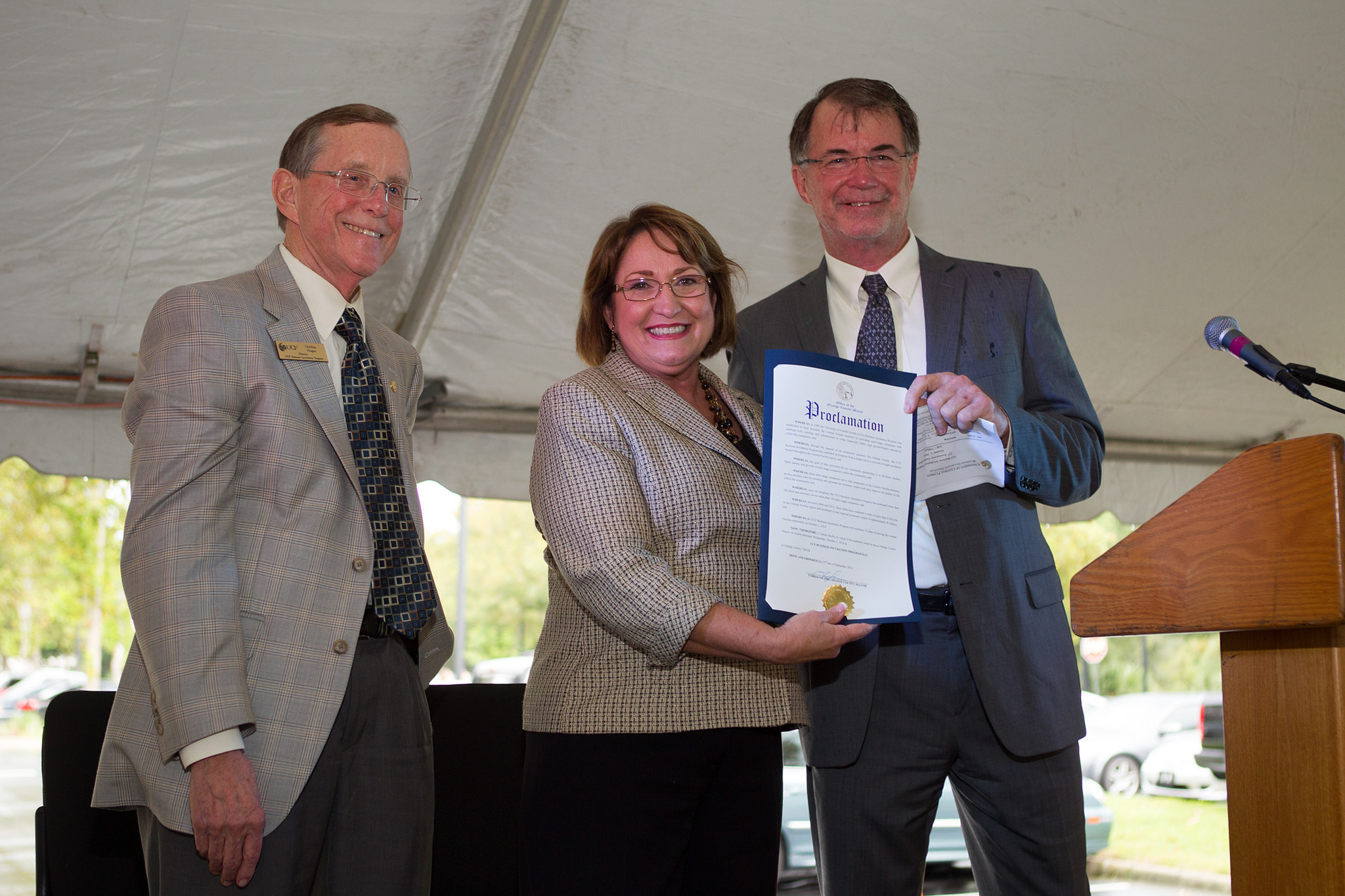 Since its inception in 1999, the Business Incubation Program has assisted more than 300 businesses in the Central Florida area, mostly in Orange County. The program currently provides resources and training to more than 145 regional small businesses.

“We don’t create jobs, but we do create the ecosystem and environment that allows companies to grow and create jobs,” said Gordon Hogan, director of the UCF Business Incubation Program.

Throughout the years, companies who graduated from the program have produced more than 3,000 jobs in the community and contributed $2.48 billion to Central Florida’s economy.

“In the early days, Orange County helped put up our first resources,” said M.J. Soileau, vice president of UCF’s Office of Research and Commercialization. “They helped us create one of the crown jewels of UCF.”

Orange County was the first funding partner of the Incubator Program and assisted with the development of UCF’s initial anchor facility in Research Park, which is the largest of the eight incubators. Other Incubators are located throughout Central Florida and include facilities in Orlando, Orange County, and the cities of Apopka, Daytona, Kissimmee, St. Cloud and Winter Springs.

Orange County Mayor Teresa Jacobs spoke about the program as an integral part of Orange County’s economic strategy at the event.

“When we talk about creating a sustainable community—a place where our children will flourish and where there is abundant opportunity—we must start from a place of economic stability, and that means jobs,” Mayor Jacobs said. “Thanks to UCF, countless start-ups, expansions and new businesses are on their way.”

Hoverfly Technologies, Inc. is just one of the many companies that the UCF Incubation Program has helped nurture. The company develops aerial robotic drones for commercial, industrial and personal use. Hoverfly Technologies created advanced technology that helps agriculture producers fight against the disease of their crops while improving productivity.

“The Incubation Program was a great way to help us get started,” Stacy Ducharme, vice president of marketing and sales for Hoverfly Technologies, said. “It gave us the opportunity and a home base to make our company happen.”

A collection of photos from the UCF Business Incubator celebration are available on Flickr for use by the media.