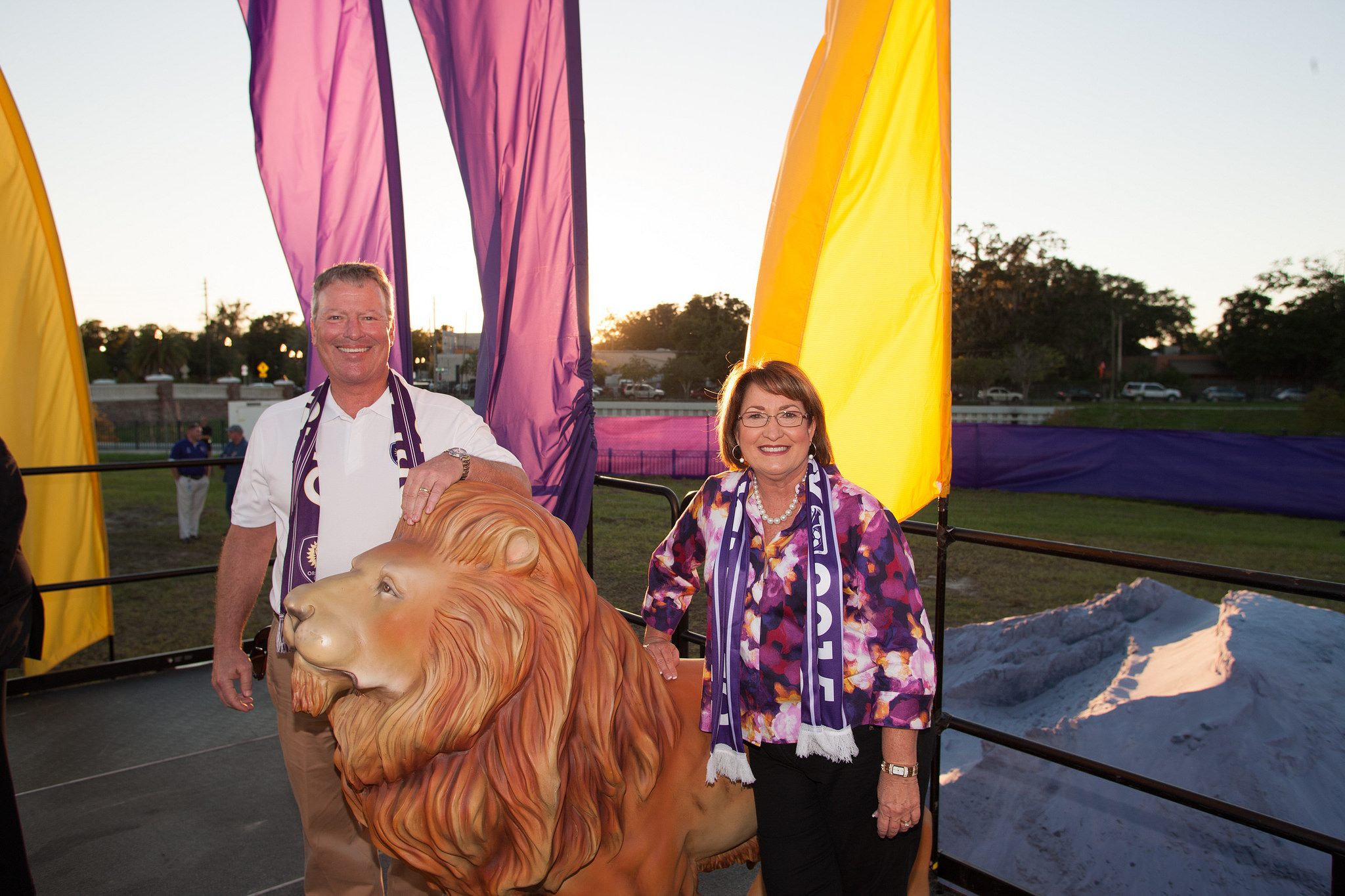 Orange County joined the community in celebrating the historic groundbreaking of Orlando City Soccer’s new stadium in downtown Orlando on Thursday. This marks a monumental milestone in the continued transformation of Orange County into a mecca of economic, cultural and sports opportunities that are essential in the support of our increasingly diverse and creative population.

Orange County Mayor Teresa Jacobs, City of Orlando Mayor Buddy Dyer, Orlando City Owner Flávio Augusto da Silva, President and Founder Phil Rawlins and Major League Soccer President Mark Abbot addressed attendees at the future stadium site and shared their excitement for the new sporting complexes in downtown Orlando. Showcasing the No. 1 sport in the world, the new stadium will have a transformational economic impact for Orange County and will usher in a new era for the region as the “Soccer Capital of the South.”

In 2013, Orange County approved the usage of tourism tax dollars for a $94.5-million venues package marking the beginning of a transformational era of sports, creativity, and arts-driven economic development and innovation for the region. The state-of-the-art venue will be home to the Orlando City Lions beginning in the 2016 season.

“Bringing Major League Soccer to Orlando is a huge win for our entire community, and will positively impact our local economy and families, as well as international visitors,” Mayor Jacobs said. “With the exploding popularity of soccer among Central Florida’s youth and adults, and with soccer ranking as the number one international sport, this new outdoor public stadium will be treasured by soccer-loving fans from home and abroad!”

“Today marks more than a mere stadium groundbreaking, it marks the beginning of a new era for the community, our fans and our team.” said Rawlins. “We are immensely proud to be a part of such a transformational project, which will bring world class soccer to the ‘Soccer Capital of the South,’ along with economic opportunity and jobs.”

The stadium will be designed and constructed by Populous, Barton Malow, and ICON Venue Group. During construction of the new stadium, the team will play their inaugural 2015 season at the Orlando Citrus Bowl, which is currently undergoing a $200 million renovation.

Following the groundbreaking, festivities continued through the streets of downtown Orlando. Fans, community leaders and team members gathered to celebrate the historic occasion.

A collection of photos from the march and the groundbreaking can be found on Flickr for use by the media.