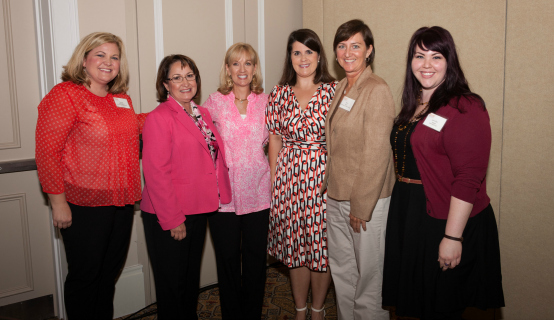 Orange County Mayor Teresa Jacobs joined community leaders at the 2015 Orlando Women’s Conference attended by hundreds of entrepreneurs and small business owners from Central Florida. Mayor Jacobs opened the conference and participated in a panel discussion on Central Florida’s new branding campaign, “Orlando. You don’t know the half of it.”

“I came from a family where my mom and dad had a great impact on me,” Mayor Jacobs said in her opening remarks. “We must remember that in our roles as teachers, leaders, coworkers or team members, we are also mentors. Especially for the young women in our lives, we are role models.”

The conference, now in its fifth year, attracts entrepreneurs, community leaders, businesswomen and members of philanthropic organizations. Attendees learned about the importance of mentoring, branding and guiding the women leaders of tomorrow.
As part of a panel discussion titled “Let’s Build our Brands,” Mayor Jacobs highlighted Central Florida’s new branding initiative, “Orlando. You don’t know the half of it.”

As part of a panel discussion titled “Let’s Build our Brands,” Mayor Jacobs highlighted Central Florida’s new branding initiative, “Orlando. You don’t know the half of it.”

Research conducted by the branding committee revealed that the Metro Orlando region’s messaging did not resonate with corporate executives outside Central Florida and business relocation decision makers. One of the initial goals of the branding initiative is to position the region to C-level executives and site-selection consultants in targeted domestic and international markets as the ideal place to do business. Television and print ads are currently being broadcast and displayed across the country.

Mayor Jacobs encouraged attendees to learn more about the regional branding campaign on the County’s website.

A collection of photos from the 2015 Orlando Women’s Conference are available for use by the media and are located on Flickr.