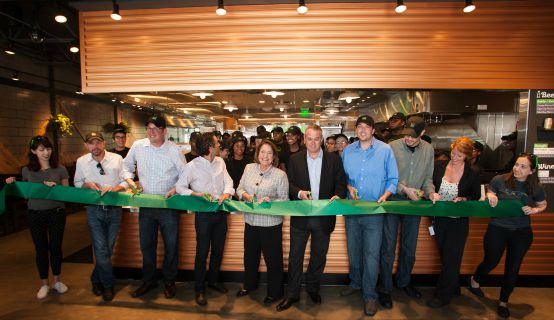 With the $187 million capital improvement project underway at the Convention Center and by investing in roadways, infrastructure, transportation connectivity and pedestrian projects that enhance the quality of life for citizens and visitors, the region is securing a dynamic future for generations to come. The County is leading to work on the creation of a revitalized vision for the I-Drive tourism district, which will showcase new dynamic spaces, including pedestrian plazas, dedicated transit lanes and sidewalk enhancements for local residents and guests to enjoy.

Located in the heart of the I-Drive tourist district is the I-Drive 360 complex, which is home to the Orlando Eye observation wheel; Madame Tussaud’s, an immersive and interactive wax experience; SEA LIFE Orlando Aquarium and a blend of attractions, restaurants, clubs and shops.

“We’re thrilled to welcome Shake Shack to Orange County’s famed International Drive,” said Mayor Jacobs. “I-Drive is the perfect place for our region’s second Shake Shack and a welcome addition to the outstanding selection of dining and entertainment options within the number one tourism destination in the country!”

“We’re so thankful for the warm reception and continued support we’ve received from our fans since opening in Winter Park last year,” said Shake Shack CEO Randy Garutti. “We’re excited to be a part of the dynamic I-Drive 360 destination and looking forward to this Shack being part of the community, welcoming Orlando locals and visitors alike.”

Photos from the Shake Shack I-Drive grand opening are available on Flickr for the media.