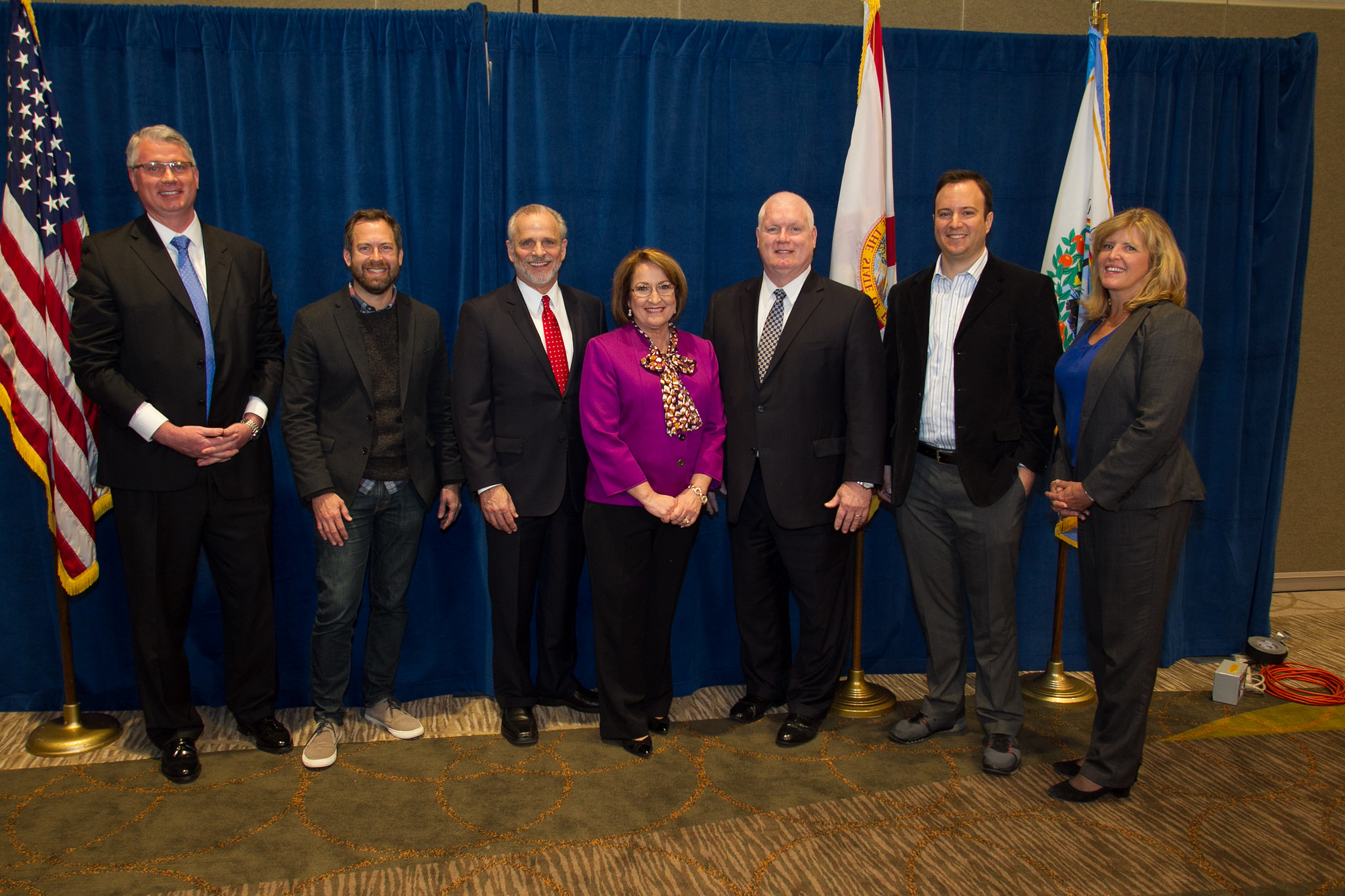 Now in its fourth year, the Economic Summit is hosted annually by Mayor Jacobs and provides an annual report on the economy, and highlights strong business sectors and growing industries. This year’s Summit was attended by more than 650 citizens and community leaders eager to hear about the region’s flourishing economy.

Fred Kittinger, associate vice president of university relations and director of state and local government affairs at the University of Central Florida, presided as the event’s Master of Ceremonies.

Mayor Jacobs kicked off the Summit by reiterating her support of the region’s strong modeling, simulation and training (MS&T) sector, and the exponential growth of the Central Florida’s digital and technology sectors. The region’s MS&T sector contributes more than $4.8 billion to Florida’s gross state product and directly employs more than 27,000 Floridians, with an average annual salary of almost $70,000.

“You’ve got a partner in Orange County, and together, we’re creating a future in which opportunity is boundless and where businesses can truly succeed,” Mayor Jacobs said during her remarks. “Already we are a global leader in digital media, optics and photonics, bio and life sciences, and of course, modeling, simulation and training.”

Nationally recognized economist Sean Snaith, Ph.D., director of the University of Central Florida’s Institute for Economic Competitiveness, provided his annual economic forecast at the Summit. Snaith noted that the economy in 2015 ended on a strong note with job creation, which was not just in leisure and hospitality, but other high-paying sectors.

“The sun continues to shine brightly on Orange County’s economy,” Snaith said. “There are some clouds that we have to be mindful of, which includes global factors such as the recessions in Brazil and Canada.”

Rick Weddle, president and CEO of Orlando Economic Development Commission, provided an Economic Update on the region and presented a video titled the
Orlando EDC’s Year of Opportunity.

“We are once again one of the country’s leading growth centers, and that’s creating opportunity for all of us,” Weddle said. “In fact, Orlando is growing closer to double the rates of population growth in the U.S. We are the second fastest growing large metropolitan area in the nation over the last few years.”

The panel gave an overview of the County’s growing technology ecosystem and highlighted what is needed to continue growth and make Orange County the hub for innovative entrepreneurship providing high paying jobs and economic advancement.

“I think we’ve done a great job these last few years of creating the platform that these tech entrepreneurs need to get started,” Mackenzie said. “Investing in early stage companies is very risky, but the rewards are great.”

“TechMatch is a natural continuation of our Economic Summit series, because it encourages established companies to learn about the unique skills and innovations that are happening throughout Central Florida,” Mayor Jacobs said during her remarks opening Florida TechMatch.

Photos from the 2016 Economic Summit and Florida TechMatch may be found on Flickr for use by the media.