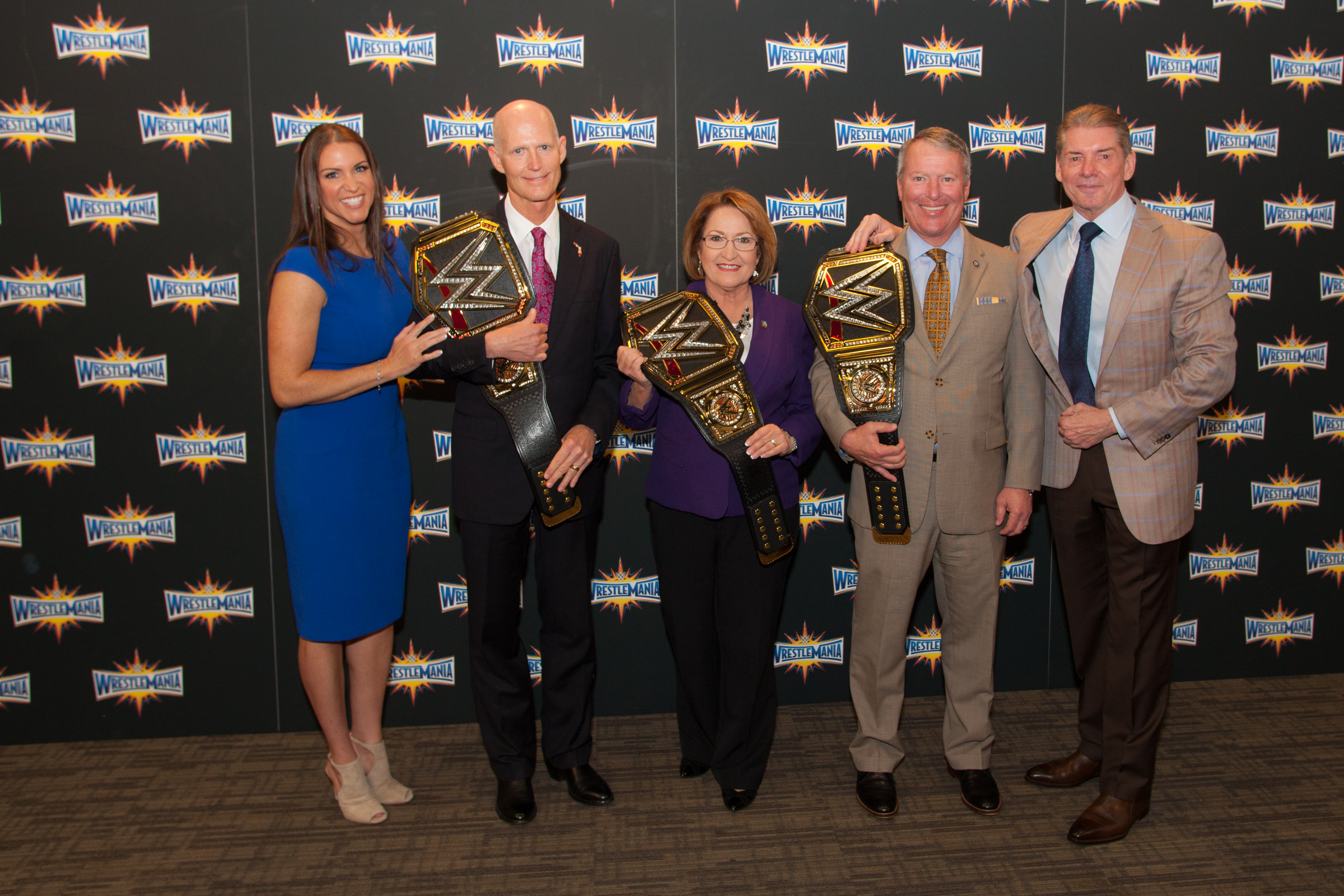 “We are delighted that WWE has chosen Central Florida as the host destination for its signature event,” said Orange County Mayor Teresa Jacobs. “The week-long series of events will provide a significant economic boost to our region, while giving visitors a chance to experience Orlando’s world-class attractions.”

WrestleMania is more than just a one-day event; it’s a week-long celebration that will stretch throughout Orange County. In addition to WrestleMania, other activities will include: WrestleMania Axxess – WWE’s four-day interactive fan festival at the Orange County Convention Center; the 2017 WWE Hall of Fame Induction Ceremony at the Amway Center; Monday Night Raw® at the Amway Center; Be a STAR® anti-bullying rallies; hospital visits, and other community outreach initiatives designed to give back to the host community.

“We’re excited to bring this event back to Orlando. Florida set a tourism record by welcoming 105 million visitors in 2015, and WWE will help bring even more visitors to Florida in 2017,” said Florida Governor Rick Scott. ”We’re excited WWE once again chose Florida to host WrestleMania.”

The event will be broadcast live on WWE Network and pay-per-view in more than 180 countries. The Citrus Bowl previously hosted 75,000 fans for Wrestlemania in 2008.

“The city of Orlando is extremely proud to have WrestleMania return to the Citrus Bowl,” said Orlando Mayor Buddy Dyer. “WrestleMania 33 will proudly display to the world the incredible reconstruction that recently went into transforming the iconic Citrus Bowl.”

For four consecutive years, WrestleMania has generated more than $100 million in economic impact for its host region. This year, WrestleMania 32 takes place Sunday, April 3, at AT&T Stadium in Arlington, Texas.

“Orlando is the home to so many family-friendly, global attractions so it’s only fitting that it once again plays host to WrestleMania,” said WWE Chairman & CEO Vince McMahon. “On behalf of everyone at WWE, thank you Governor Scott, Mayor Dyer and Mayor Jacobs for bringing WrestleMania back to the Citrus Bowl.”

In 2013, Orange County also welcomed the WWE’S state-of-the-art Global Performance and Training Center. The 26,000-square-foot facility has seven training rings, a world-class strength and conditioning program, and cutting-edge editing and production facilities, giving WWE the ability to train more potential performers than ever before through a comprehensive program, including in-ring training, physical preparedness, and character development.

Full Sail University also produces the WWE’s live “NXT” TV show every month. Over the past three years, NXT has awarded $250,000 in scholarships to the students at Full Saul University.

View photos from the announcement on Mayor Jacobs’ Flickr album.