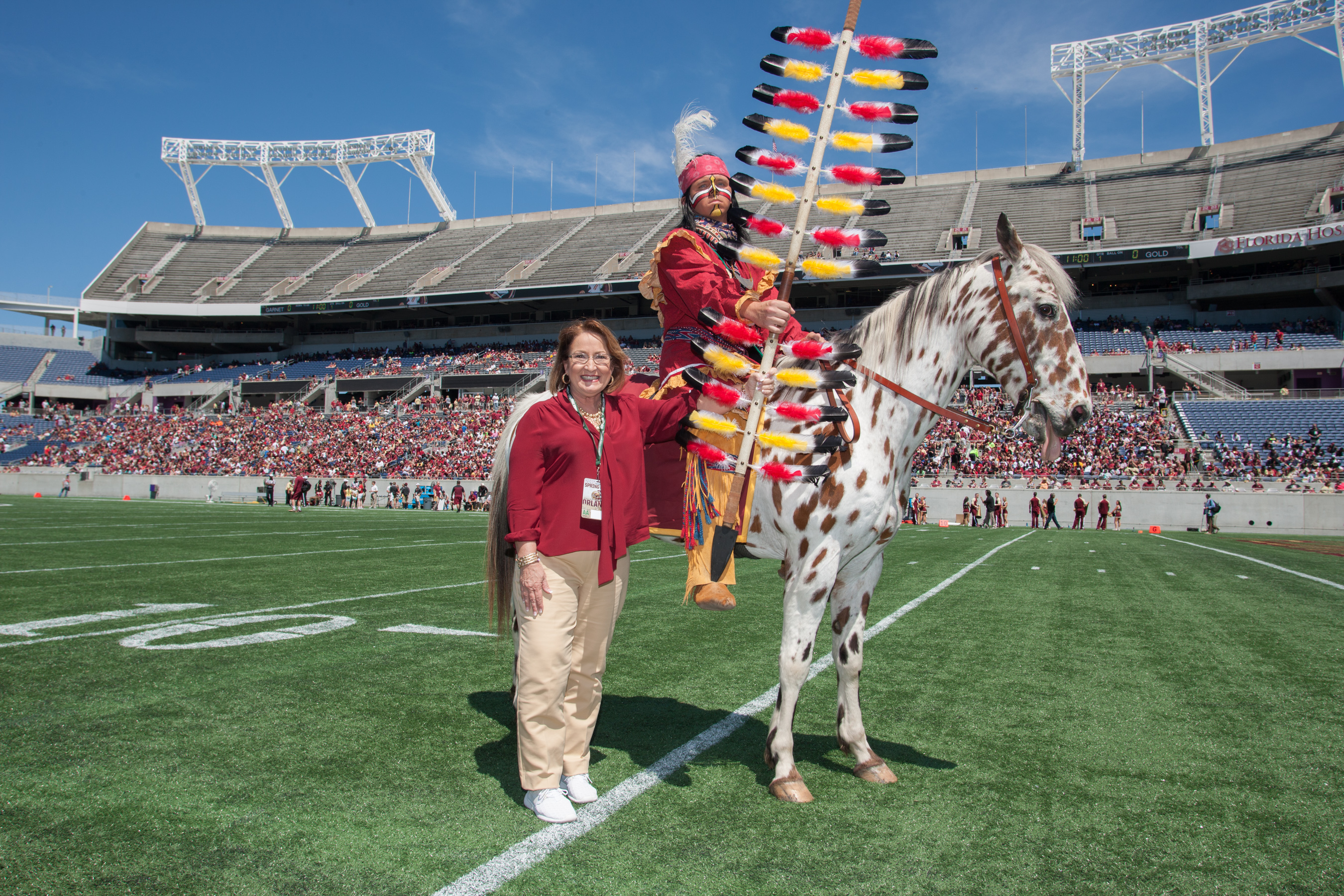 Mayor Jacobs and Commissioner Boyd attended the game as proud alumni to support their alma mater. The Seminoles’ intra-squad scrimmage ended in a 24-24 tie.

“The short term construction challenges of building the Champions Club in Doak Campbell stadium has provided a unique opportunity for our 2016 spring football game,” said FSU athletic director Stan Wilcox. “We are pleased to offer our fans greater access to Florida State football at an exciting and refurbished venue in one of the best destination cities in the world.”

This won’t be the last time Seminole fans will be gathering at the Orlando Citrus Bowl. The University of Mississippi and Florida State University will open the 2016 football season at the Citrus Bowl as part of the first annual “Orlando Kickoff Game.” The neutral-site season opening game between the Rebels and Seminoles will be played on Labor Day, Monday, Sept. 5, 2016, and will be televised nationally by ESPN.

The Orlando Citrus Bowl recently reopened in 2014 as part of a $94.5 million venues package to transform Orange County into a mecca of economic, cultural and sports opportunities to support the region’s increasingly diverse and creative population for generations to come.

The new Citrus Bowl was constructed in less than 10 months and replaced 90 percent of the stadium with brand new construction, creating an improved fan experience and utilizing the latest technology in the region’s largest stadium venue. There are now 65,000 seats available for fans and three, large state-of-the-art video scoreboard displays.

Since being constructed in 1936, the Citrus Bowl has hosted numerous outstanding athletic events, including World Cup Soccer, Florida High School Athletic Association events, and many high-profile college and bowl games, including star-studded performances from the Rolling Stones, Aerosmith, and the Eagles.

Photos from the spring game may be found on Flickr for use by the media.