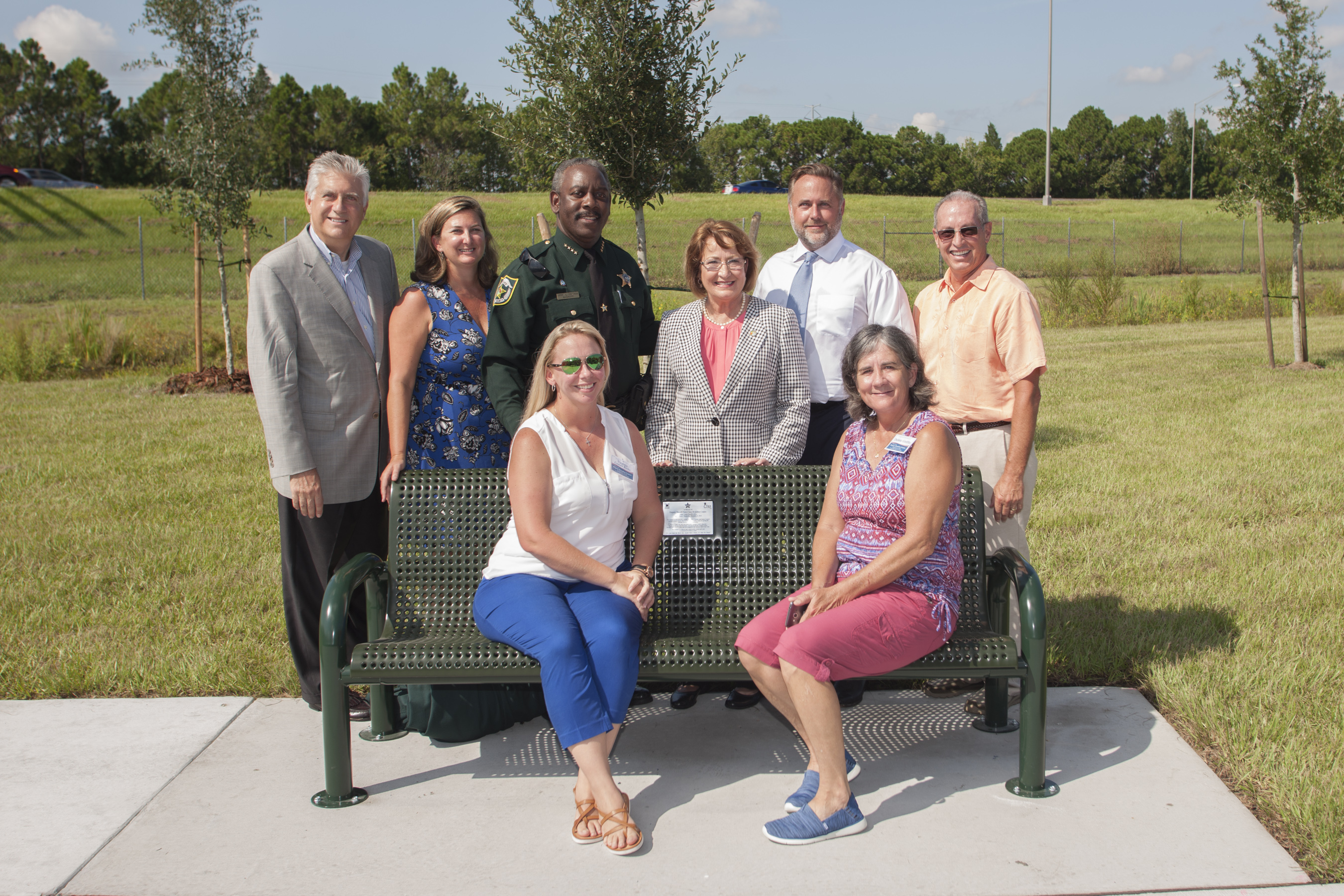 The park was officially dedicated in memory of Orange County Sheriff’s Deputy First Class Brandon Lee Coates, who was killed in the line of duty while making a traffic stop in December 2010.

“We will never forget the warrior and fearless leader that Brandon was known to be, the loving heart that he brought to work each day, or the devotion that he had to his wife, family and friends,” Mayor Jacobs said during the ceremony. “By naming this Orange County community park in tribute to the beloved Deputy Brandon Coates, it will serve as a place of gratitude for his service.”

Coates served two tours in Iraq with the U.S. Marine Corps prior to joining the Orange County Sheriff’s Department.

“The park is a place I can now bring my children and others, and it will bring smiles to their faces as he did to so many,” said Ricks. “I would like to thank everyone who made this possible and all who worked many hours on building this amazing park. I am forever grateful.”

Together, Mayor Jacobs, Commissioner Boyd, Commissioner Thompson, Sheriff Demings as well as Deputy Coates’ mother and widow unveiled a memorial bench dedicated to Deputy Coates. The inscription on the bench describes Deputy Coates as having “a warm smile, a kind spirit and a compassion for those in need.”

The mile-wide property, which is located south of the Deerfield community at 3815 Substation Road, is situated east of John Young Parkway and west of Orange Blossom Trail in Orange County District 1 along the border of District 4.

Commissioner Boyd approached the Orange County Parks’ Advisory Board and garnered the support of Mayor Jacobs and the Board of County Commissioners to name the park after Coates.

“Not only is the park a lasting tribute to an Orange County hero, but it’s a beautiful space that residents and guests will get to enjoy for generations to come,” said Commissioner Boyd.

“It is fitting that our newest park is named after one of Orange County’s true hometown heroes, Deputy Brandon Coates,” said District 4 Commissioner Jennifer Thompson. “It’s truly a tribute that honors his legacy and I am positive that residents in our region will thoroughly enjoy and appreciate all of its amenities.”