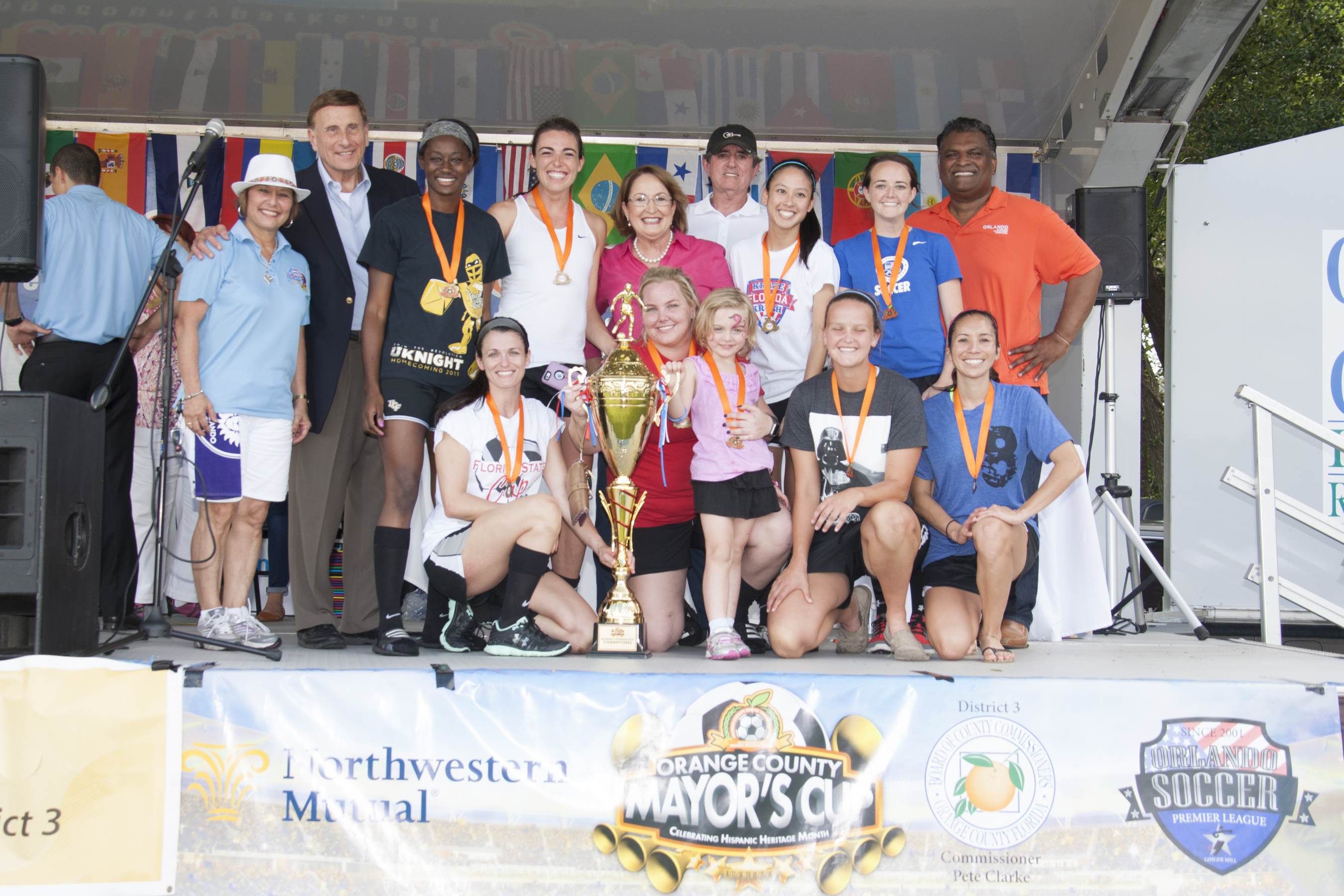 “From extraordinary culture, arts, academic achievement and leadership, our Hispanic citizens have had an incredibly positive impact on our community,” Mayor Jacobs said. “We know that Orange County is a great place to live, but it’s more than that. It’s also a place where we value distinct customs and traditions and a place where we don’t just value diversity, we celebrate and embrace it.”

“The Mayor’s Cup soccer tournament showcases the year-round work of the Hispanic soccer community in Central Florida,” said Moncaleano. “It is an opportunity to unify the community and award the passion and achievements that Hispanics bring to the beautiful game in the U.S.”

Diana Almodovar, Orange County Public Works Development Engineering Manager, serves as president of the Hispanic Heritage Committee and was proud to be part of yet another successful Orange Fiesta in the Park.

“Orange Fiesta in the Park is a celebration of the contributions that Hispanics have had in Orange County,” said Almodovar. “We are happy to have the community join us in this celebration.”

The Hispanic Heritage Committee of Greater Orange County is a volunteer-based organization founded with the purpose of providing opportunities that promote and highlight the contributions made by individuals of Hispanic descent in the community. All proceeds from food sales during Fiesta in the Park will go toward scholarships for local Hispanic students.

Photos from Orange Fiesta in the Park may be found on Flickr for use by the media.