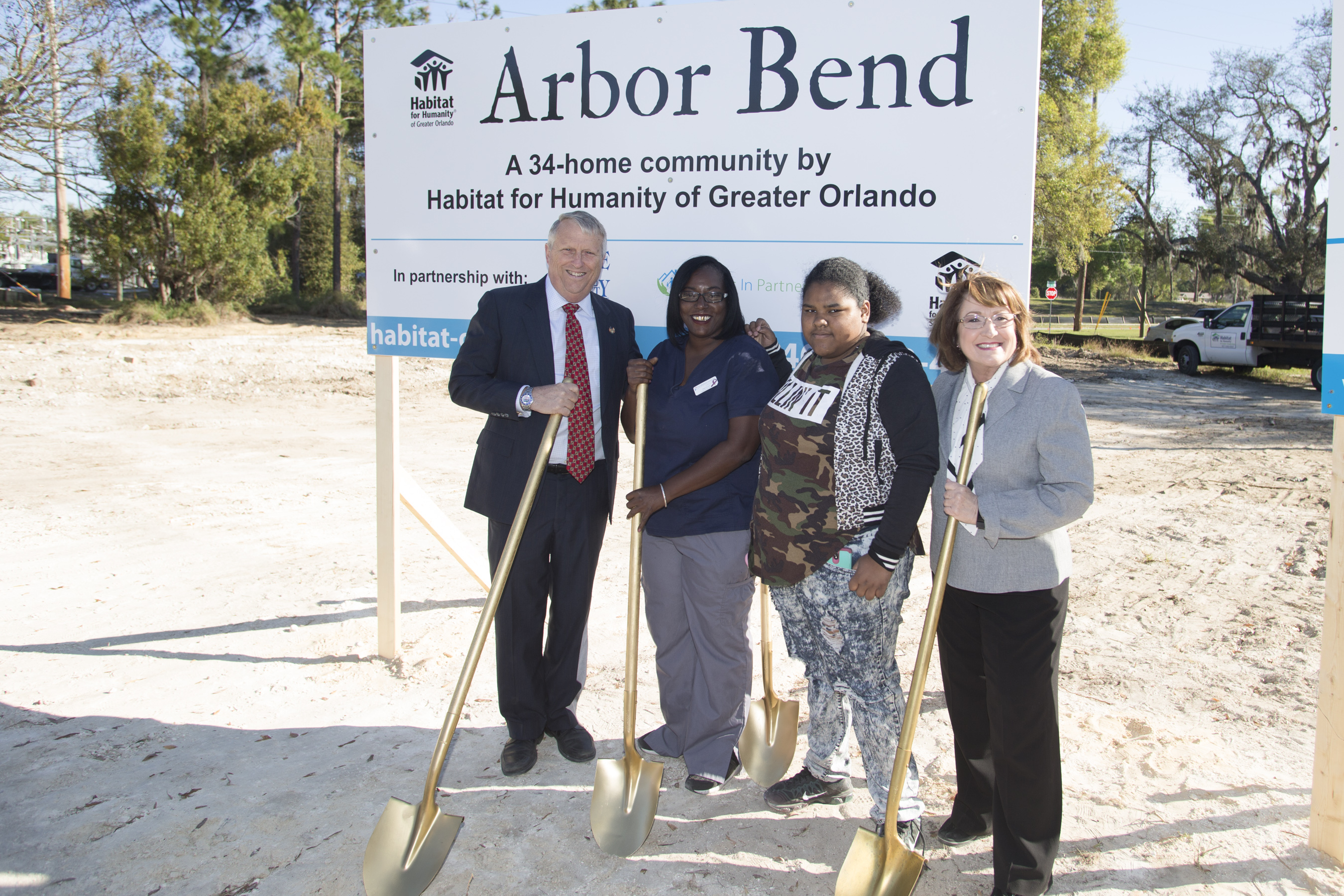 In an effort to address the shortage of affordable housing for low-and very low-income households in Orange County, the County is utilizing $724,000 of INVEST funds for construction activities related to the site development of Arbor Bend and Juniper Bend.

Homes in Partnership, Inc. – a nonprofit affordable housing provider – will act as the developer of the property. Habitat for Humanity of Greater Orlando and Habitat for Humanity of Seminole County and Greater Apopka will construct all 56 affordable homes for very low and low-income families. Household incomes can range from $18,000 to $46,000 depending on household size.

“This neighborhood will do so much more than provide homes to families in need of an affordable place to live,” Mayor Jacobs said. “It will restore hope, bring stability to the families and have a positive ripple effect on the entire community.”

Future Habitat homeowner Nichole Griggs spoke during the groundbreaking ceremony and expressed excitement about finally having stability for her family.

“I was born and raised in Apopka and work two jobs and I am fully committed to seeing this dream become a reality,” Griggs said. Griggs has already donated 150 of the 200 required “sweat equity” hours to Habitat for Humanity in order to qualify for home ownership. “I’m so thankful for this opportunity and for a chance for stability. I can’t tell you how much this means.”

This affordable housing investment was unanimously approved by the Orange County Board of County Commissioners. Under the leadership of Mayor Jacobs, Orange County has allocated a total of $5 million of local INVEST funds to be leveraged with other public and private resources in order to create new affordable units for low and very low-income households. Through the INVEST initiative, there are multiple programs and projects aimed directly at expanding access and inventory of affordable housing. Other projects include contributing $1 million of INVEST funds into the Wayne Densch Center – a 77-unit permanent supportive housing community for homeless families and individuals. Construction activities are slated for September 2017. In addition, $1 million on INVEST funds have been earmarked for the 70-unit Goldenrod Pointe Apartments, a new affordable rental community for low-income households. The project is slated to open in mid-May.

Habitat for Humanity will start construction on homes in June 2017.