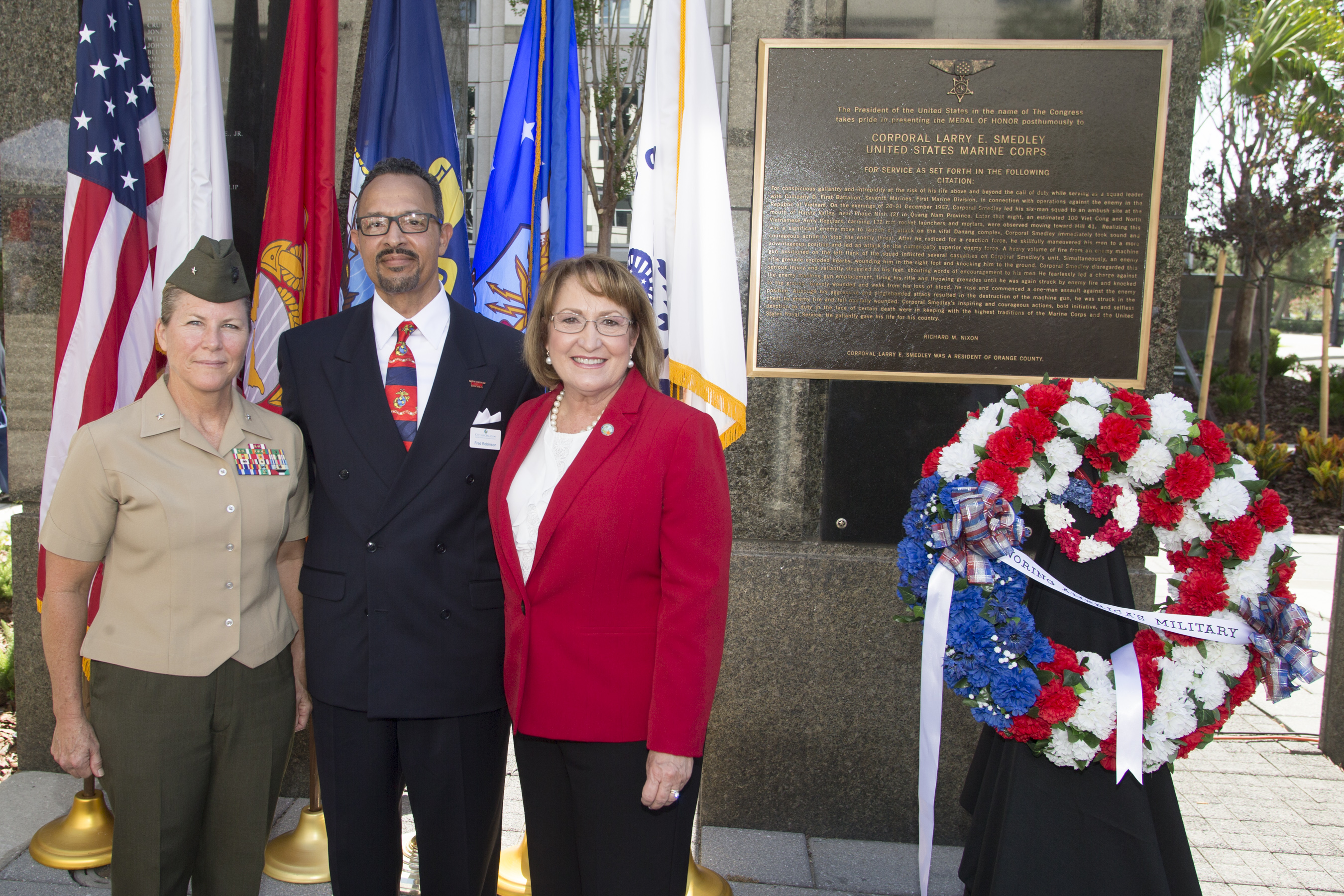 “Remembering those who have made the ultimate sacrifice is a sacred duty. We must never forget their service, and we must never forget the price paid by their families,” said Mayor Jacobs during her remarks. “On this Memorial Day, as armed conflicts continue in many places throughout the world, we memorialize the courage, valor and honor of America’s heroes.”

Brigadier General Pratt joined Mayor Jacobs and the Orlando Devil Dogs Young Marines Unit, in the laying of a commemorative wreath, which was followed by the playing of “Taps,” performed by the Winter Park High School Brass Quintet. The Young Marines is a national non-profit youth education and service program for boys and girls that promotes the mental, moral and physical development of its members. The Orlando Devil Dogs are the local affiliate unit.

The Memorial Wall features the names of the service men and women who lost their lives serving in the Armed Forces. No new names were added to the memorial this year.

Mayor Jacobs also read a resolution encouraging citizens to observe Memorial Day and pay special tribute to those who gave their lives in the name of freedom and democracy.