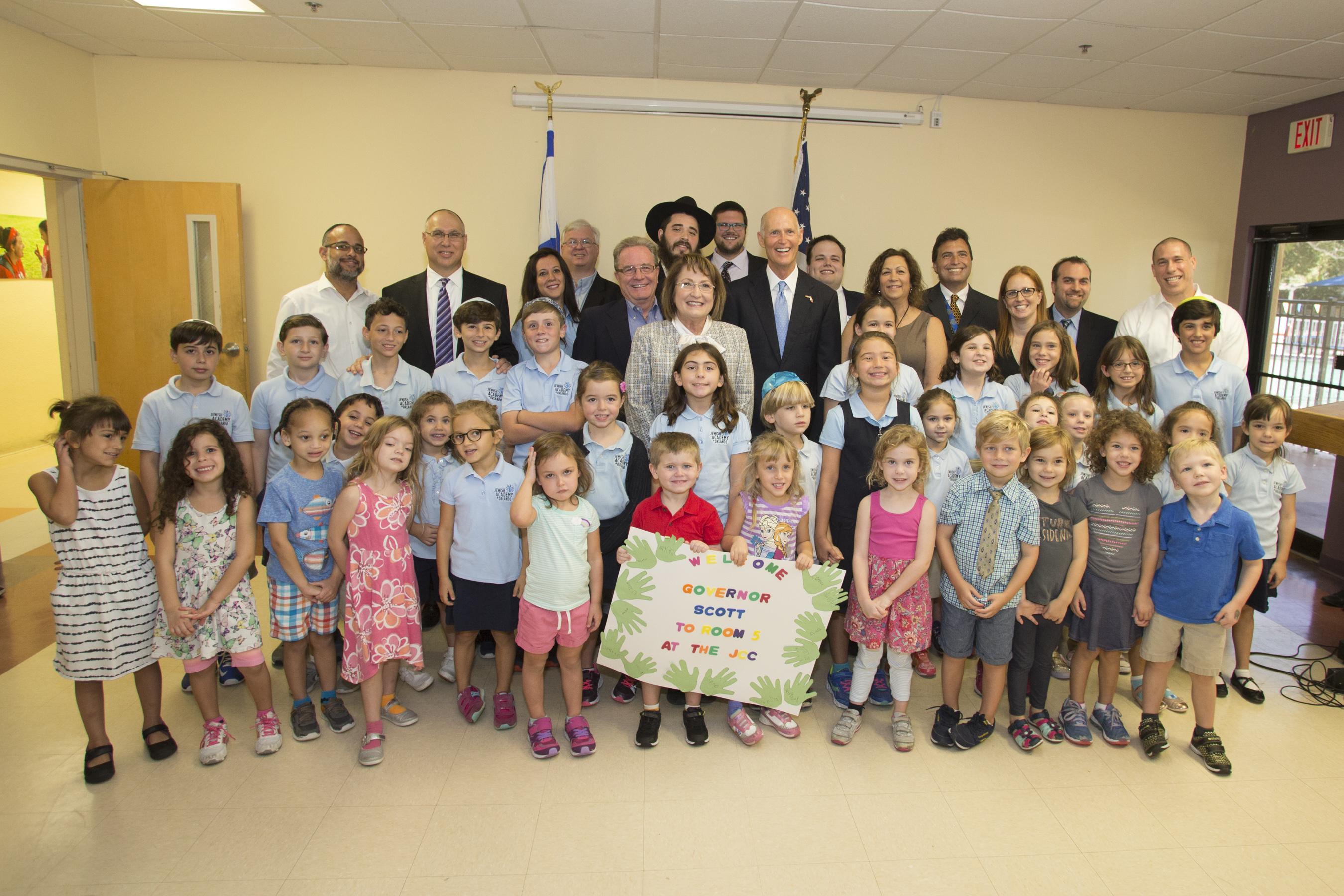 This funding would be available to all Florida Jewish Day Schools to help provide security and counter-terrorism upgrades such as video cameras, fences, bullet-proof glass, alarm systems and other safety equipment.

“Every Florida student deserves to have the opportunity to learn in a safe and comfortable setting. After Florida’s Jewish community received hateful threats last year, we saw the need to provide additional security, so the children that attend Jewish Day Schools can learn without having to worry about feeling threatened,” Gov. Scott said. “While last year’s investment will make a huge difference, we must continue to do more. I look forward to working with the Legislature to provide this important funding and will continue to work with our federal partners and members of Florida’s Jewish community to ensure the safety of families and students.”

It was the second time Gov. Scott visited the school. Both Gov. Scott and Mayor Jacobs were warmly greeted by students and staff. Dignitaries also met with school officials and security staff who provided a tour of the campus to see some of the safety implementations already in place to keep students safe.

“The reason Orange County is special is because we have this incredible culture. We come together and we love each other in spite of our differences,” Mayor Jacobs said. “These wonderful children represent our future, a future that here in Orange County is as bright as it can be.”

Mayor Jacobs praised the Governor for what she described was an “investment in our security, our children and our strength.”

Currently, thousands of Florida students attend Jewish Day Schools. Earlier this year the Governor signed the Fighting for Florida’s Future budget, which provided more than $654,000 in security funding for Jewish Day Schools. Read more about the proposal by visiting, www.flgov.com.