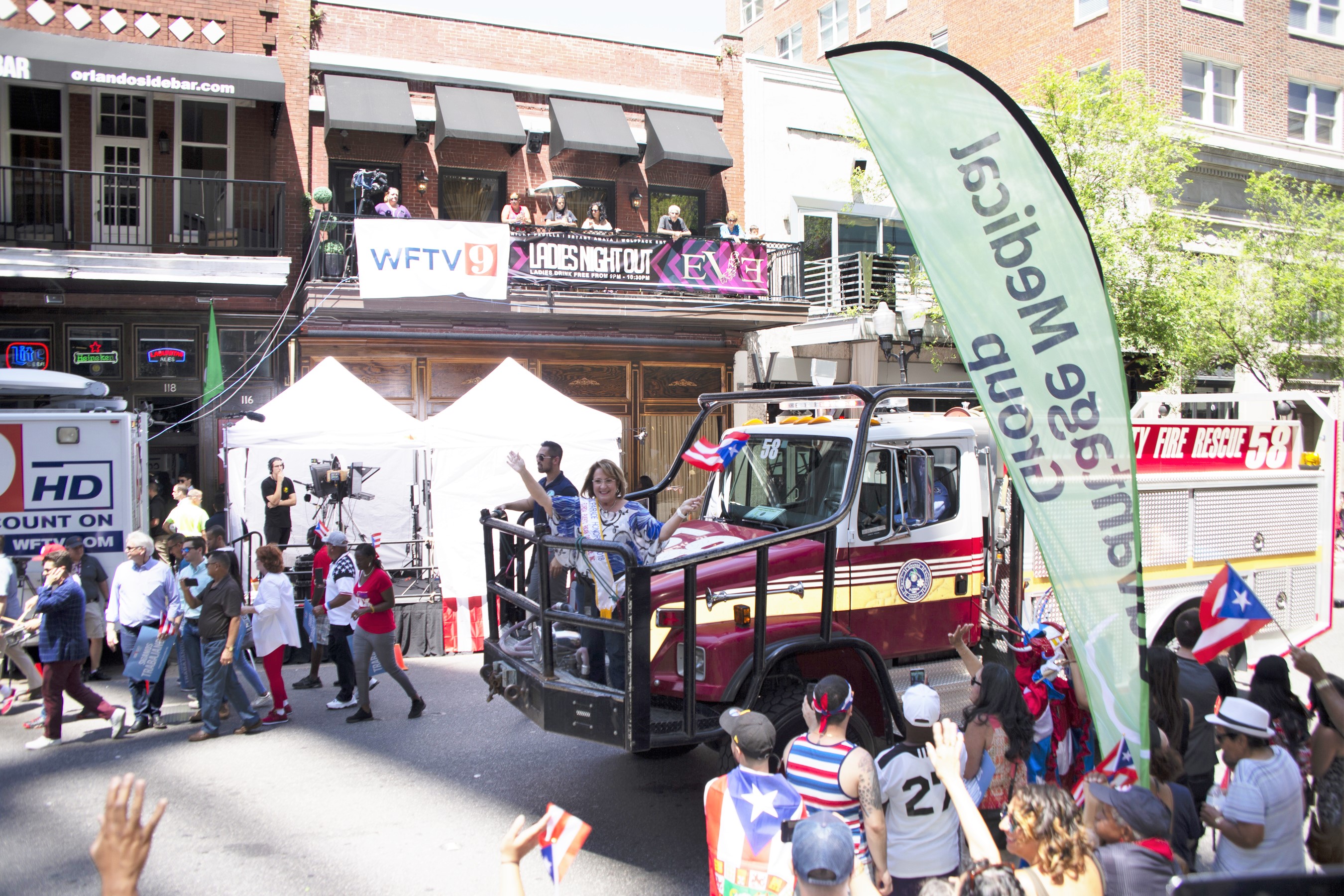 Mayor Teresa Jacobs joined Orange County to celebrate two events recognizing the contributions of the local Puerto Rican community. Mayor Jacobs participated in the Puerto Rican Gala and Scholarships Awards Dinner on April 26 at the Double Tree by Hilton Orlando at SeaWorld and the Puerto Rican Parade and Festival, which took place on April 28 in Downtown Orlando.

“Puerto Rican influences are echoed throughout our community,” Mayor Jacobs said. “Through their entrepreneurial contributions to our local economy and their cultural, culinary, artistic, and musical flavor, our Puerto Rican brothers and sisters help make Orange County the best place to live, work, play and raise a family.”

At the Gala, Mayor Jacobs was recognized for her leadership and compassion for those who evacuated to Orange County after Hurricane Maria devastated the island in Sept. 2017. The Gala and Scholarships Awards celebration is destined to become a milestone event uniting families from across the region and from the Island of Puerto Rico.

The Florida Puerto Rican Parade and Festival took place along Orange Avenue in Downtown Orlando, and culminated at the Dr. Phillips Center for the Performing Arts’ Seneff Arts Plaza. The Parade was dedicated to Puerto Rico and the theme was “A New Beginning,” in recognition of the island’s resiliency and strength of its people. Mayor Jacobs was named a 2018 Parade Honoree.

In keeping with Central Florida’s long history of neighbors helping neighbors and its culture of care and compassion, Orange County Government collaborated and partnered with numerous organizations and local agencies to assist in relief and recovery efforts for Puerto Rico and the U.S. Virgin Islands impacted by Hurricane Maria.

In the weeks following Hurricane Maria, Orange County created a special webpage, “Puerto Rico Disaster Relief: United We Can Do More.” This resource page provides information about how local residents can participate in relief efforts and shares special events that benefit the people of Puerto Rico and U.S. Virgin Islands.

Additionally, Orange County worked with Federal Emergency Management Agency (FEMA), the State of Florida, community and faith-based organizations, the Puerto Rico Federal Affairs Administration, the Office of First Lady of Puerto Rico – Mrs. Beatriz Rosselló, the Hispanic Federation, the Heart of Florida United Way and the American Red Cross on long-term relief and recovery efforts for those who relocated to Central Florida from the U.S. Virgin Islands and Puerto Rico.