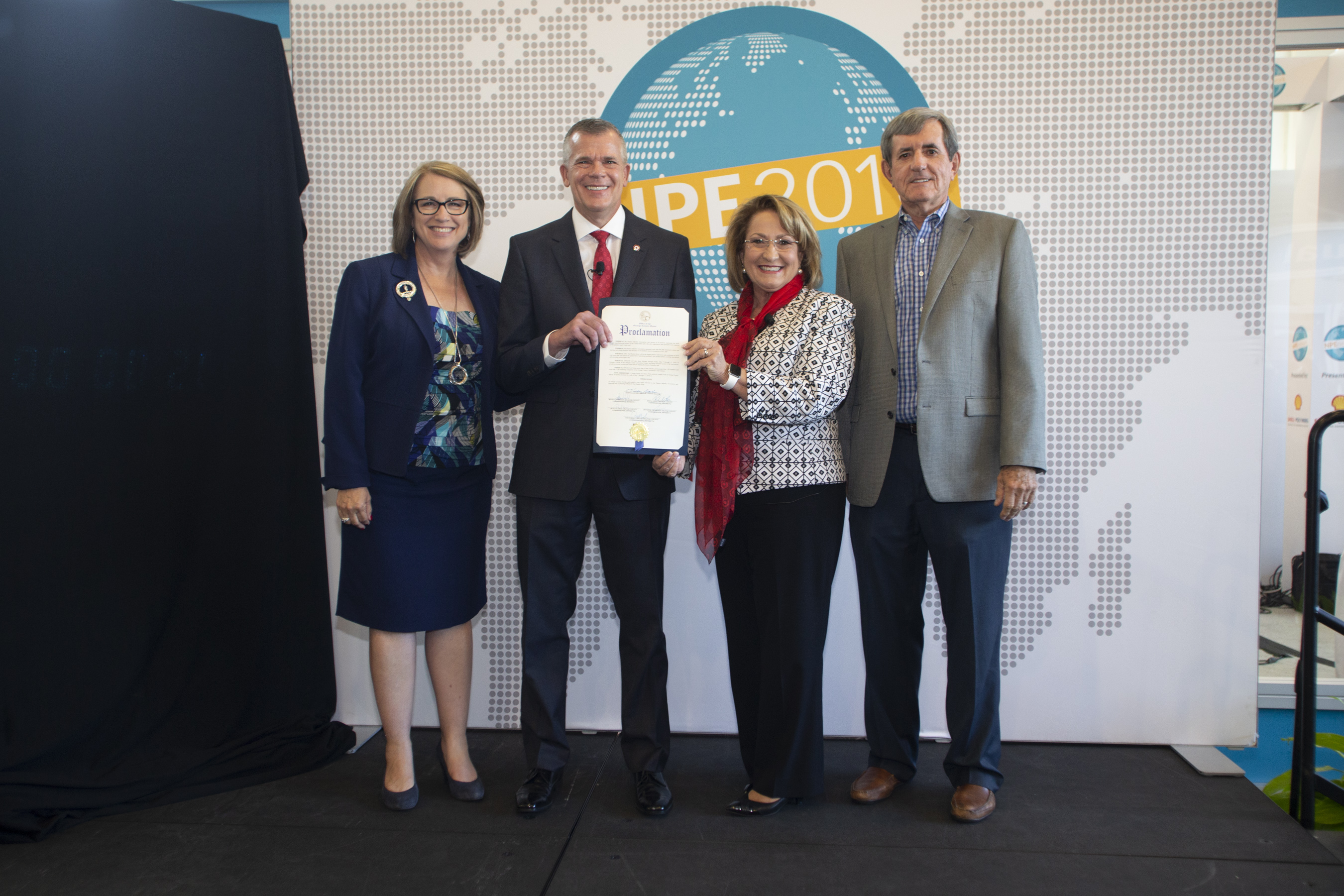 Orange County Mayor Teresa Jacobs welcomed more than 65,000 delegates from around the world to the Orange County Convention Center for the plastics industry’s global convention. With an estimated economic impact of $128 million, NPE​2018: The Plastics Show brings thousands of professionals from more than 2,000 companies and over 128 countries to Central Florida to preview the latest in plastics technology, innovation and equipment.

“I remember the first NPE show in Orlando in 2012 and, of course, the second in 2015, which was record breaking,” Mayor Jacobs said. “Both experiences were extremely inspiring and I learned so much about the plastics industry from the organizers, attendees and exhibitors.”

This year’s NPE will be the largest plastics trade show and conference, with more than 1.2 million net square feet of exhibit space filled with operating machinery, new product demos, exciting innovations and emerging technologies. This year, NPE’s goal is to divert 100 percent of the show’s waste to recycling.

The show will be held from May 7 through 11 and attendees originate from all over the world, with the largest contingencies hailing from China and Latin America. NPE2018 is estimated to have more than 11,000 international attendees.

“This has become one of my favorite events to attend. The energy is contagious, the innovation is mind-blowing, and the machinery, tools and technology on display are incredible,” Mayor Jacobs added.  “We look forward to the next three shows in 2021, 2024 and 2027.”