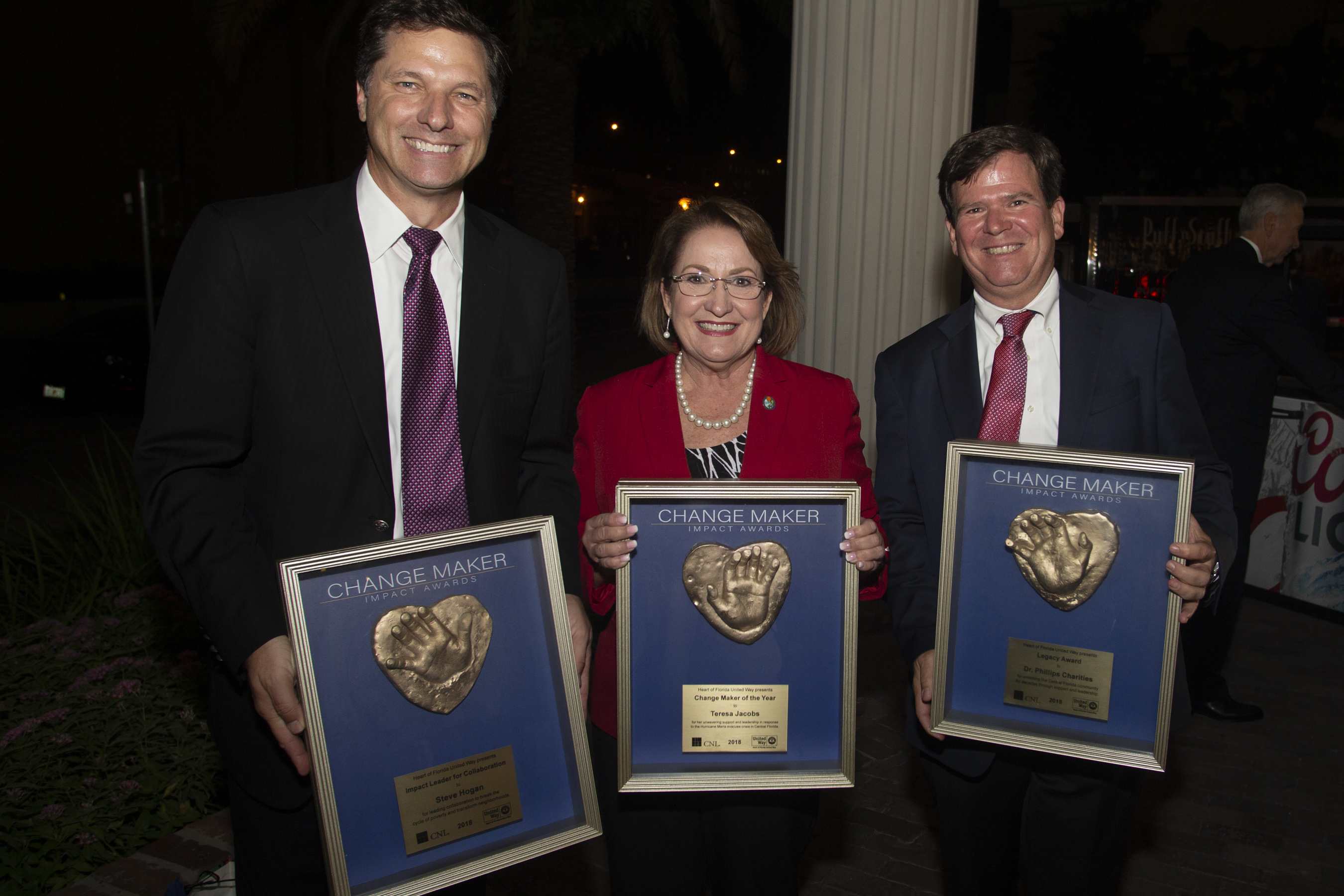 Orange County Mayor Teresa Jacobs was recognized as the Change Maker of the Year for her support and leadership in responding to Hurricane Maria and assisting victims and evacuees from Puerto Rico and the U.S. Virgin Islands. She joins an introductory class of nine Change Maker honorees.

“It is such a privilege to be included in this inaugural Change Maker Awards celebration,” Mayor Jacobs said. “I would like to recognize the countless individuals and non-profit agencies that have joined me in making an impact in our community. From the bottom of my heart, I offer my sincere appreciation for your hard work. It’s truly remarkable what can be done when we work together.”

In the weeks following Hurricane Maria, Mayor Jacobs led the charge of collaborative relief and recovery efforts, partnering with FEMA, the State of Florida, and many community and faith-based organizations to organize and activate the Florida Division of Emergency Management’s Multi-Agency Resource Center operated by United Way.

Orange County Government created the special web resource, “Hurricane Maria: United We Can Do More,” to provide information on where victims could get help from local organizations. Additionally, Mayor Jacobs with the Osceola County Board of County Commissioners and the Government of the Commonwealth of Puerto Rico hosted a free two-day Health and Family Expo at the Orange County Convention Center to provide information and health resources for Hurricane Maria evacuees from Puerto Rico and the U.S. Virgin Islands.

“Orange County has been a longtime supporter of United Way. Under the leadership of Mayor Jacobs, our partnership has continued to grow as our community has gone though some incredible hardships and challenges,” said Jeff Hayward Heart of Florida United Way President and CEO. “It is an honor to be able to recognize the work she has accomplished during her tenure, especially around the Hurricane Maria evacuee crisis.”