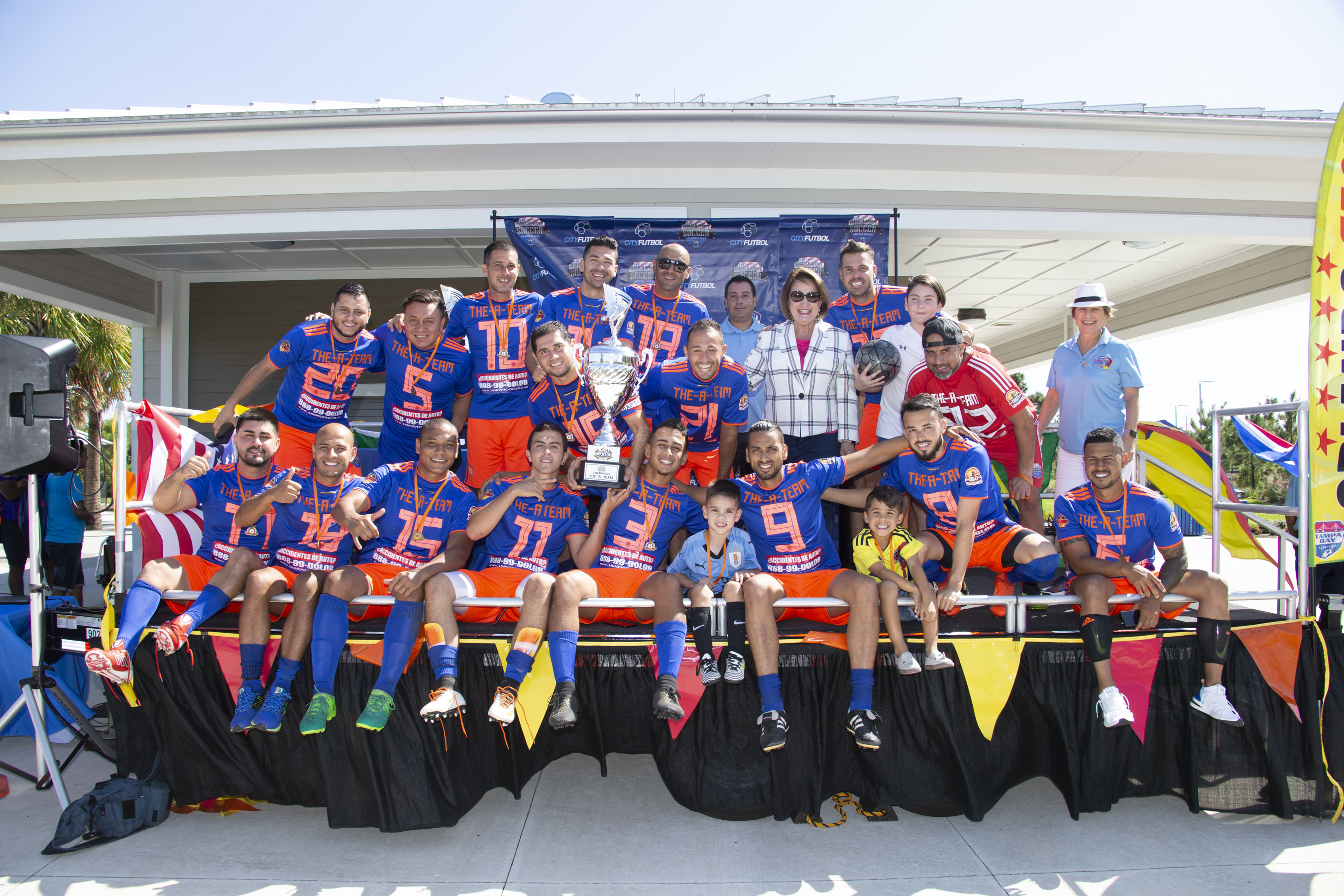 The family-friendly event featured youth and adult soccer teams from across Central Florida who competed in various championship games. The winners included The A-Team in the Men’s Premier Mayor’s Champions category, Unity FC for the Women’s Premier Mayor’s Champions category, Orlando Stars in the Soccer Promises category and the Tampa Bay Rowdies in the Little Promises and Little Stars categories. All players were thanked for their participation in the month-long soccer tournament.

“The culture of collaboration and compassion in Orange County are reasons alone to celebrate, and I can’t think of a better place to recognize that than at this event and during Hispanic Heritage month, among all of you who do so much for our community,” Mayor Jacobs said during her remarks.

“Thank you to all the teams, coaches and sponsors who participated in the 4th Annual Orange County Mayor’s Cup,” Moncaleano said. “The Hispanic Heritage Committee of Greater Orange County looks forward to being able to bring the community together through the love and passion we feel for soccer and are honored to be able to provide an opportunity to celebrate our heritage. This year was a true success and I cannot wait to see what’s in store for next year!”

During the event, Mayor Jacobs spoke on the importance of the County’s neighbors-helping-neighbors philosophy and thanked the community for providing assistance to those affected by the aftermath of Hurricane Maria in Puerto Rico.

“From organizing events and fundraising to collecting crucial supplies to send to Puerto Rico, I am so proud of the outpouring of love and support that we all witnessed,” Mayor Jacobs said. “It has been inspiring, while also serving as a wonderful example of how government, private business and residents can all come together for a common cause.”

Mayor Jacobs also thanked the Orange County Hispanic Heritage committee and all the volunteers and organizers who assisted in planning the event. The HHCOGOC is a volunteer-based organization founded with the purpose of providing opportunities that promote and highlight the contributions made by individuals of Hispanic descent in the community.

This year, Orange County kicked off Hispanic Heritage Month at a special ceremony at the Orange County Administration Building which included cultural dance performances, Hispanic food and a display of notable Hispanic artwork.