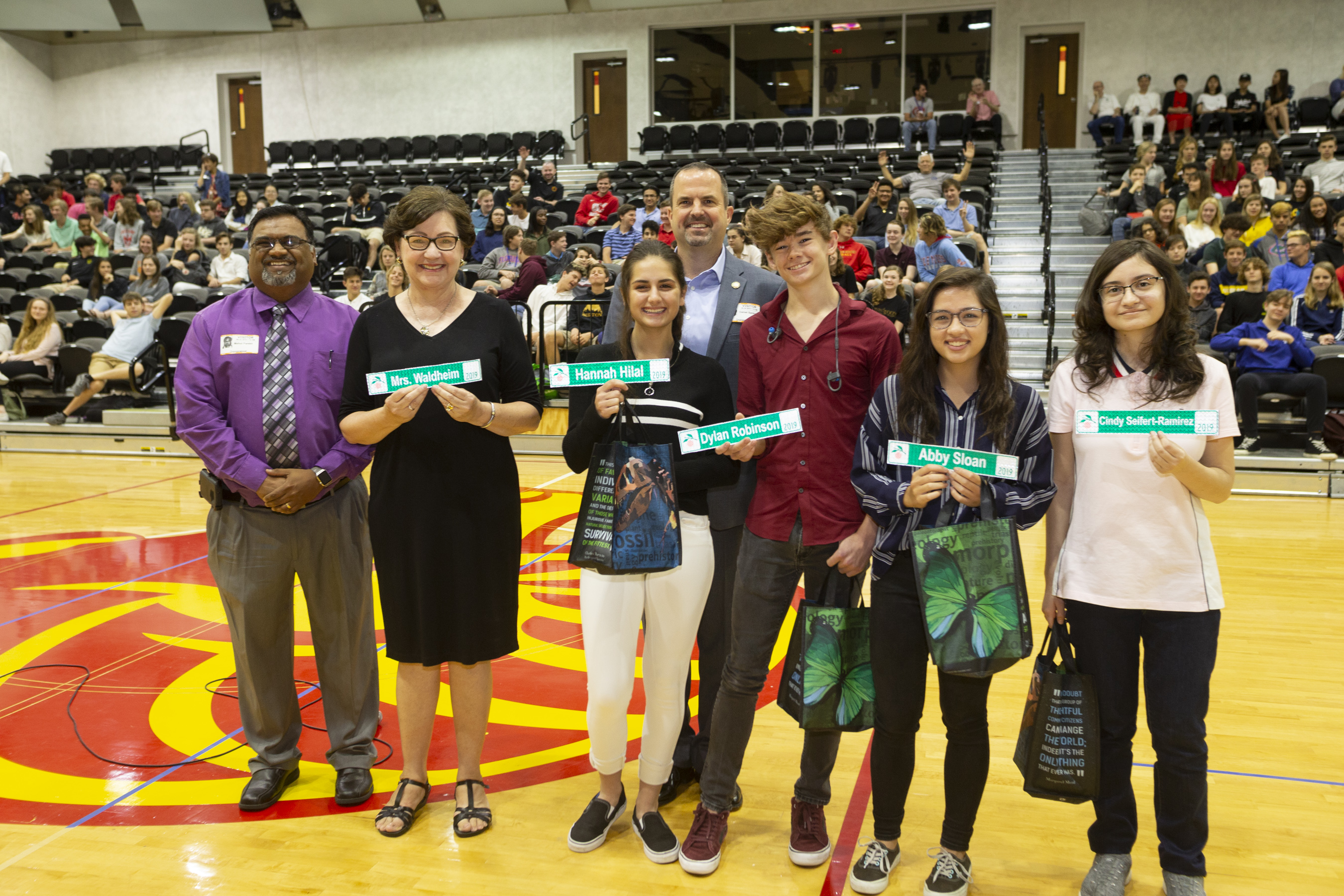 The group of students from Orangewood Christian School in Maitland, nicknamed themselves “the Sand Baggers.” They researched what types of sandbags were the most cost-efficient, biodegradable, durable and practical. The team put the sandbags through various durability tests to see how they would hold up in various natural disasters, such as hurricanes. The students found that the IKEA bag made of the material polypropylene was the most durable.

Banks and Parekh presented each participant with an Orange County-designed street sign sticker with each student’s name on it as well as tickets and prize packets courtesy of the Orlando Science Center.

In addition, Parekh spoke with the students afterwards and answered questions they had regarding their project so they could prepare for the national competition. Since the team ranked highly in the local and regional competition, they will compete in Washington, D.C. this summer at nationals.

For more information on natural disasters and how to prepare for them, visit the Orange County Hurricane Expo on June 1, 2019 at Cypress Creek High School. More information available at www.ocfl.net.