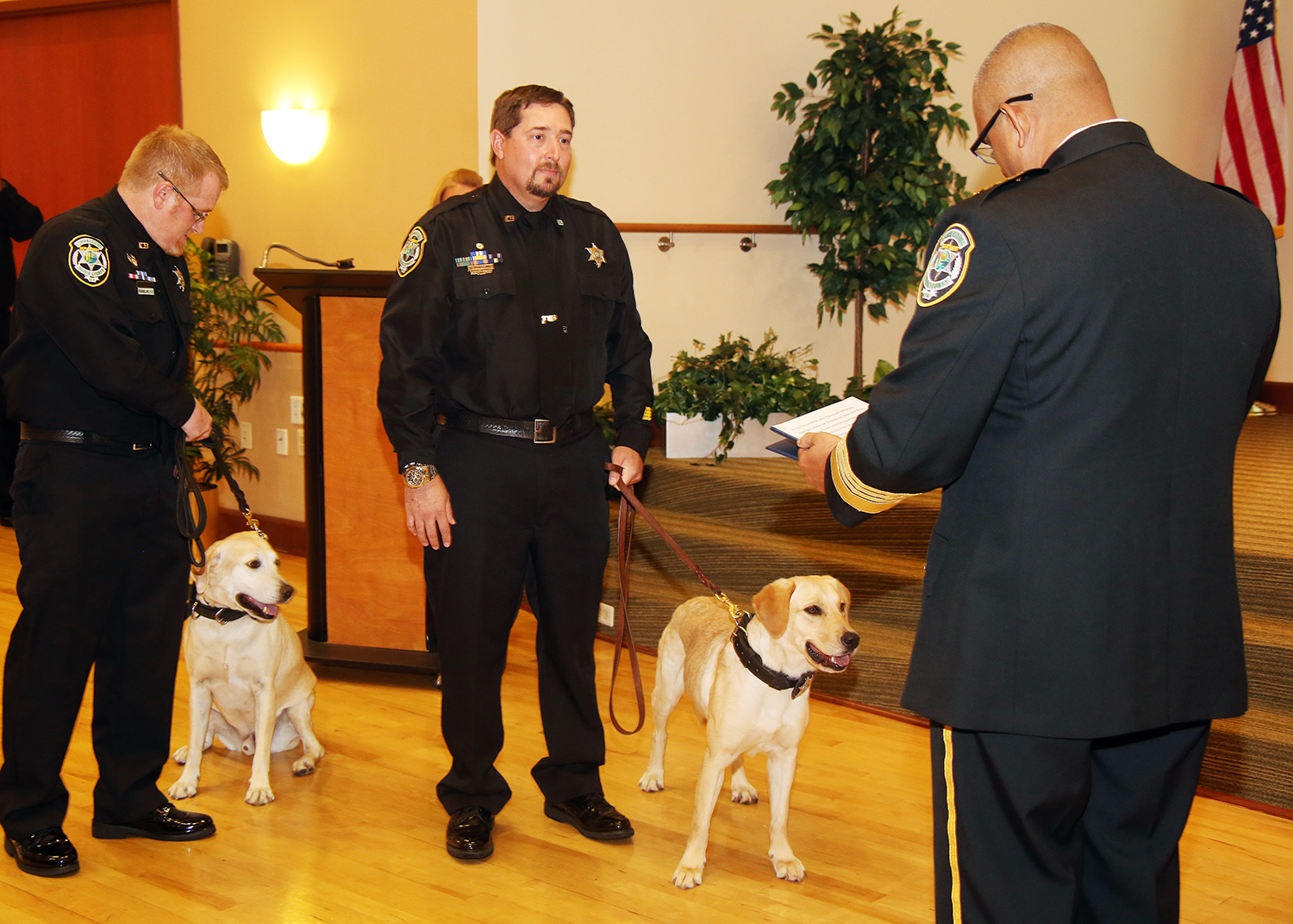 The Orange County Corrections Department’s K-9 Officers were asked to raise their paws to be officially sworn in at a ceremony at the Renaissance Senior Center. Corrections Chief Louis Quiñones did the honors in administering the Oath of Office on August 23, 2019.

The K-9 Unit is an important part of operations at Corrections. The dogs offer unique skills to keep the jail safe and trouble free.

“As cute and Instagram-worthy as Tony and Millie are, their jobs are very serious,” said Chief Quiñones. “Because of them, dangerous contraband is either detected or kept out of the jail.”

Both Tony and Millie are Labrador Retrievers and hail from Colombia, South America. Tony is 3 ½ and is trained to find drugs and cell phones. In the spring, he walked in the National Alliance on Mental Illness 5K and was one of the Corrections team’s top fundraisers. Millie is 1 ½ and is trained to detect narcotics.

While the dogs look similar, each has its own distinct personality. Tony is extremely playful and loves his tennis ball, but when he’s working in the jail, he’s all business. Meanwhile, Millie is the more reserved of the pair.

One thing is certain. The Labs’ cuteness has not gone unnoticed.

“It’s fair to say the dogs have gained an almost mascot-like status on the jail compound,” said Master Correctional Officer George Fesselmeyer who is Tony’s handler.

Tony’s ability to sniff out cell phones is now more important than ever. In the most recent legislative session, House Bill 7125 passed — making it a felony to introduce a cell phone into a local detention facility. That had long been the case for Florida prisons, but not at local jails.

Security concerns are an obvious reason why cell phones are forbidden. While it’s true that inmates could use cell phones to call family, they could also use them to harass victims or carry out illegal activity. The new law goes into effect October 1, 2019, and Tony is ready to be at the “scenter” of arrests.