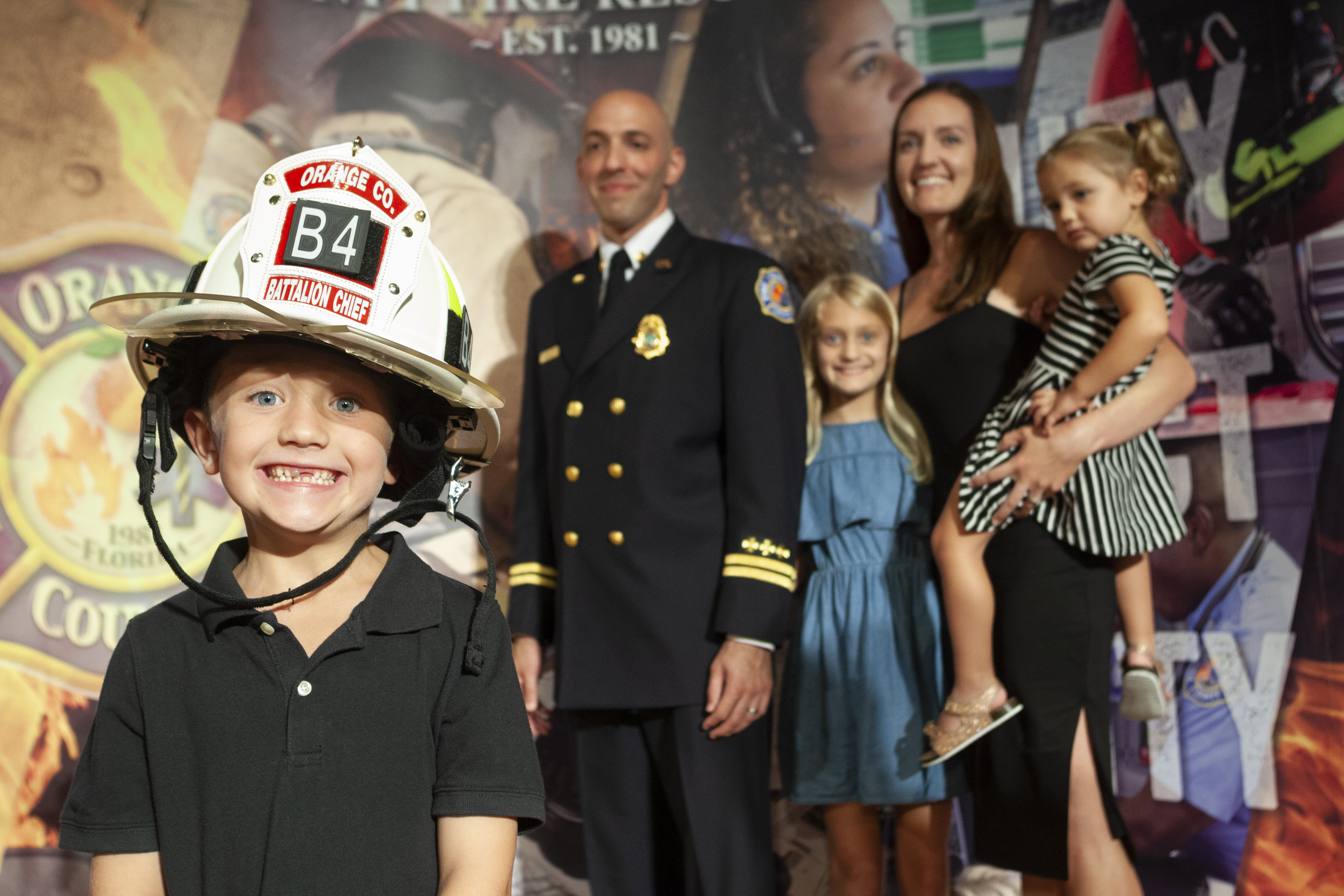 “I am honored and proud to welcome the newest members of the Orange County family and congratulate those whose hard work has earned them deserving promotions,” Mayor Demings said. “The residents and visitors of Orange County are in the best of hands with a world-class fire rescue department.”

Recruit Class 87 was a certified class when they were hired, meaning they were already Florida state-certified firefighters, having completed 418 hours of minimum standards training.

“Once the recruits come on board, they must successfully complete an additional 400-plus hours of rigorous training, before receiving their assignments in the field,” Fire Chief James M. Fitzgerald said. “The 28 men and women of Recruit Class 87 are a diverse group, reflective of the community we serve.”

Eighty-four employees who promoted over the past year took part in the promotional ceremony, including Deputy Fire Chief David Rathbun and Division Chief LaShun Nale-Stadom, both appointed and approved by the Mayor and the Board of County Commissioners on June 4, 2019. The remaining 82 promotions include eight battalion chiefs, three captains, 11 lieutenants, 48 engineers and 12 civilians, serving in various capacities.