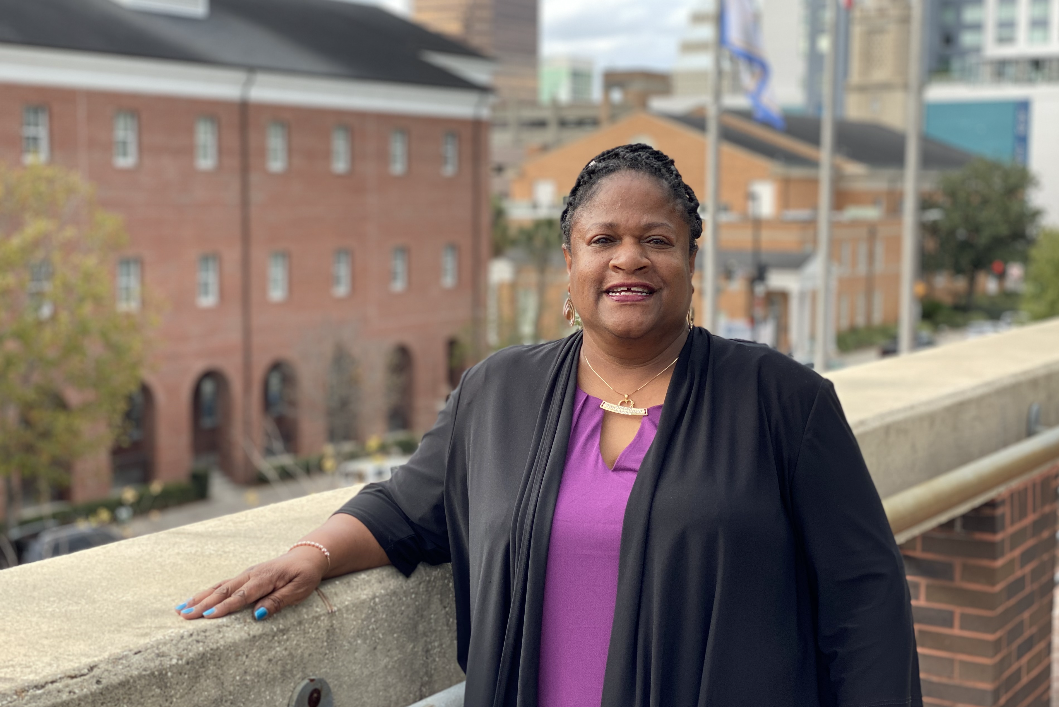 Almost 40 years ago, a social worker talked to students about having the heart to serve others at an Evans High School’s Career Day. One student, Carla McClendon, had a life-changing conversation with the social worker, who told her she should consider social work as her future career path. The following year, someone from the fire department came to speak, making McClendon realize she was destined for public service.

In 1983, she took advantage of the Comprehensive Employment and Training Act – designed to help minorities receive job training in professional settings – and went to work at Orange County Fire Rescue, which was still adjusting to the consolidation of 14 separate fire control districts into one department.

“I remember some neighborhoods weren’t happy about this at all,” recalled McClendon. “People were moving all over the place and ranks were changing, but they asked me to stay on as a contract employee.”

It didn’t take long before the determined McClendon was hired full-time as a clerk typist I and then was promoted multiple levels and onto a secretary. She was then promoted to the Fire Loss Management Division, where she performed minor plans review. Shortly after her advancement, she completed a five-week certification course, and passed the state exam and then became the first black female municipal fire safety inspector for Orange County. 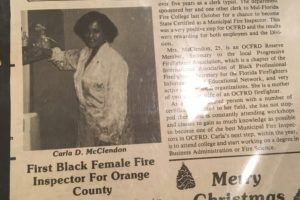 “I was over the moon about it because the process wasn’t without its challenges,” she said. “The only downside was I had to remain a secretary for another year before a position opened up.”

“If a renter was having repair issues that weren’t being addressed by the landlord, I stepped in,” she explained. “I would do an inspection and require the owner get the items repaired within a certain amount of time. The goal was to ensure the dwelling was fit for human habitation.”

Working for Orange County has been a learning experience for McClendon, who after 37 years of public service, has met all kinds of people and seen just about everything. As far as being the first black female municipal fire safety inspector in Orange County is concerned, she puts it into perspective.

“Today, there are a lot of females doing this job, so I like to think I helped open that first door for them,” she added. “I didn’t know the significance of what I was doing back then, but breaking racial and gender barriers … it’s nice to know I was part of changing things for the better.”