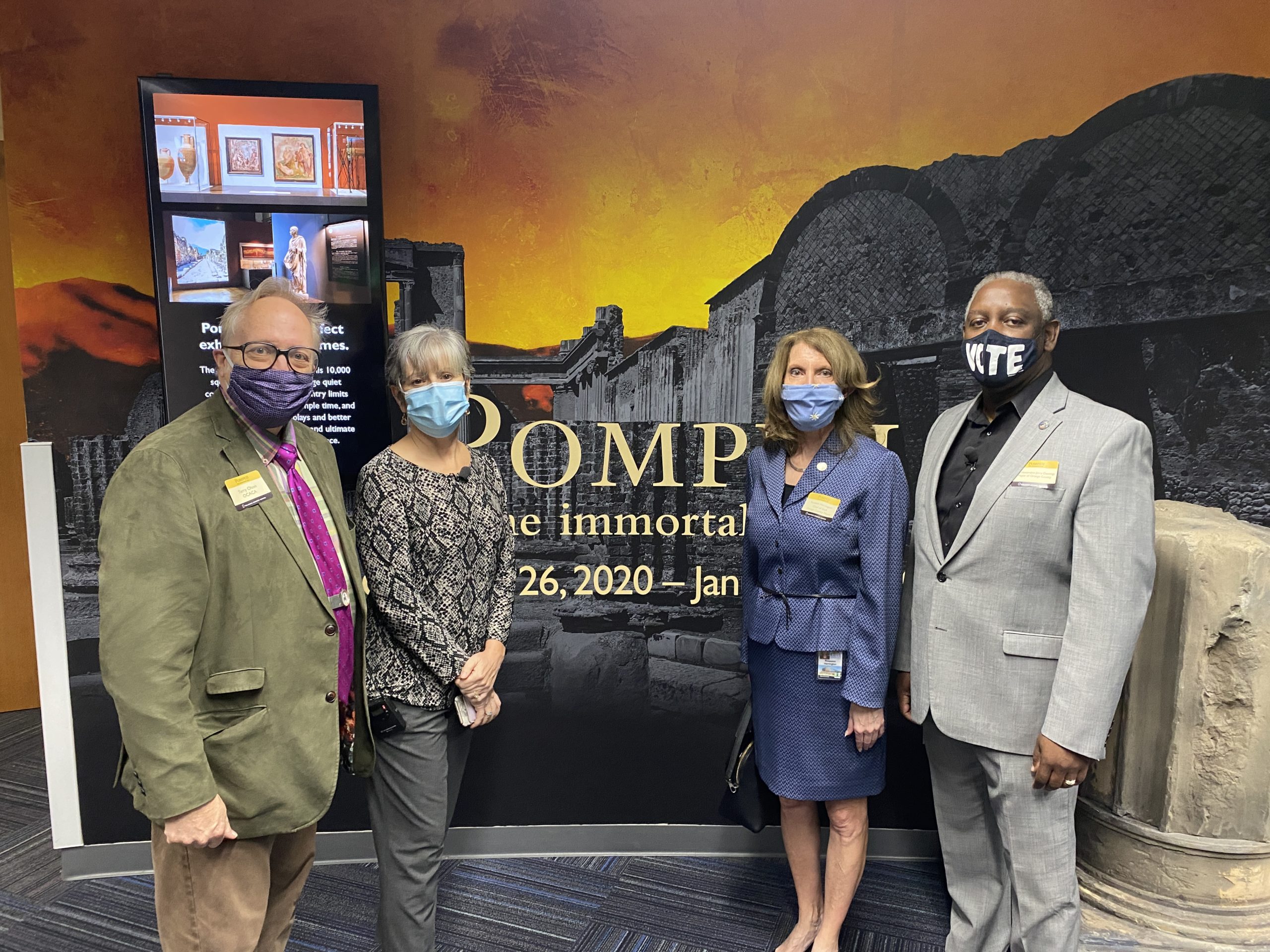 Nearly 2,000 years ago, Pompeii and the neighboring city of Herculaneum were buried by the catastrophic eruption of Mount Vesuvius in 79 AD. Originally thought to have erupted in the summer, new research reveals that Mt. Vesuvius most likely didn’t begin to erupt until the 24th of October in 79 AD.  This makes the perfect timing nearly two millenniums later for the opening of Pompeii: The Immortal City at the Orlando Science Center on October 26, 2020. The exhibit will be on display through January 24, 2021

This remarkable exhibit is coming to the Science Center for a limited run. Orlando is one of only three sites in the United States that has hosted Pompeii: The Immortal City thanks to Orange County Government through the Arts & Cultural Affairs Program.

“This large-scale 10,000 square foot exhibit could not have been possible without Orange County’s support of nearly $800,000 of Tourist Development Tax dollars to help fund this blockbuster exhibit,” said JoAnn Newman, president & CEO of the Orlando Science Center.

Tourist Development Tax money is generated by a tax on hotel-room occupancy (nicknamed the “bed tax”).  The tax is paid for by tourism, funds tourism-related expenditures.

This exhibition offers guests an experience in the heart of the ancient city of Pompeii. It features 100 artifacts, including artwork, statues and jewelry, plus recreations of ancient technology to show what life was like in this Roman town before the eruption of Mt. Vesuvius.

“In this exhibit, you will discover that the Pompeiians had urban planning, central heating, running water and glassware. They practiced engineering, medicine and technology,” said Orange County Mayor Jerry L. Demings. “We are thrilled to have the impressive Pompeii exhibit in Orange County’s backyard for all to enjoy at the Orlando Science Center.”

Social distancing can be done comfortably in this gallery-like experience. Timed-entry tickets for Pompeii: The Ancient City are available at www.osc.org. Tickets will be $26 for adults, $18 for youth (ages 2-11) and include access to all Orlando Science Center exhibits, films, and live shows. Science Center members will get FREE admission as part of their annual membership.