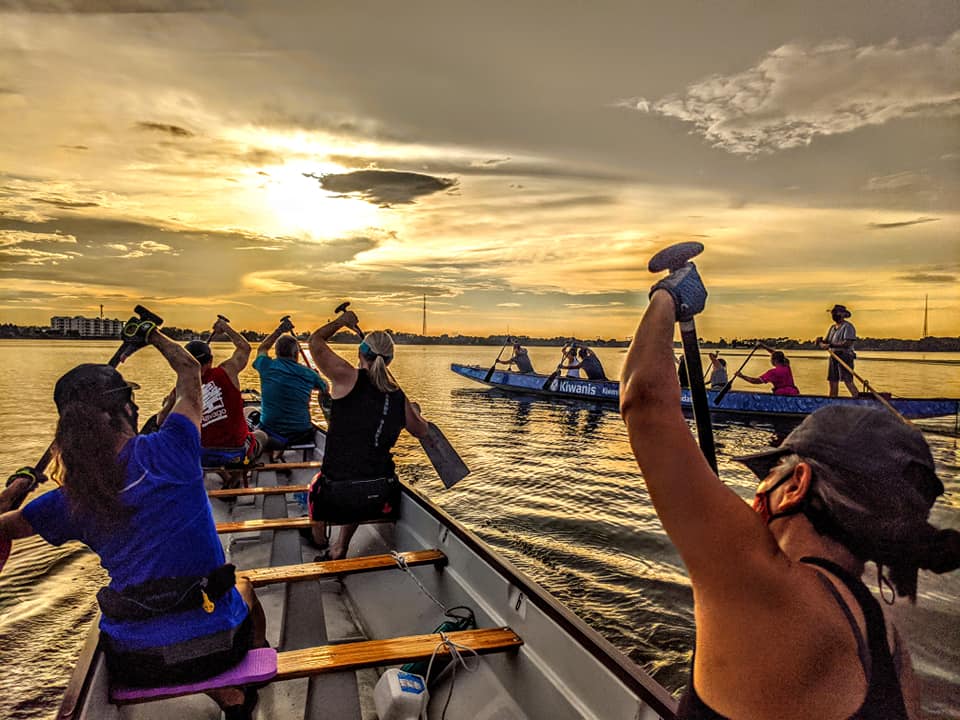 The sport of dragon boating began in China more than 2,500 years ago. It originated from a movement to commemorate the life of the ancient patriot-poet Qu Yuan who, according to legend, drowned himself over his extreme despair over his motherland. Today, it has become a popular global sport Orange County residents can enjoy thanks to the Orlando Dragon Boat Club, a program of the Orlando Rowing Club. By following strict COVID-19 social distancing protocols, the club has taken steps to get back to paddling while also putting safety first.

“Dragon boating represents a perfect way to enjoy the outdoors, get a tremendous workout and make new friends,” said Shally Wong, special assistant to Orange County Mayor Jerry L. Demings and member of C.H.A.R.G.E., the Orlando-based dragon boat team organized by the Chinese American Association of Central Florida in 2010. “Our mission is to promote this ancient sport in the community for team building, friendship and a healthy lifestyle.” 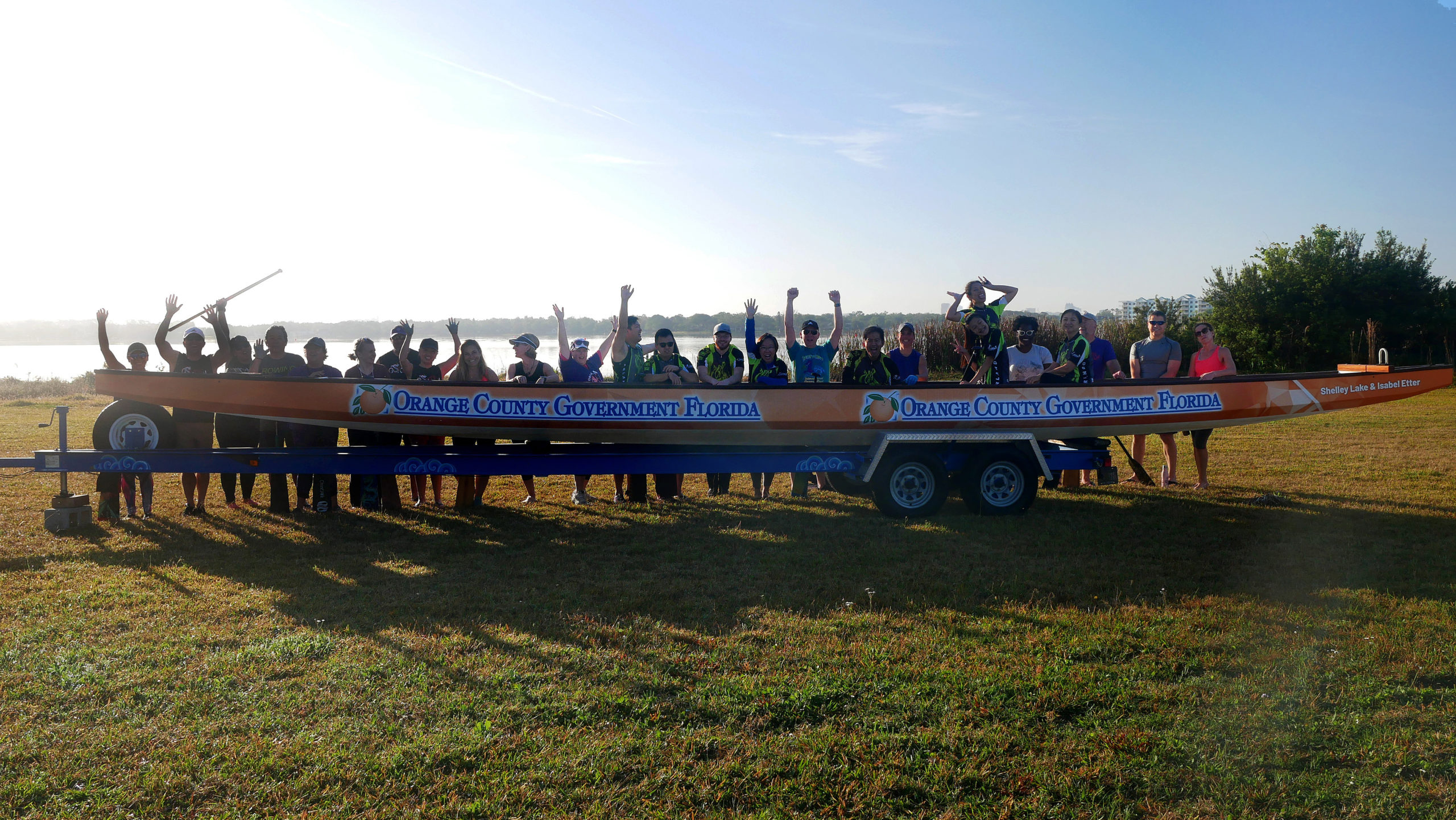 Members of C.H.A.R.G.E. at Lake Fairview in front of the new Orange County Government boat.

Wong, whose team is back to limited practices, emphasizes that you do not have to be Asian to be part of the team. Club goals include promoting and developing the sport, promoting cross-cultural understanding through community outreach programs, conducting corporate team building, and recognizing the sport as a tool of health and wellness.

“I certainly would recommend dragon boating to everyone,” said Melissa Romero, club administrator and captain/coach of both Scorch and Sirens. “The sport is friendly to both young and old. It’s forgiving to those who haven’t been very active, and it’s also great for those who seek competition.”

Romero explained that members have the option of simply coming out to get exercise and socialize with teammates/friends, or joining the race teams and traveling for competitions. Paddler ages range from the mid-teens to upper 60s. “Everyone gets along, and we have some of the most welcoming folks around,” she said.

Wong echoed Romero’s sentiments. “One of the reasons dragon boating is such a great community sport is because it offers all people, regardless of their background or fitness level, the opportunity to participate, either competitively or for fun.”