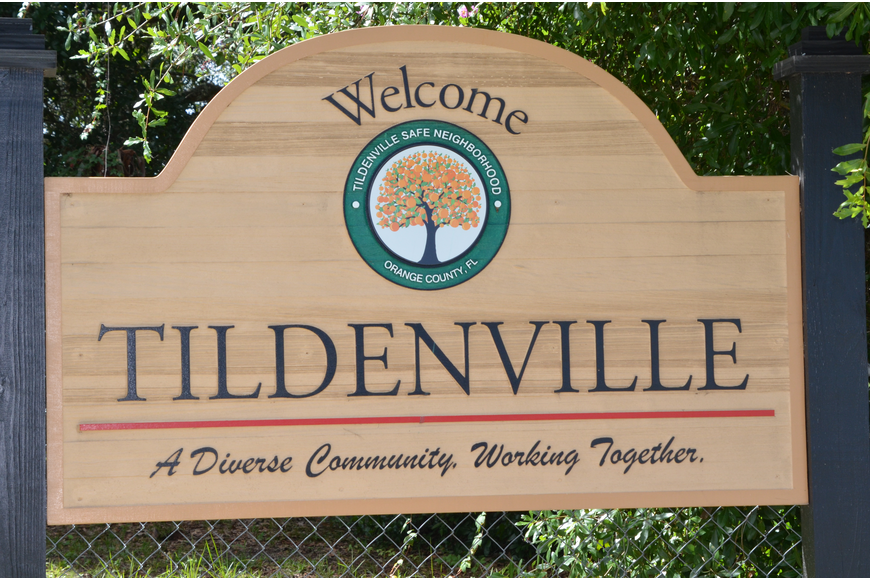 The neighborhood of Tildenville, nestled between Winter Garden and Oakland, was born from one man’s ambitions and built by early settlers and migrants working in the citrus and lumber industries. Located in northwest Orange County, its origins date back to 1876, when a farmer from New York, Luther Fuller Tilden, brought his family to Florida and purchased land southwest of Winter Garden.

While fruit packaging was crude in those days, Tilden made sure merchants knew that when they received a crate from him, the contents were top quality. He also managed distribution when products were hauled by ox, horse or mule team to Sanford and then to Jacksonville via the St. Johns River. As a result, the Tilden family became one of the largest landowners and citrus growers in the region.

“Tildenville’s history is one of community and resiliency, which mirrors the lives of many of its current residents,” said Orange County District 1 Commissioner Nicole Wilson. “The location of this neighborhood provides it the best of both worlds – conservation area to the west and more urban development to its east.”

Today, remnants of Tildenville’s past remain. Built in 1915, Brick Road is a .6-mile remnant of Highway 22, which once took travelers from the Orange-Lake county line all the way to Orlando’s Washington Street. The 2.6-acre Oakland-Tildenville Colored Cemetery, where as many as 500 people are buried, has tombstones dating back to 1912. The Tildenville Missionary Baptist Church, established in 1939, still stands as a spiritual gathering place.

Steve Brock, senior pastor at the Tildenville Missionary Baptist Church, moved from Atlanta with his family five years ago and admits the history of Tildenville is extremely alluring. “The first residents were mostly migrant people from Alabama and Georgia who came up to work in the Orange Groves,” he said. “I know one lady who has lived here for 70 years, and there are a group of folks like this who are the pillars of the community.”

Brock, who started preaching at the age of 9, sees Tildenville as a community in transition, from a lovely little migrant community to a more modern town. Having grown up in a small town in Mississippi, Brock sees some of the same generational dynamics at play.

“There’s still a strong sense of community with the older generations,” he explained, “but it’s important to teach young people they have to take ownership of the vitality of the town. The onus is on them to respect this neighborhood’s history and guide its future in a positive way.”