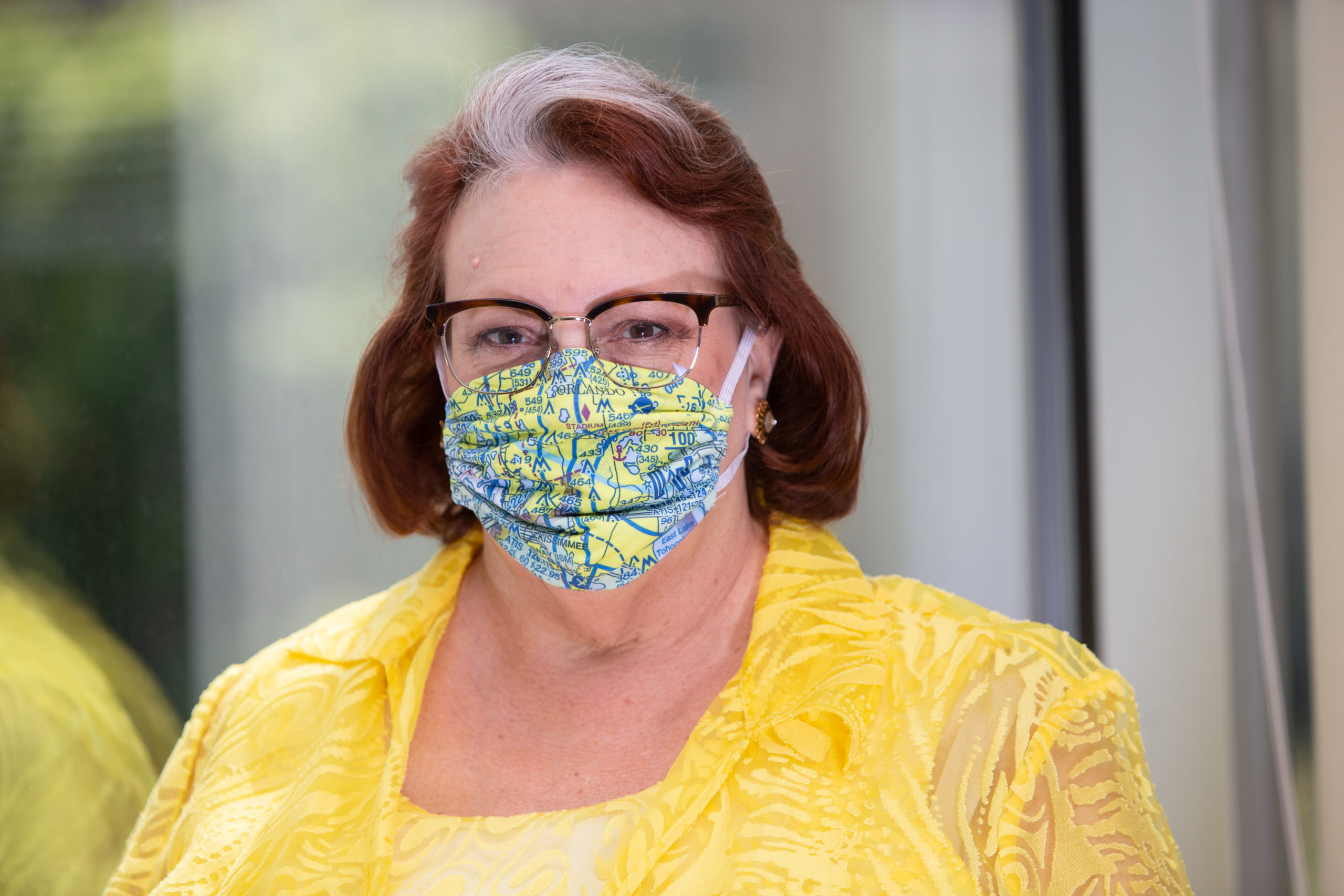 Having laser focus at a young age is a gift, and Trevor Simoneau has used this gift to do good things, both for himself and others. Six years ago, when he was just 11 years of age, he knew he wanted to be an aviator.  However, he also realized how expensive flight training was going to be. With the help of extremely supportive parents, Simoneau launched a for-profit company called Chart It All in 2015 to help pay for his tuition.

The company started out putting FAA Sectional Aeronautical Charts on t-shirts and has since expanded to aprons, coffee mugs, golf towels, blankets, yoga pants, socks and much more. The fashion-friendly charts pinpoint topographic information and include visual and radio aids to navigation, airports, restricted areas and possible obstructions.

“All pilots and aviation enthusiasts know about FAA sectional charts,” explained Simoneau, now a 17-year-old freshman at Embry-Riddle Aeronautical University studying aeronautical science and aviation law. “Pilots use them for visual flight rules, but they’re very colorful and bright, so they make for really cool prints on clothing and other items.”

As planned, profits (in combination with scholarships) are funding Simoneau’s education and flight training. Most recently, in response to requests from customers, Simoneau started putting these popular charts on face masks. At first, he did not want to profit from the COVID-19 pandemic, but his mother, Eileen, came up with an idea: Why not, for every face mask purchased, donate a face mask to local first responders and essential workers?

Simoneau loved the idea, and Chart It All has since donated 2,500 face masks across the Central Florida region to hospitals, sheriff’s departments, fire departments, flight schools and general aviation airports.

“It’s been a difficult year for everyone in so many ways,” said Simoneau, “so we’re really happy we’ve been able to help and make a difference, albeit in a small way.”

Simoneau, who does his flight training at Orlando Executive Airport and already has his private pilot’s license, plans to get his master’s degree at Embry-Riddle and apply to law school to get his Aviation and Space law degree. He also wants to help educate kids not familiar with the aviation industry to learn more about the opportunities that exist in that world. Eventually, through Chart It All, he wants to offer aviation scholarships.

“Age is a number, and it shouldn’t define what you can do,” he asserted. “It just takes time and work, but most importantly, you need to love what you do. For those ready to go to college, pick a degree program you’re passionate about, otherwise you’ll become bored and disinterested.”

For more information on Chart It All and a boy’s dream, go to Chart It All’s webpage at ChartItAll.com

Photo cutline: Cheryl Gillespie, Orange County Government’s Supervisor of Agenda Development, wears one of the “Chart It All” facemasks.