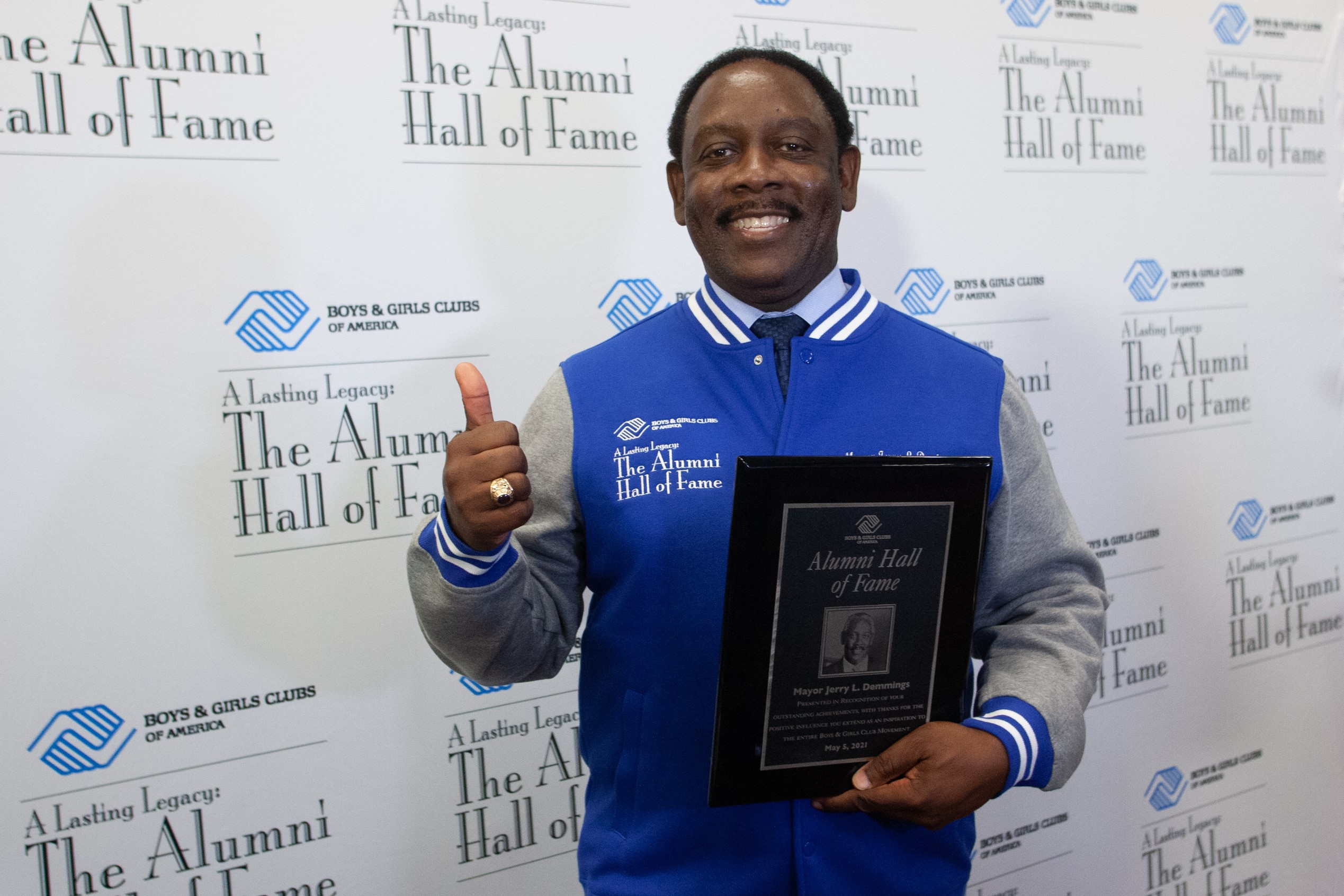 Orange County Mayor Jerry L. Demings has been inducted into Boys & Girls Clubs of America’s Alumni Hall of Fame, an elite honorary that includes luminaries from across the nation in the fields of entertainment, business, sports and politics.  Demings was among eight inductees this year, in a class that also included Major League Baseball Player Alex Rodriguez and Grammy-Award winning singer Ciara.

In the 1970s, the Carver Shores Boys Club (now called the Universal Orlando Foundation Boys & Girls Club) provided Demings and his twin brother a safe, steady space with mentors, structure, plenty of activities, and opportunities to meet new people and make new friends. Demings’ Club experience also allowed him to develop leadership skills that provided the foundation for future success. After graduating Florida State University, Demings embarked on a career in public service. He has since served as Police Chief of Orlando, Sheriff of Orange County was elected Mayor of Orange Count in 2018, overseeing more than 8,000 employees and a $4.9 billion budget. Demings is the first African American to hold each one of these positions.

“We are so very proud to claim Mayor Demings as our own,” said Gary Cain, President & CEO of Boys & Girls Clubs of Central Florida. “The Mayor is the very definition of a servant-leader, and models every one of the values we try to instill in our young Club members—service, humility, kindness, hard work, and integrity.”

During his induction, Mayor Demings spoke of his philosophy on leadership: “Service to others is the rent we pay for living on Planet Earth.”  He spoke of his experience growing up in the Club in West Orlando.  “The Boys & Girls Club played a pivotal role in my trajectory in life.  If it were not for the men and women who sowed into my development in those formative years, I could not stand here today as the Mayor of Orange County.”

For 75 years, Boys & Girls Clubs of Central Florida has provided at-risk children from the local community, between the ages of 6 and 18, with a safe place to learn and grow. Last year, the organization served more than 11,000 young people at 35 Clubs and middle school sites in 6 counties. The mission of Boys & Girls Clubs of Central Florida is to inspire and enable all young people, especially those from disadvantaged circumstances, to realize their full potential as productive, responsible and caring citizens.