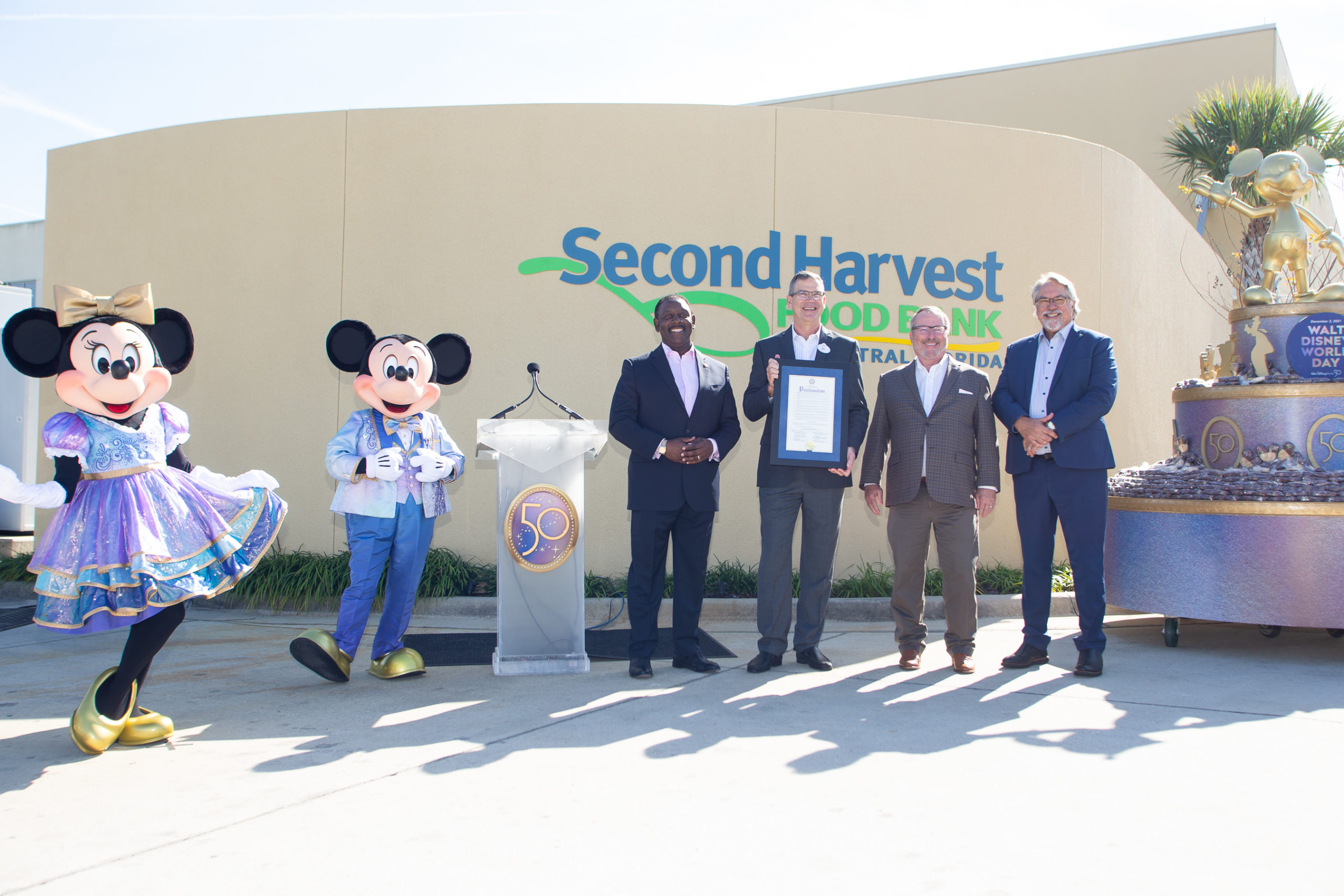 The proclamation took place at the Second Harvest Food Bank in Orlando, with Orange County officials, City of Orlando officials and executives from Walt Disney World Resort, including president Jeff Vahle, attending. It would not be an official celebration without superstars Mickey and Minnie Mouse there as well. 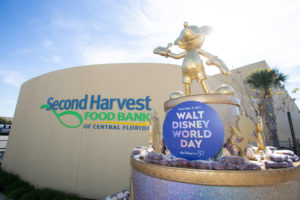 On October 1 of this year, Walt Disney World launched its 50th anniversary celebration, called the “World’s Most Magical Celebration,” to commemorate the milestone of opening its first theme park and resort in Central Florida back in 1971.

Mayor Demings read a proclamation citing the tremendous role Walt Disney World has played in our community as one of the nation’s largest single-site employers and host to more than 1.6 billion visitors from around the world. He also noted the significant tax benefits generated by Disney that contribute substantially to public safety, schools, roads and other infrastructures.

Mayor Demings stated these organizations are supporting important causes and inspiring a world of difference for children and families in the community. 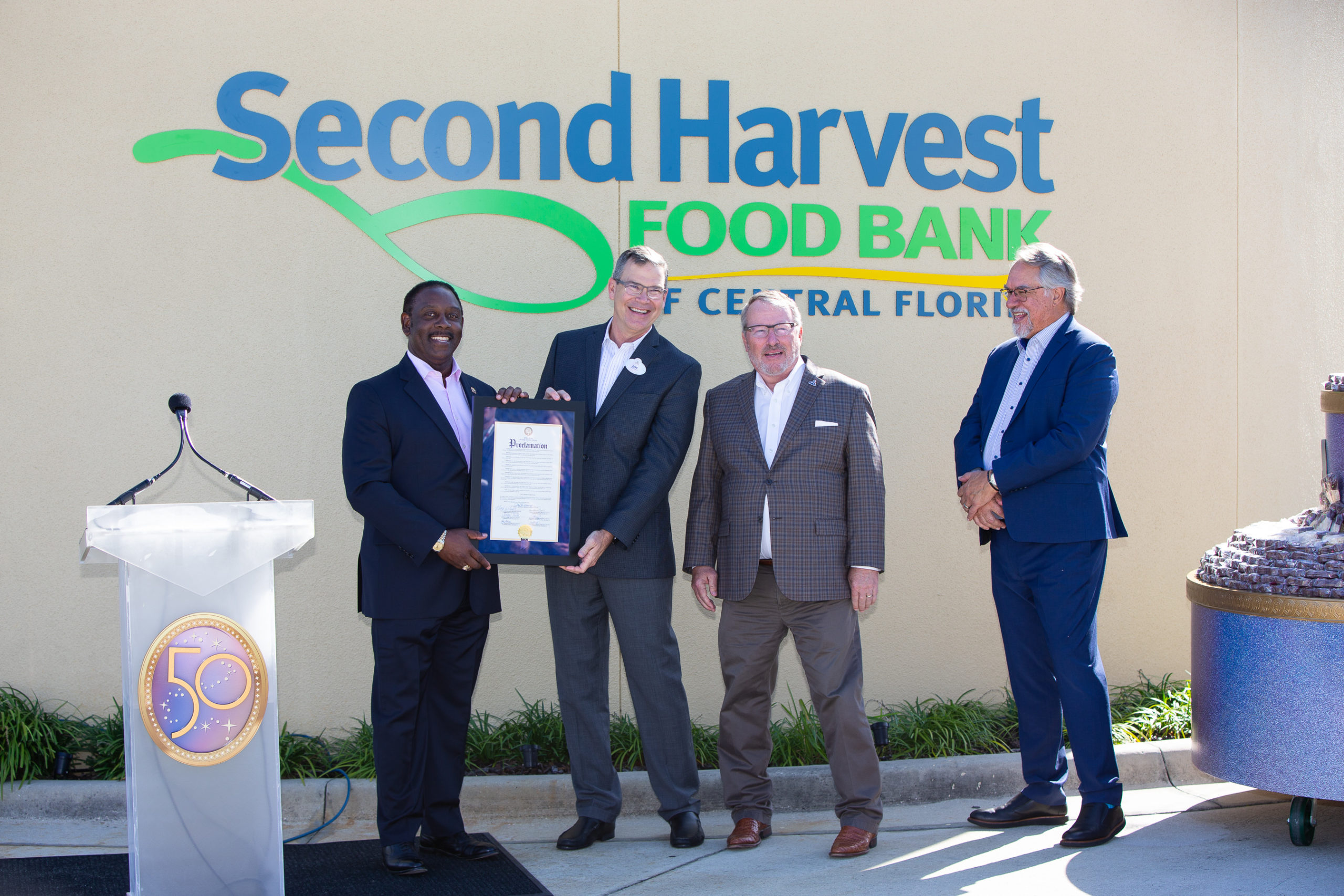