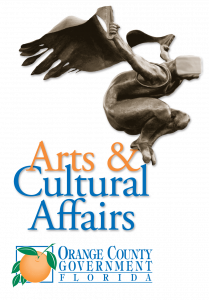 WHAT: Sea Creatures: Above & Below: The Photography of Ruth Petzold

WHO: Inducted into the Women Divers Hall of Fame in April 2016, Ruth Petzold’s photography reflects her lifelong devotion to the exploration and conservation of wildlife, above and below the water.

A lifelong passion for nature and photography became the life’s work for photographer and SCUBA diver Ruth Petzold. Since getting her first camera at age seven, she has devoted herself to exploration, conservation and photographing nature and wildlife, above and below the water.

From wildlife in Africa, Antarctica and the Arctic, to the undersea world of Pacific Rim countries and the Caribbean, Petzold has pursued the beauties of nature on all seven continents and in most of the global seas and oceans. Her passionate love of the natural world has taken her to exotic and remote parts of the world in pursuit of her subjects. She’s been 11 times to the African continent, 10 times to New Guinea and the Solomon Islands and six times to Indonesia, just to mention a few of her photographic excursions.

“Nature photography has made me aware of the fragility of our planet,” says Petzold. “I have discovered the true beauty and variety of our earth’s creatures. It is my hope that viewers of my photographs will join me in helping to preserve and protect our environment.”

Her exhibition Sea Creatures: Above & Below features photographs from her explorations and includes polar bears, penguins, rare leafy sea dragons, dolphins, whales, sharks and manatees. An informational panel and map accompany each sea creature so that children and adults can learn more about the animals and their habitats.

“Beginning in the 1980s, I traveled widely. The more I saw, the more I realized there was more to see,” says Petzold. “Then, unfortunately, my left leg was amputated below the knee, but my love of the water prevailed, and I made sure I had a diving leg within a few months.” Petzold continues, “I have gone everywhere I wanted to go in spite of losing my leg. A floating prosthetic leg simply added to the challenges of underwater photography.”

In April 2016, Ruth was inducted into the Women Divers Hall of Fame, which honors pioneers, leaders, innovators and world-record holders throughout the international diving community. She also is a longtime member of The Explorers Club and serves on the board of The Wild Dolphin Project, a nonprofit scientific research organization that studies and reports on a specific pod of free-ranging Atlantic spotted dolphins. A portion of sales of Petzold’s photographs will be donated to support The Wild Dolphin Project. When she’s not traveling, Petzold resides in North Palm Beach, Florida and Harbor Springs, Michigan.

The Sea Creatures: Above & Below exhibition is hosted by Orange County Arts & Cultural Affairs. The exhibition can be seen November 1 to 30, 2016, Monday through Friday, from 8 a.m. to 5 p.m., in the Community Gallery in the atrium lobby of the Orange County Government Administration Center, 201 S. Rosalind Ave., Orlando, FL, 32801.

Previous Alert | Next Alert
Back To Top