Message from Mayor Teresa Jacobs on the Pulse Tragedy | June 22, 2016 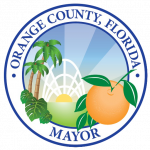 On June 12, Orlando and Orange County experienced the darkest and most difficult day of our history. This incomprehensible and unimaginable act of hatred, terror and mass murder that took place at Pulse Nightclub has deeply impacted the LGBTQ community in Central Florida. The Hispanic community was also greatly affected. Our thoughts and prayers are with the families, friends and loved ones of the 49 innocent people who died, the 68 who were wounded, all who were present that horrible evening, and the millions worldwide who were impacted by this tragedy.

We offer our sincere appreciation to all of our brave first responders, Orlando and Orange County law enforcement, EMTs, paramedics, doctors, nurses, and emergency room and hospital staff and the courageous citizens who took action during a desperate time of need. Thank you to everyone who stepped in when tragedy struck.

President Barack Obama and Florida Governor Rick Scott have come to pay their respects to the victims’ families and the survivors. They are also providing all resources necessary to aid this ongoing investigation, allowing us to fully support our efforts. The FBI and local law enforcement are working diligently, leaving no stone unturned. We are beyond grateful for their hard work, efforts and commitment to our community.

In the wake of this senseless act of violence, our region has come together as one. Community, elected, and faith-based leaders have joined in solidarity to fight evil with good, proving that hatred will never win. In the face of adversity, we stand united not just as a city or as a county, but as a country.

As we begin the healing process, I encourage everyone to turn to your friends and family, and lean on your neighbors. For those in need of additional support, Orange County and the City of Orlando will officially open the Orlando United Assistance Center on Thursday, June 23 at 507 E. Michigan Street.

For those looking for a way to help, the City of Orlando has established the OneOrlando.org fund to support the victims, survivors and anyone directly or indirectly impacted by the Pulse nightclub shooting. Equality Florida has also set up a fund, and many organizations throughout Central Florida and beyond are hosting events to show support and raise funds for everyone affected by this tragedy.

Orange County and Orlando are strong and resilient. We will stand united in the coming days as the investigation continues, and as we honor and put to rest those lives we lost so tragically.

Thank you for your generosity, love and support.