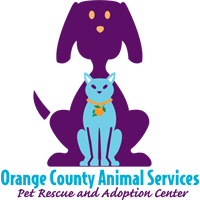 Central Florida – This summer, animal shelters from Orange, Seminole and Osceola counties took part in its first tri-county shelter challenge, which was aimed to boost adoptions, promote rescue and facilitate the reunification of lost pets with their families. With summer months deemed peak breeding seasons, and the capacity at local shelters maxing out – it was an ideal time to host such a push and get loving animals out of the shelters and into homes.

The effort is mission critical for the three local shelters which are all considered “open admission shelters,” meaning they do not turn away any dog or cat, regardless of temperament or condition of health – yet many are ideal candidates for adoption. Officials report that open admission shelters chronically face capacity issues and are not ideal long-term living environments for dogs or cats. The open admission criteria is perhaps the greatest distinction between these shelters and other rescue organizations.

The friendly competition spanned from June through August, comparing intake and release numbers from 2015, to those same months in 2016. Given capacity differences, the challenge measured which shelter could increase the percentage of animals reunified with lost families, adopted by new families or taken in by rescue partners among other release options. The teams report that they relied heavily on social media outlets and promotional events, even dance videos to garner the interest that they needed.

“Klaus” a five-year-old black cat at Orange County Animal Services (OCAS) is just one of the thousands of animals to benefit from the shelter efforts this summer. After his owner passed away in May, Klaus came into care at OCAS. Despite adorable looks and personality, he was overshadowed by the influx of kittens. Klaus ended up as a feature pet on the OCAS Facebook page, which has more than 40,000 followers. His new family saw the post and the rest is history. He, along with his new family – and the more than 5,000 other animals to benefit from this effort are the true winners in this all, said Dil Luther, manager for Orange County Animal Services.

Diane Gagliano, program manager for Seminole County Animal Services said they were motivated to start the challenge because they saw it as a way to engage the other shelters and combine efforts to boost numbers.

Kim Stanton of Osceola County Animal Services said: “We were thrilled to be part of the Summer Challenge and the combined results of this effort further demonstrates how much can be accomplished if we work together, or have a little friendly competition.”

Orange, Osceola and Seminole County Animal Control Offices took in more than 9,500 animals collectively between June and August of 2016. They hope the challenge promoted the awareness of adopting when considering adding a “furbaby” to any home.

Congratulations to all the animals and families to benefit from these efforts, and to Seminole County Animal Services who ultimately claimed victory.

About Seminole County Animal Services
Seminole County Animal Services ensures the safety of its citizens by providing for the humane sheltering and disposition of stray and unwanted animals, and investigating animal bite incidents and reports of animal cruelty. With approximately 10,000 animal intakes last year, our agency has remained focused on promoting responsible pet ownership and animal welfare through community education and adoption programs.

About Osceola County Animal Services
Osceola County Animal Services focuses on public safety and animal welfare through our enforcement, adoption, return to owner, lost/found pet, volunteer, and other programs. We strive to ensure safe interactions between pets and people while working to achieve a live outcome for as many of the 9,000 animals we receive as possible.