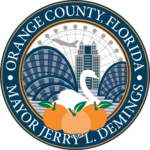 “These are some of the best and brightest minds in our community, and the public-private Task Force will come up with recommendations to reopen Orange County using the safest and most sensible avenues possible,” said Mayor Demings. “I am confident we’ll be able to get Orange County and Orlando on the road to economic recovery while we save both lives and livelihoods.”

“One of the most significant strengths we have as a destination is our history of working together as a community, especially in times of crisis,” said Aguel. “On behalf of the thousands of tourism businesses we represent, we’re grateful for Mayor Demings’ leadership in establishing this Task Force as a united effort to achieve a successful recovery.”

The group will focus on recommendations for reopening Orange County, including a phased approach to easing restrictions, while also ensuring the safety of employees and the public.

“The Partnership continues to hear from our local businesses that have been impacted by the COVID-19 crisis. While many are hoping to reopen soon, we must ensure a safe and thoughtful environment so our economy can thrive once again,” said Preside Giuliani. “I am eager to serve our business community as the co-chair of the Task Force, and I applaud Mayor Demings for his leadership throughout this difficult time. We stand ready to work together.”

Orange TV will carry the Orange County Economic Recovery Task Force meeting live.  Viewing options include Channel 488 on Spectrum, Channel 9 on Comcast, 1081 CenturyLink Prism TV,  WSWF Channel 10.2 (over the air), and stream live at www.ocfl.net/orangetv and you can view via the Orange TV app on ROKU in the Education category.