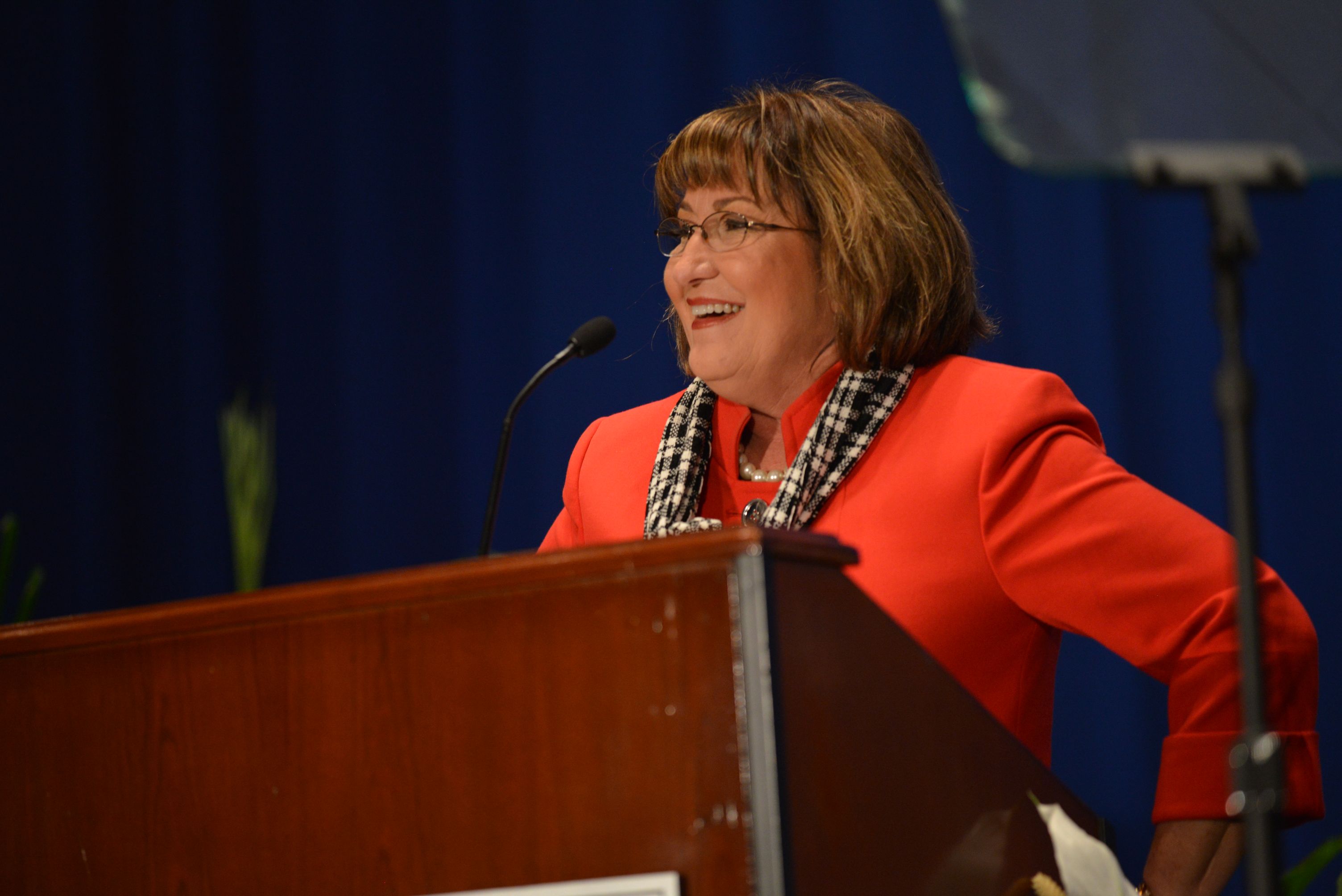 “From CEOs to start-up collaborators, this year’s Summit provides an opportunity to hear from experts about the potential impact of factors ranging from demographics to industry trends, as well as information about resources available within Orange County,” Mayor Jacobs told the capacity crowd.

Mayor Jacobs was joined by elected officials, local experts and distinguished panelists. A highlight of the event was an annual economic update by Sean Snaith, Ph.D., director of the University of Central Florida’s Institute for Economic Competitiveness. Snaith is a nationally recognized economist in the field of business and economic forecasting.

“The national recovery continues to trudge onward under a sky that is persistently gray from the clouds of economic policy uncertainty,” said Snaith. “Even in this overcast environment, Orange County remains poised to grow even faster than Florida’s economy over the next several years, and likely well beyond. The promise of multiple projects from Medical City to SunRail to the venues will come to fruition over the forecast horizon and the county will reap the economic fruits of these transformational projects.”

Rick Weddle, president and CEO of the Metro Orlando Economic Development Commission (EDC), Ken Potrock from Walt Disney World and Tom Macaluso from Anson Stoner unveiled a new branding initiative. The initiative is the culmination of a branding summit held by Mayor Jacobs in 2012 and subsequent efforts of the Regional Branding committee. The branding theme —“Orlando. You don’t know the half of it.” — is designed to highlight the many corporate assets Central Florida has to offer.

“From small business initiatives to catalyst projects that will revolutionize entire industries, Orange County Government is committed to creating a community with a superb quality of life, in which our children and families – as well as our economy – will flourish,” said Mayor Jacobs.

A variety of photos from the Economic Summit are available for use by the media and are located on Flickr, http://www.flickr.com/photos/mayorteresajacobs/sets/72157640077618716/.