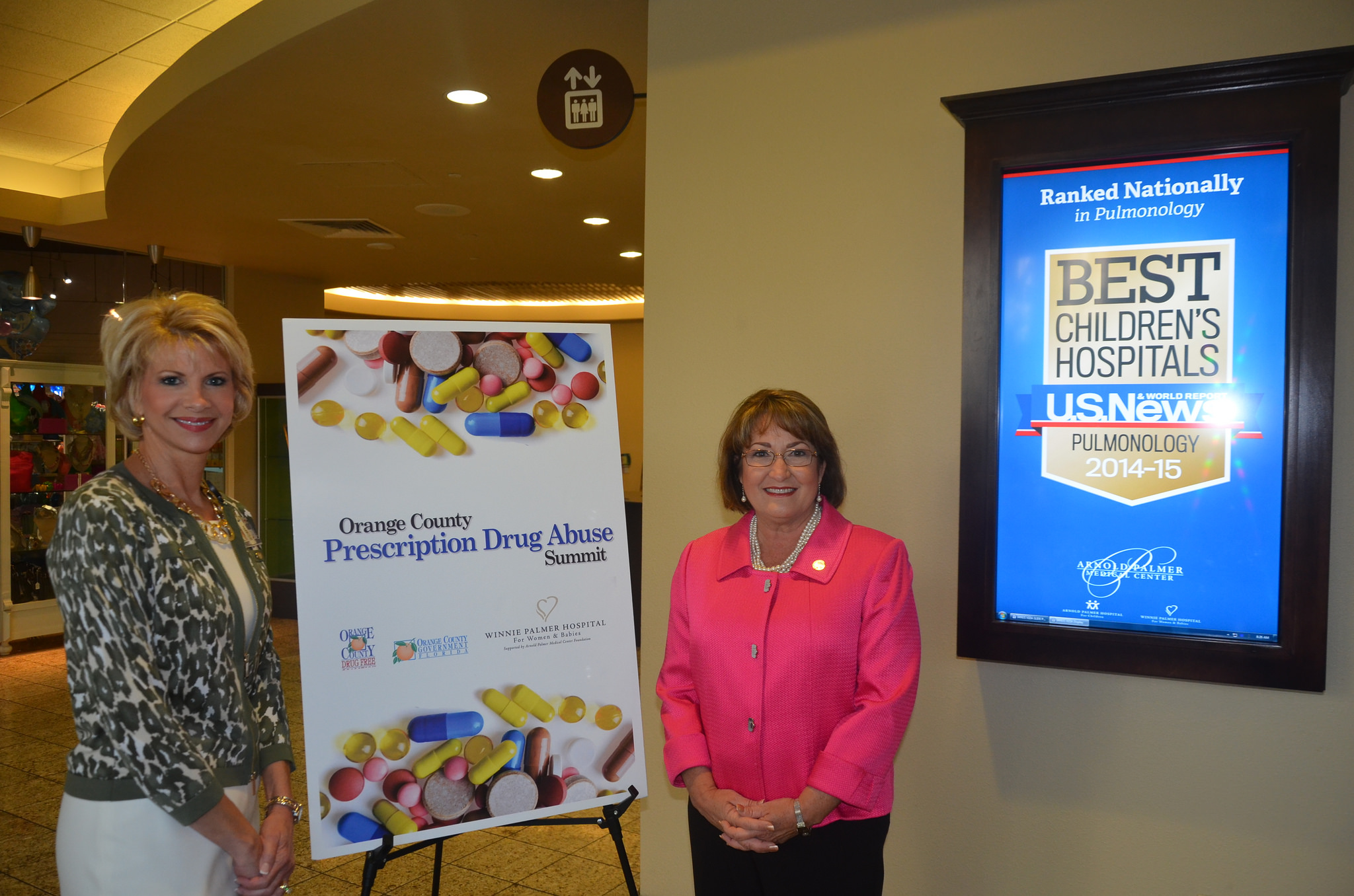 Orange County currently ranks third in the reported number of babies withdrawing from drugs in the state. Consequently, the Summit was held at Winnie Palmer Hospital for Women and Babies, which boasts the largest neonatal intensive-care unit (NICU) in the area and is a national leader in treating infants born with addiction issues.

“As the Mayor of Orange County and a parent, the misuse and abuse of prescription drugs among our youth, young adults and expectant mothers is of such concern to me. Today’s summit provides a great opportunity to work with our hospitals and physicians, law enforcement, state partners, treatment providers and community agencies to create the best plan of action,” Mayor Jacobs said. “As providers of care, most of you—our nurses, doctors, first responders and others — see first the impact of drug abuse and addiction. Your efforts are making a difference and, thankfully, our Medical Examiner reports a decline in prescription drug-related deaths in Orange County—certainly good news, but we want those numbers even lower.”

One of Mayor Jacobs’ first initiatives was tackling this issue head on. In July 2011, she formed the county’s first Prescription Drug Task Force to address the escalating problem of prescription drug abuse in Orange County communities. A collaborative effort of law enforcement, healthcare and pharmacy working with education and public policy, the task force examined the extent of the prescription drug problem, conducted a review of state legislation and local ordinances and determined the need for substantive regulations for pain management clinics through a collaborative, multijurisdictional effort.

“I applaud the Sheriff’s Office, the MBI and our local law enforcement for their continued efforts to combat illegal pain clinic and rogue pharmacy operations. But each of us also has a role to play, particularly in safeguarding access to powerful medicines in our own medicine cabinet,” Mayor Jacobs said. “Working with local partners, we’re trying to keep prescription medication out of the hands of addicts or susceptible family members.”

Mayor Jacobs closed her remarks by introducing Florida’s Surgeon General and Secretary of Health, John Armstrong, M.D., who has championed the use of innovative technologies along with “old-fashioned accountability” as a means of boosting public health for all Floridians.

The rest of the Summit featured panel discussions from local and national law enforcement officers, government administrators and physicians on the impact of new drugs, law enforcement trends and treatment and community resources.