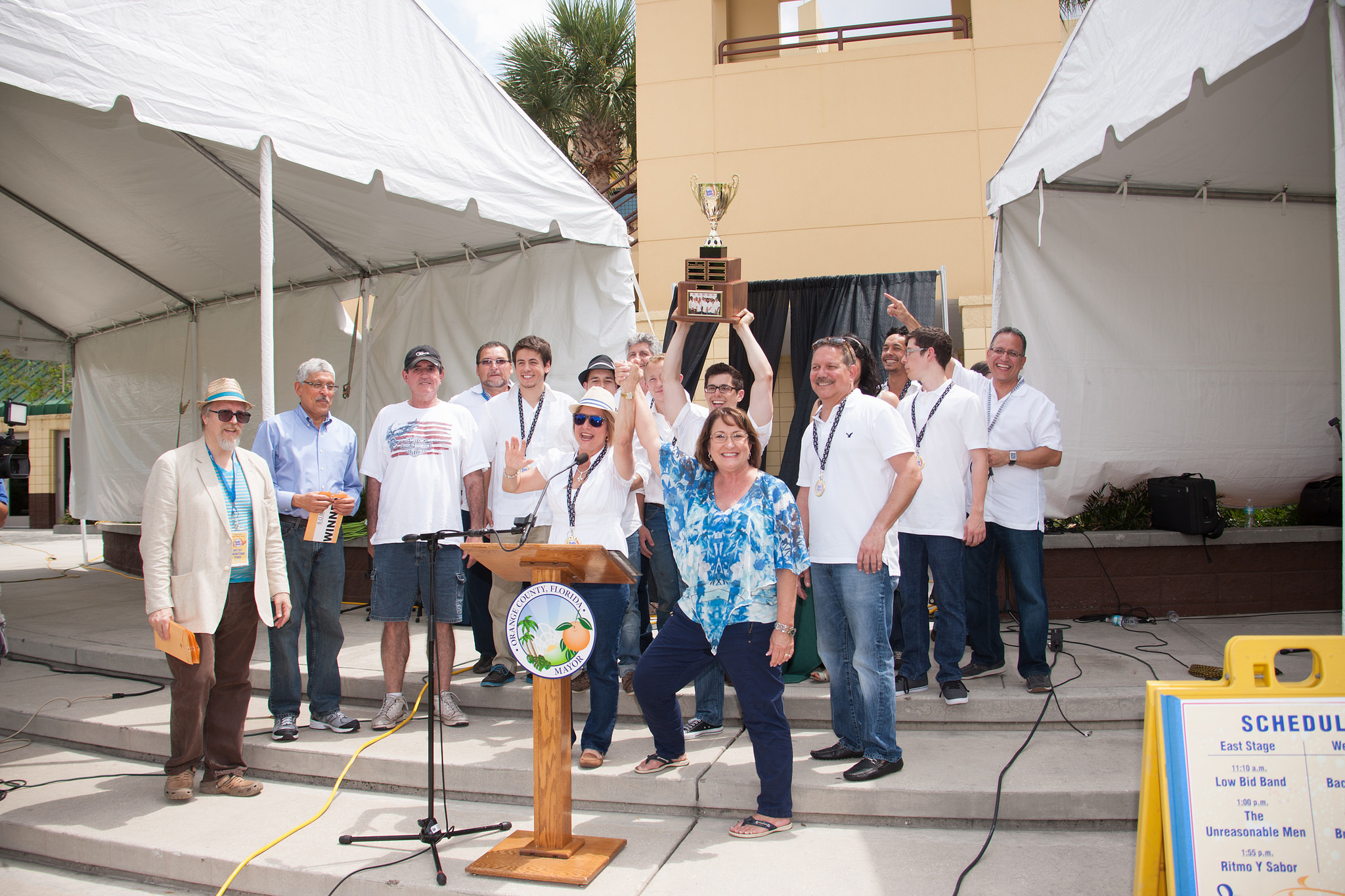 Mayor Teresa Jacobs welcomed citizens and Orange County employees to the Second Annual Spring Festival and Battle of the Bands at Barnett Park on April 18.

“It was a perfect day to relax and enjoy the musical talents of the employees’ bands who competed this year,” Mayor Jacobs said. “I was happy to greet so many citizens at the event and to have the pleasure of being in beautiful Barnett Park for a few hours.”

Each Battle of the Bands ensemble featured at least one county employee in the group. Participants included the Backyard Band, Low Bid Band, The Down Brothers Band, The Unreasonable Men, and Ritmo Y Sabor. After hours of entertainment, the judges made their decision and Mayor Jacobs and County Administrator Ajit Lalchandani presented the winning band, Ritmo Y Sabor, with the Mayor’s Cup.

Diana Almodovar, manager of Orange County’s Development Engineering Division for the Public Works Department, said Ritmo Y Sabor has played together for about a year. The band includes her husband, John, sons Allen and Alex, nephews José and Emmanuel , and brother-in-law José, and other friends.

“Band members have a special bond, but our band has an even more special bond because it involves our family members,” Almodovar said. “Time spent with our children always brings us joy. Music has been a part of our lives forever and we have shared it with our kids so that our Latin music and traditions can be passed on to other generations.”

The Mayor’s Cup with the winning group’s name engraved on it is now on display in the Orange County Government Administration Center.

A collection of photos from the Second Annual Spring Festival and Battle of the Bands is available for use by the media and are located on Flickr.