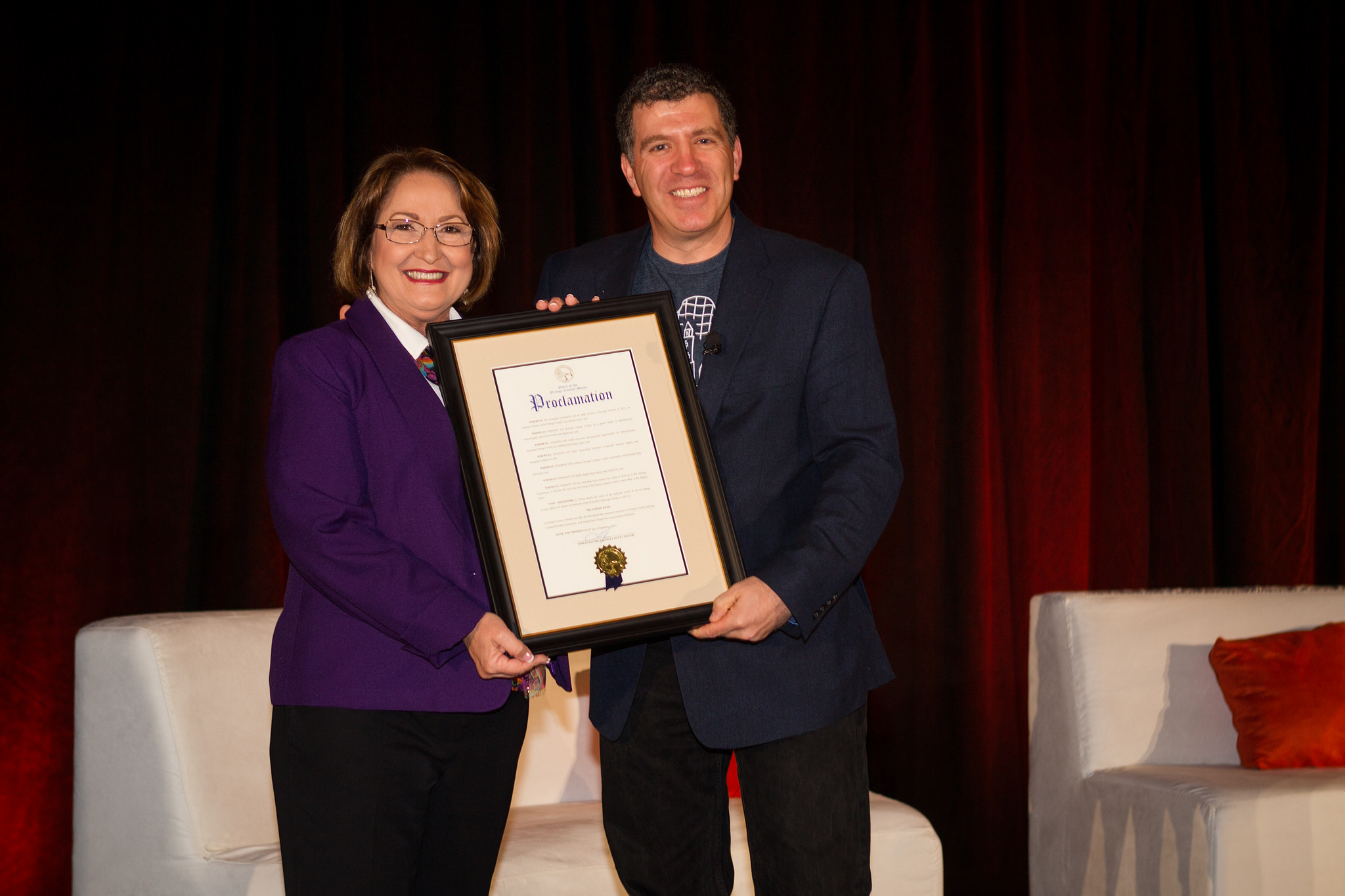 OrlandoiX offered attendees the opportunity to take part in the Gaming Experience, which featured walk-up tournaments, game building challenges and an expo of local gaming studios’ latest projects. Other activities included an opening party held at Wall Street Plaza and hosted by IZEA, a Battle of the Geek Bands, during which four bands performed and a winner was chosen by audience vote, as well as a Startup Summit comprised of local entrepreneurs sharing their startup journeys.

According to David Glass, founder and executive producer of OrlandoiX, the festival was created “to showcase cutting-edge digital technology from around the world, and to bring tech industry leaders to Orlando for a week of conferences and exhibitions.”

Mayor Jacobs and the Orange County Board of County Commissioners approved Glass’ request for a $20,000 grant to ensure that the digital festival’s inaugural year would be a success, to further increase its chances of returning in the upcoming years, and to encourage continued local economic development opportunities in technology.

On Monday, Mayor Jacobs proclaimed Oct. 2 through Oct. 6 as OrlandoiX week throughout Orange County during her welcome remarks for the festival’s Speaker Series.

“From the digital arts to design and gaming, opportunities within Central Florida are truly limitless,” Mayor Jacobs said. “Our overall digital eco-system – including a tremendous pool of talent and creativity – is a great source of energy, drawing other partners, entrepreneurs and creators to Central Florida.”

Photos from OrlandoiX may be found on Flickr for use by the media.