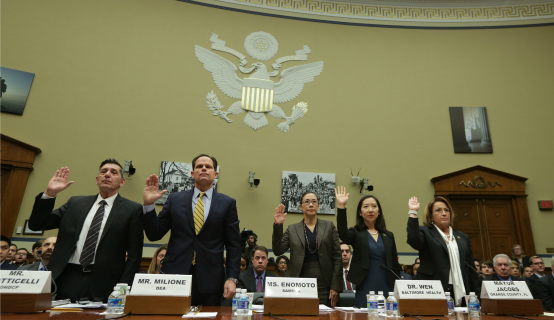 “Throughout the nation and my community, heroin deaths have skyrocketed,” Mica says. “I have invited Orange County Mayor Teresa Jacobs to testify about her Heroin Taskforce and work to keep Central Florida from being torn apart by heroin abuse. We must keep people from dying from skyrocketing heroin and drug overdoses.”

“Despite Central Florida’s strengthening economy, extraordinary quality of life and soaring reputation, heroin use has exploded. In 2015, we had 84 heroin-related deaths in Orange County, compared to 14 in 2011,” Mayor Jacobs said. “Congressman Mica has been with the Task Force every step of the way, including his current efforts to bring national attention to the recommendations and findings of our local experts and leaders. To save lives, the county needs an engaged community, as well as federal and state help. Thanks to Congressman Mica and his unwavering efforts to fight heroin and its devastating impact, we have a true champion for Orange County’s efforts to combat this epidemic.”

Mayor Jacobs and Sheriff Demings convened Orange County’s Heroin Task Force to address the extraordinary spike in local heroin use and overdoses from the highly addictive drug. To tackle this problem locally, Mayor Jacobs asked Sheriff Demings to co-chair the interdisciplinary and multi-jurisdictional Task Force. The Task Force was comprised of key community leaders who provided their expertise in the areas of law enforcement, education and prevention, healthcare and treatment to address the increase in heroin use and overdose-related deaths in Orange County.

Although prescription drug abuse is still a serious problem, heroin has become easier to obtain and has a very high-purity level. Troubling studies have found that more young adult professionals are using the drug.

“In Orange County, are doing everything we can with the resources we have. We need your help to stop the influx of drugs across the border, and help us treat more addicts,” Mayor Jacobs said. “Right now we only have 26 beds for the uninsured. With a regional population of 2.5 million, we need to do better, and we need to educate people so they never try this deadly drug in the first place.”

To view more photos from the hearing, visit Flickr.