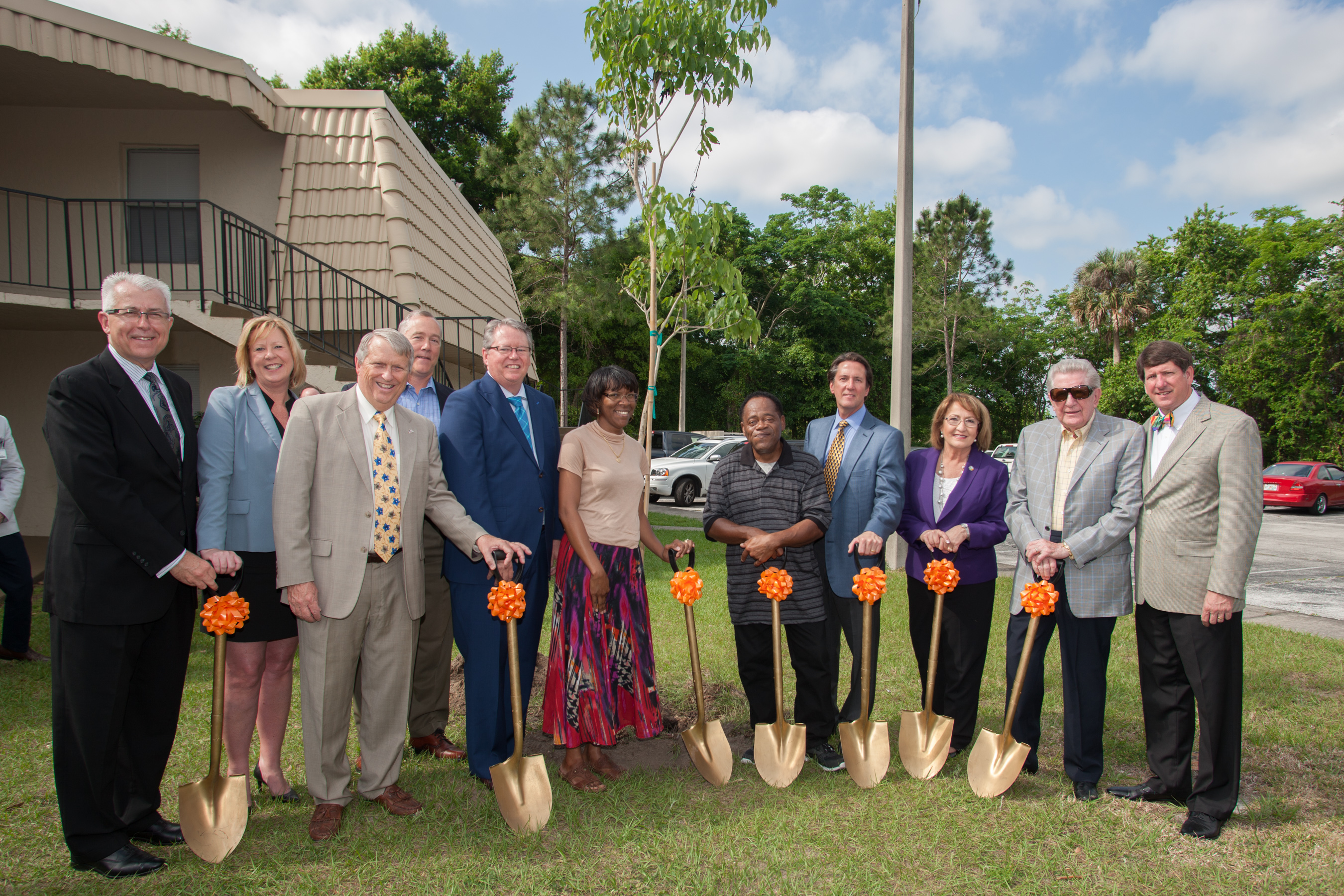 Wayne Densch Charities has owned and operated the Wayne Densch Center for the Homeless, a transitional housing community near Eatonville, for more than 15 years. On Wednesday, April 13, Wayne Densch Charities announced it is donating the property to Florida Hospital, which in turn has partnered with Ability Housing to transform the community into permanent housing and make significant renovations.

Simultaneously, Jacobs announced Orange County is projected to contribute $2 million to the project, which will allow Ability Housing to renovate the property and use it as a permanent supportive housing model.

“The Wayne Densch Center has given countless Central Floridians the opportunity of a second chance at life,” said John Williams, Chairman of the Board of Directors of the Wayne Densch Center for the Homeless. “In partnering with Florida Hospital, Orange County, Ability Housing and others, we will further this amazing work and continue to transform lives.”

In late 2014, Florida Hospital made the largest donation of its kind in Central Florida by committing $6 million to impact chronic homelessness in the Central Florida region, by supporting the housing first model.

“With this donation from Wayne Densch Charities, we will build upon the successful programs established here by Leonard Williams and the entire Williams family,” said Mike Griffin, Vice President of Public Affairs for Adventist Health System’s Florida Division/Florida Hospital. “With these new partnerships, we’ll also strengthen this community and devote more resources to give residents permanent housing solutions.”

Orange County is the single largest funder of public services for the homeless in Central Florida, currently allocating more than $7 million in direct funds.

This project is part of the county’s initiative to create more affordable family housing, and also serves as an example of the continued commitment by Orange County to help families and individuals exit homelessness into permanent housing.

“We must broaden the options that are available to our homeless families. To serve these most vulnerable citizens, in the past year we’ve intensified our efforts to expand affordable housing projects, and also to support the ‘housing first’ approach, with dedicated funding for permanent supportive housing and rapid re-housing,” Jacobs said. “Permanent supportive housing for homeless families is vitally necessary in our community, since it provides resources for families who have particularly difficult challenges, including mental illness, addiction or physical disability.”

Ability Housing has been serving the homeless and people at-risk of being homeless for 25 years. The nonprofit organization currently provides affordable and supportive housing to more than 350 formerly homeless and at-risk families and adults with disabilities in Northeast Florida.

At the request of the Central Florida Commission on Homelessness and with the support of JPMorgan Chase, Ability Housing expanded to the Orlando area last year.

“We are so impressed with the amazing program and services at the Wayne Densch Center. They have accomplished so much already, and we will build upon this strong foundation,” said Shannon Nazworth, Executive Director of Ability Housing. “We look forward to partnering with the residents and joining them in their journey.”

Yvette Tarver Ricks, a former resident of the Wayne Densch Center for the Homeless, attended school and even met the man who would later become her husband while living in the community. Ricks is now employed by Florida Hospital as a patient care technician and owns a home with her husband.

“About 16 years ago, I was in treatment at the Center for Drug Free Living. It was a very difficult time in my life, and I needed a home. Then, someone told me about the Wayne Densch Center,” Ricks said. “I am a testament to what happens when our community comes together and gives people a chance. I was given life changing opportunities at the Wayne Densch Center.”