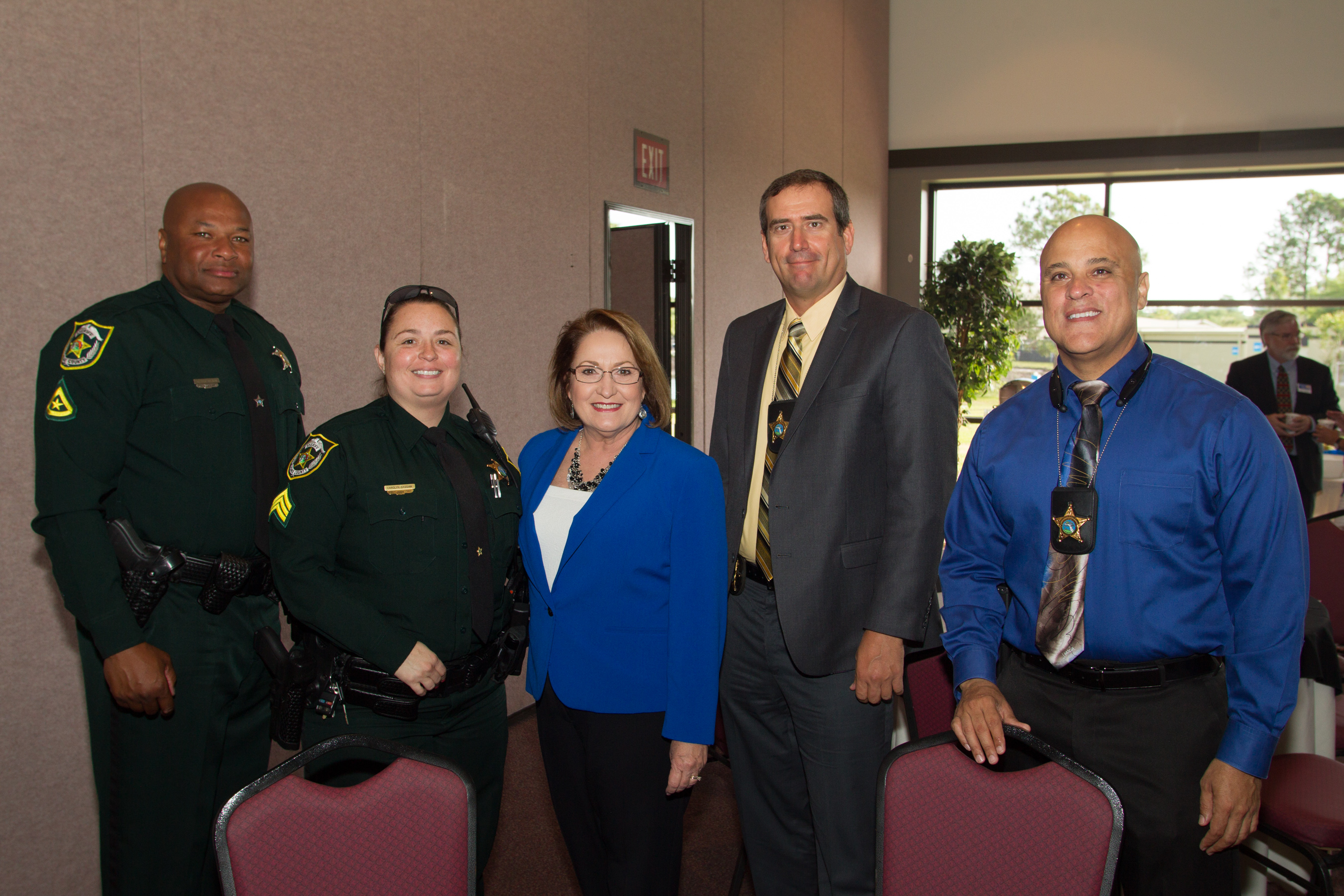 In honor of Child Abuse Awareness Month, members of Orange County’s Domestic Violence and Child Abuse Commission hosted a Child Abuse Prevention and Treatment Summit to focus on child abuse prevention and awareness and to promote the well-being of children and families in the community.

Orange County Mayor Teresa Jacobs, chair of the Commission, addressed participants and presented a proclamation on behalf of the Board of County Commissioners at the First Baptist Church of Orlando.

“All children deserve to grow up in a safe and nurturing environment to ensure they reach their full potential. A safe and healthy childhood helps to produce confident, contributing and successful adults,” Mayor Jacobs said. “In part, child abuse and neglect can be reduced by making sure every family has the support they need to raise their children in a healthy environment.”

The summit’s community discussion on how to prevent child abuse used the “Community Café” approach. This model focuses on developing relationships to strengthen families and creates stronger partnerships with parents and communities through meaningful conversations with child advocate agencies. This approach is being practiced in neighborhoods, early learning and child care settings, tribal centers, schools, faith-based organizations, and social service systems.

“Mayor Jacobs leads with her heart and best intuition to help our community. This Child Abuse Prevention and Treatment Summit is a great example of that,” Dick Batchelor, Co-chair of the Commission and President of Dick Batchelor Management Group said. “Orange County has the second highest volume of abuse reports out of the 67 counties in Florida, with more than 14,000 reports in 2015. We are working diligently to help reduce that number and create a safe community for our children.”

The Orange County Domestic Violence Committee was originally convened in 2005 by former Ninth Judicial Circuit Court Chief Judge Belvin Perry, Jr., and the late Honorable Lydia Gardner, former Orange County Clerk of the Courts. As a result of several tragic cases occurring over the last several years in Orange County, Mayor Jacobs reconvened the Domestic Violence Commission (DVC) in February 2013. Six work groups were formed and more than 70 individuals representing a diverse spectrum of the community, as well as survivors, participated in the work of the DVC. In June 2013 the Commission produced more than 60 recommendations for improvements to services for Orange County families impacted by domestic violence.

After the Domestic Violence and Child Abuse Commission was renamed last year, the Commission expanded its membership to include community leaders with expertise in the field of child abuse prevention.

Photos from the conference may be found on Flickr for use by the media.