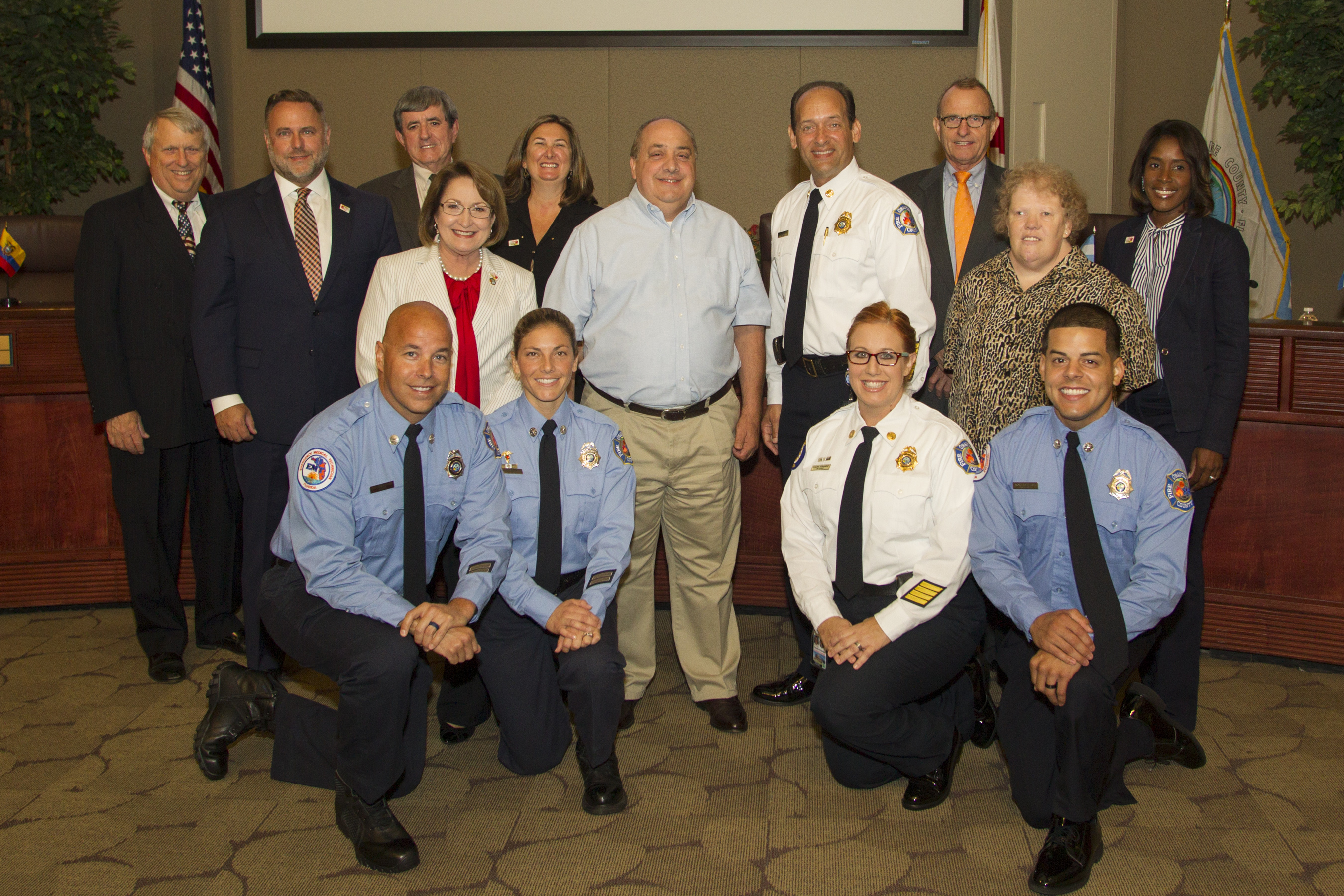 Chef Robert Scambia was honored by Orange County Mayor Teresa Jacobs, the Board of County Commissioners (BCC) and Orange County Fire Rescue Chief Otto Drozd III for his selfless service to the firefighters of Orange County during the BCC meeting on Sept. 13, 2016.

Chef Rob, as he is affectionately known by the Fire Rescue crews, lost a friend among the 343 firefighters killed in the devastating national tragedy that occurred on Sept. 11, 2001. Since that fateful day, he has made it his mission to cook for fire stations across Florida as a tribute to those who were lost on 9/11 and as a thank you to local heroes who continue to serve their communities daily.

“We are truly thankful for Chef Rob’s tireless efforts to give back to the first responders of Orange County Fire Rescue,” said Mayor Jacobs. “He is an outstanding example of what it means to serve his community, and we commend his graciousness and commitment to his mission.”

When he began cooking for Orange County Fire Rescue, he quickly developed a strong bond with the firefighters. Firefighter and paramedic Maria Bernard of Station 83 found out Chef Rob had been working towards creating a cookbook for years and began a GoFundMe account to help make his dream a reality.

Kleenex® found the online fundraiser and partnered with Orange County Fire Rescue to present Chef Rob with the first edition of his cookbook. The resulting video “A Recipe for Care,” which is part of Kleenex’s “Someone Needs One” campaign, is a two-minute tearjerker that has catapulted to nearly six million views on social media in only three weeks.

“I never expected something like this to happen to me,” said Scambia, a part-time bakery clerk at Publix. “I’m so grateful for what Kleenex did and for all of my firefighter friends at Orange County Fire Rescue and throughout Florida who have supported me on my journey.”

“Without a doubt, Chef Rob has become a member of our Fire Rescue family,” said Drozd. “He exemplifies the spirit of service before self, and we are honored to call him our brother.”

“A Hero’s Cookbook” is available for purchase. All proceeds benefit the Orange County Fire Fighter’s Benevolent Association, a nonprofit organization focused on assisting firefighters in their time of need.