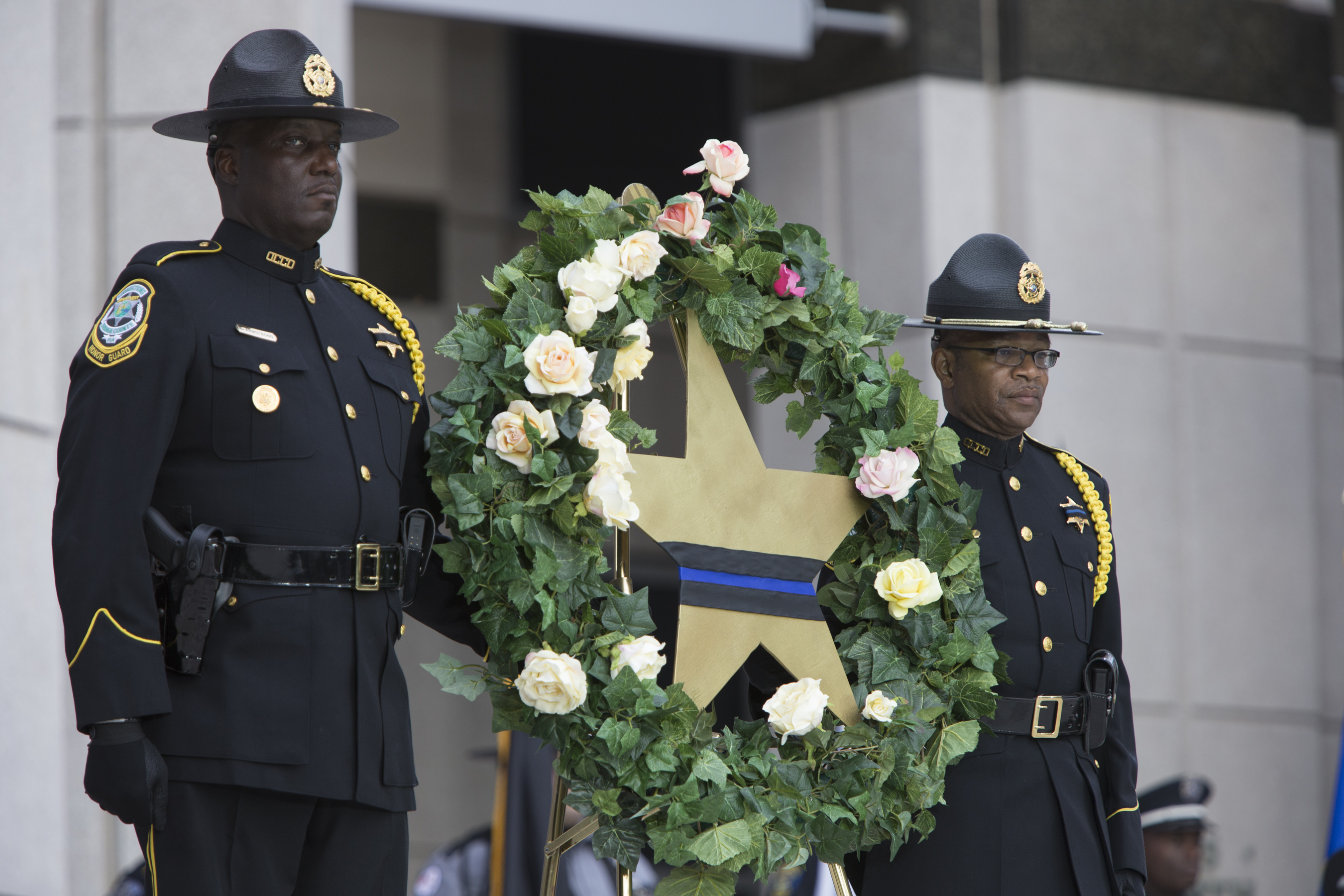 The ceremony, held annually in the courtyard of the Orange County Courthouse, paid tribute to those officers who have suffered a serious injury, who died of natural causes and those brave men and women who currently serve the community.

“Our community will never forget the sacrifices made by Lt. Clayton and DFC Lewis, and we remain heartbroken for their parents, grandparents, children, sisters, brothers, fellow officers and friends. As we continue to mourn this devastating loss, we must do everything possible to support their families and to forever honor the legacies and the lives of our local heroes who were taken from us much too soon,” Mayor Jacobs said. “One way to honor these and all law enforcement officers is to respect and appreciate their contributions, and to remember that each and every day, the brave men and women of law enforcement leave their homes and families – knowing that they may not return – and risk their lives to keep us safe.”

Hosted by the Fraternal Order of Police, the ceremony began with a memorial parade to the courthouse grounds featuring officers on motorcycles, honor guards, bag pipe players, drummers, uniformed personnel, survivors and guests.

Stories of all the fallen law enforcement officers honored at the ceremony can be found by searching the name of the agency through the non-profit organization, Officer Down Memorial Page.

Mayor Teresa Jacobs and community leaders joined regional law-enforcement agencies on May 7 at the Orange County Law Enforcement Memorial Ceremony to honor the...