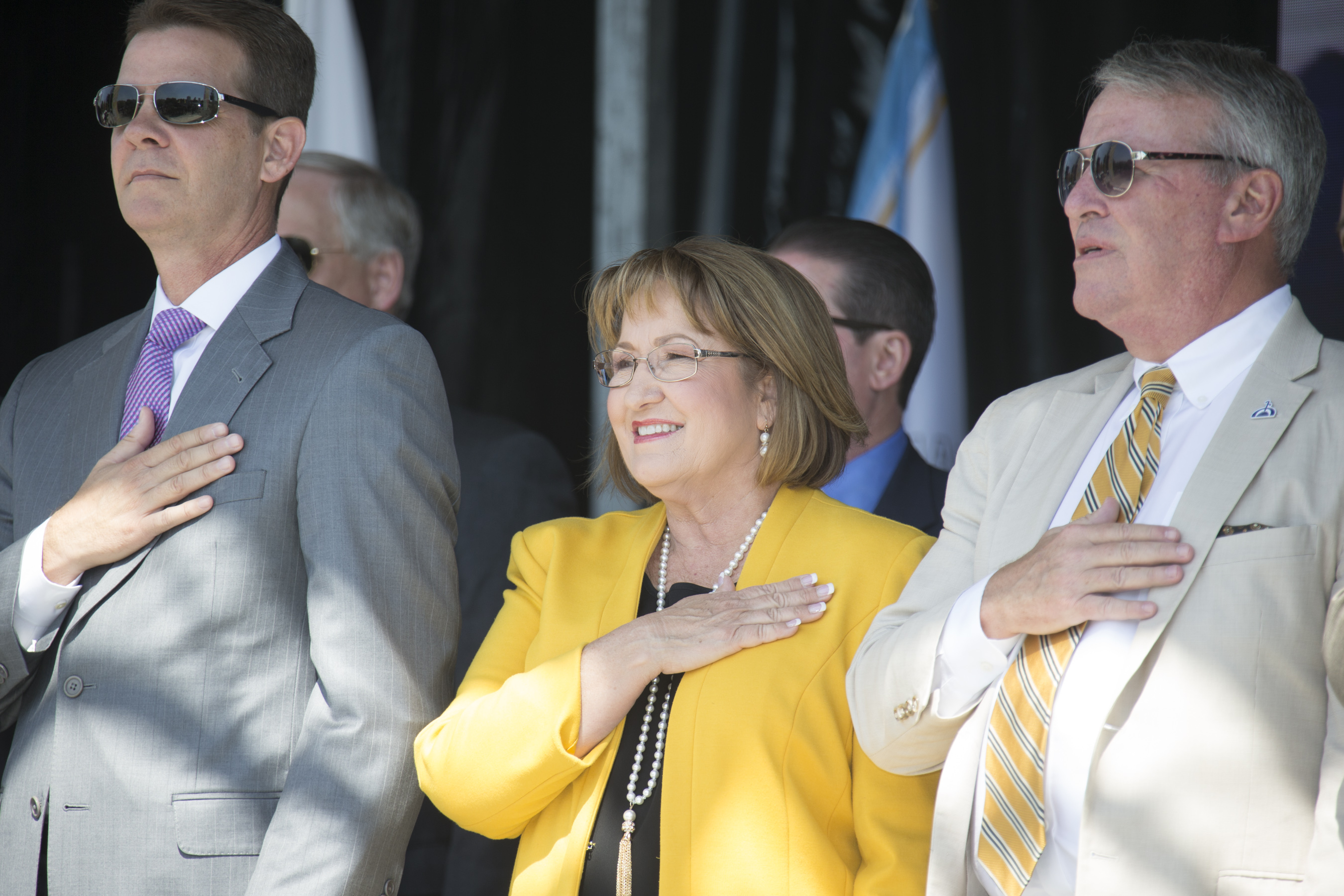 Orange County Mayor Teresa Jacobs joined community leaders at a groundbreaking ceremony ushering in a transformative campus that will soon rise in downtown Orlando. Dr. Phillips Academic Commons is the first building to be built at the new campus the University of Central Florida will share with Valencia College. The campus is expected to serve 7,700 students from both institutions when it opens in 2019.

The groundbreaking was a chance for the community to celebrate the campus’ beginning and the changes it will bring to downtown Orlando, Orange County and future generations’ success. The new campus will include an academic building, a renovated UCF Center for Emerging Media and a 600-space parking garage. Located in Creative Village, the campus will be among other higher-education institutions, high-tech companies, startups and housing for the students.

“This new, centrally located campus will allow for even more opportunities for its students, especially those who are residents,” Mayor Jacobs said during her remarks. “This will help ensure new pathways to a college education for our community, lifting our region’s prosperity and providing new academic programs that align with growing industries in our region.”

UCF and Valencia’s downtown campus presence across the street from Orange County Public Schools’ new K-8 Parramore school, will allow children to progress from Pre-K to graduate school while remaining in the same community they grew up in.

“This innovative campus will offer a bold new avenue for uplifting lives and livelihoods of students from the Parramore neighborhood, from Central Florida and from throughout our Sunshine State,” UCF President John C. Hitt said. “It will provide area employers with talent that will invigorate and reshape the workplaces of tomorrow. And it will energize the rising downtown of the No. 1 tourist-destination city in America. With today’s groundbreaking, we begin a future of greater prosperity in Central Florida.”

Valencia College President Sandy Shugart said Valencia and UCF will work with the community to build a campus that positively impacts the future of its residents and neighbors.

“We’re building something unique here,” Shugart said. “But the real measure of a college or university isn’t defined by its buildings, but how well it serves those within them. We’re determined to make a difference in the life of this community.”

The Dr. Phillips Academic Commons building will be the center of campus, a dynamic academic building with classrooms, collaborative space and an open-air courtyard. The four-story building is designed to provide a full college experience from the first day it opens in Creative Village, a new high-tech neighborhood sprouting from the site of the city’s old NBA arena.

In addition to working closely with the Parramore community, the Harris Rosen Foundation has announced that they will cover the cost of undergraduate degrees for Parramore students if they attend Valencia, UCF or any other in-state college. Also, any high-achieving high school student from Parramore who wishes to become a doctor and are admitted into the UCF College of Medicine will attend on full scholarships.

Construction for the new campus will begin this summer and is expected to create more than 2,000 jobs and an estimated $200 million impact each year.