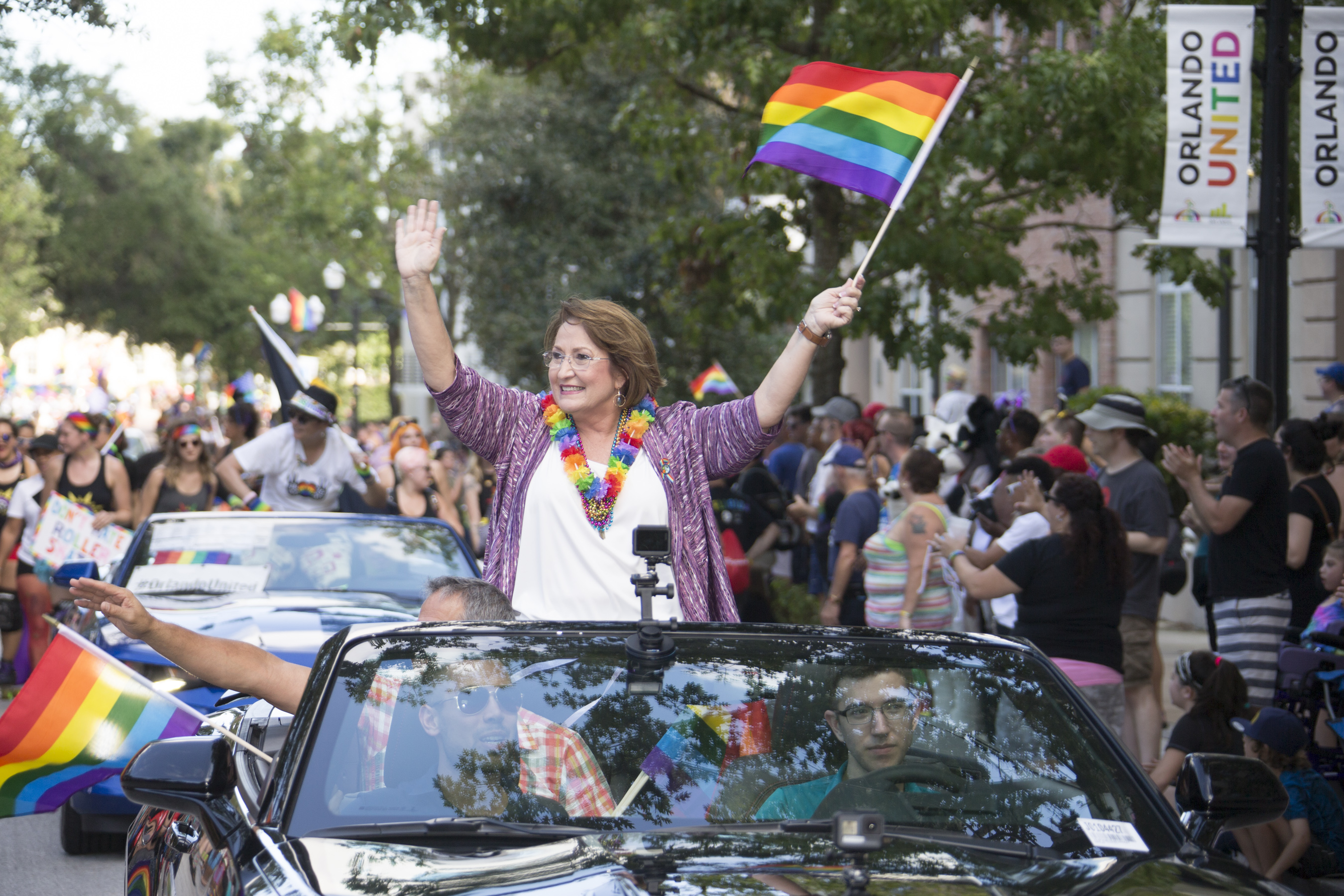 Orange County Mayor Teresa Jacobs joined the community for the 2017 Orlando Come Out with Pride Parade and Rally, which celebrated Orlando’s LGBTQ community, its allies and all those who stand united with Orlando.

Orange County District 3 Commissioner Pete Clarke, District 5 Commissioner Emily Bonilla and City of Orlando District 4 Commissioner Patty Sheehan were also in attendance. The event, which gathered more than 50,000 attendees, was held on Oct. 14 and has become one of the largest Pride festivals in Florida.

At the end of the parade, participants gathered for a Pride Rally at the Walt Disney Amphitheater at Lake Eola Park, where Mayor Jacobs presented a proclamation declaring Oct. 14 as Come Out with Pride Orlando Day in Orange County.

“Come Out With Pride has always been a much anticipated and treasured event in Orlando, but recently it has taken on a much broader purpose. It’s more important than ever for us to show unity and compassion, and to lead with love and kindness,” Mayor Jacobs said during her remarks. “We are a community that doesn’t just embrace diversity and inclusion, but views it as one of our greatest sources of strength and pride.”

Mayor Jacobs also thanked LGBTQ champions, advocates and leaders throughout Central Florida for their collaboration and support during Orlando’s most difficult moment in history last year during the Pulse nightclub tragedy. On June 12, 2016, Orange County was impacted greatly by a senseless act of violence and hatred at Pulse Nightclub when a gunman killed 49 people and injured 68 others at Pulse in the City of Orlando. More than a year later, the community continues to remember our 49 brothers and sister, their families and the survivors as they continue to heal from the tragedy.

Come Out with Pride, Inc. is a nonprofit organization made up of an all-volunteer board and production team inspired to make an impact in the LGBTQ+ community. The Metropolitan Business Association, Central Florida’s LGBTQ Chamber of Commerce, saw the need for the Pride festival to focus on building unity and cohesiveness within the community, which led to the creation of Come Out with Pride in 2005.

Come Out with Pride is celebrated during the first weekend in October to align with National Coming Out Day on Oct. 11 and National Gay and Lesbian History Month.

Featured Photo: Orange County Mayor Teresa Jacobs joined the community for the 2017 Orlando Come Out with Pride Parade and Rally held in downtown Orlando on Oct. 14, 2017.

2017 Come Out With Pride Parade and Rally 46 Photos