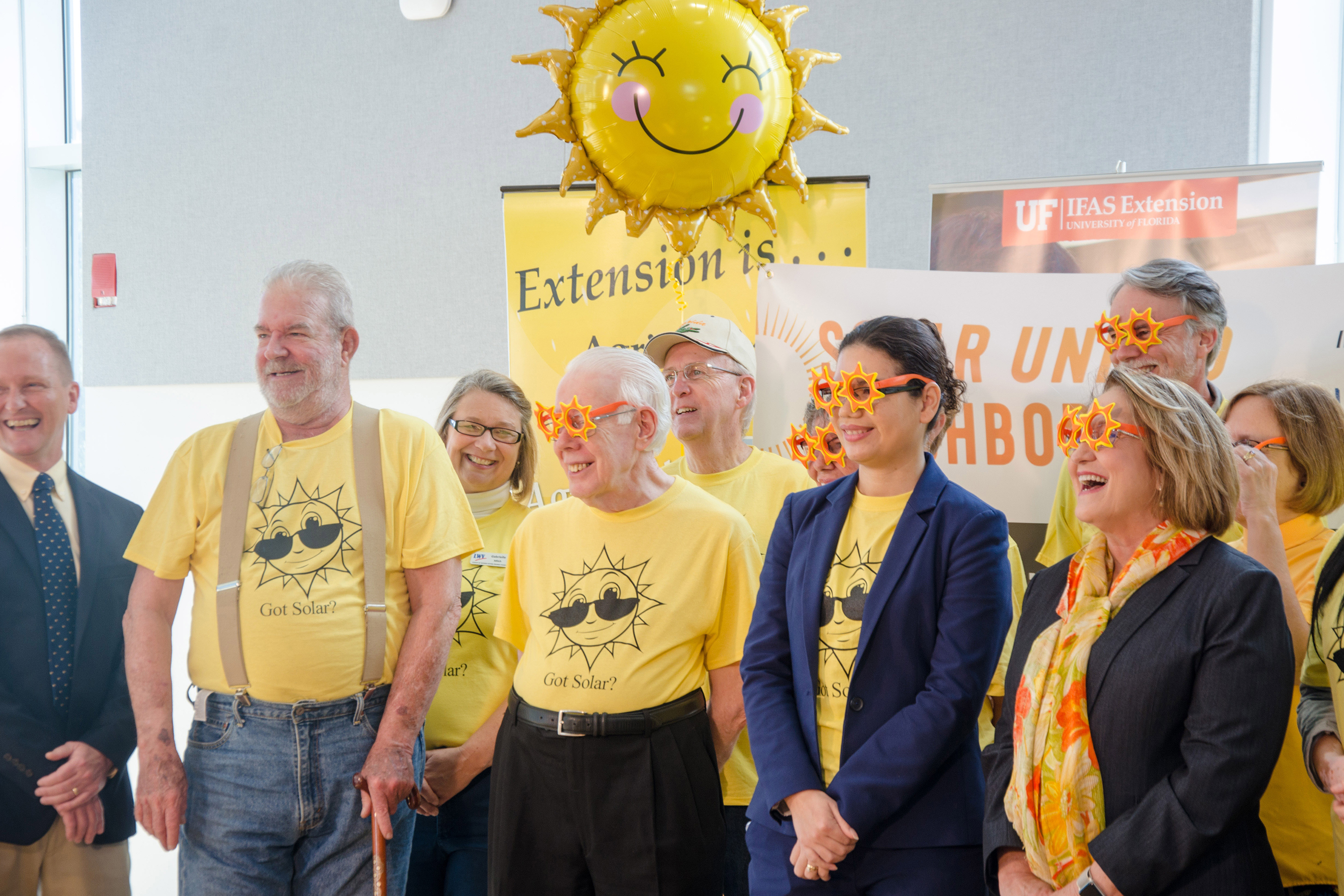 Orange County is building on the momentum of the state’s largest and most successful solar co-op by again partnering with Solar United Neighbors of Florida to bring two additional solar co-ops to residents and business owners in 2018.

Solar co-ops provide bulk discounts – between 15 and 33 percent – for a group of homeowners interested in purchasing solar panels. As part of a solar co-op, each participant signs an individual contract with the group-chosen installer, and all participants benefit from the discount. All homeowners who reside in Orange County, including in city jurisdictions, are eligible to participate in their respective co-op.

Orange County launched its first solar co-op in the summer of 2016 with 515 participants. Of those households, 79 installed solar through the co-op, accounting for 702.83 kW of new solar capacity in the County. In addition, $1.3 million was invested in solar with this co-op with a total energy savings over a lifetime of solar array of $3.5 million. Orange County Mayor Teresa Jacobs and her family were among the 79 households who joined this first solar co-op.

“My husband Bruce and I were so excited to join Orange County’s solar co-op in 2016. Not only is solar energy good for our environment, it contributes to Orange County’s overall sustainability efforts,” Mayor Jacobs said. “We love the solar co-op experience, which allows us to take advantage of the beautiful year-round Florida sunshine to help power our home. Bruce is addicted to checking the app to see how much energy we’re generating! I encourage all residents to explore a co-op. Not only does the co-op make solar energy more affordable, it makes our community more sustainable – now and for generations to come.”

Solar power also supports Jacobs’ goals in her Sustainability Initiative, “Our Home for Life,” which seeks to reduce barriers to alternative energy and increase renewable energy production by 10 percent in 2020 and 25 percent by 2040.

“Orange County Government partners with Solar United Neighbors of Florida because they have a proven track record of being a local nonprofit that operates in 17 Florida counties and has more than 2,700 solar co-op members,” said Renee Parker, environmental programs administrator of Orange County Environmental Protection Division.

Joining a co-op does not obligate members to purchase panels. The exact price of a Photovoltaic (PV) system is dependent on homeowners’ preference in system size and their home’s energy consumption. Homeowners have the option to install the size PV system that fits their budget.

“Since 2015, Florida solar co-ops Solar United Neighbors of Florida co-ops have helped more than 700 homeowners go solar,” said Solar United Neighbors of Florida State Director Angela DeMonbreun. “The value co-ops offer to homeowners who want to add solar power to their homes is that they can be educated about the process, feel confident that the installers are professional and meet specific qualifications, and the work is done at a discount.”

The partnership is also supported by the Florida League of Women Voters of Orange County.

“The Solar Energy Industries Association estimates that Florida’s sunshine gives it the potential to be among the top three states in America for solar power,” said Leesa Bainbridge, co-president of the Orange County League of Women Voters. “By joining in solar co-ops Central Floridians can start planning for the sun to help pay their electric bills.”

As part of this initiative, Orange County streamlines the permitting process for solar installations. New solar permits can be processed in a single day.

For more information about solar in Orange County visit http://www.ocfl.net/solar.