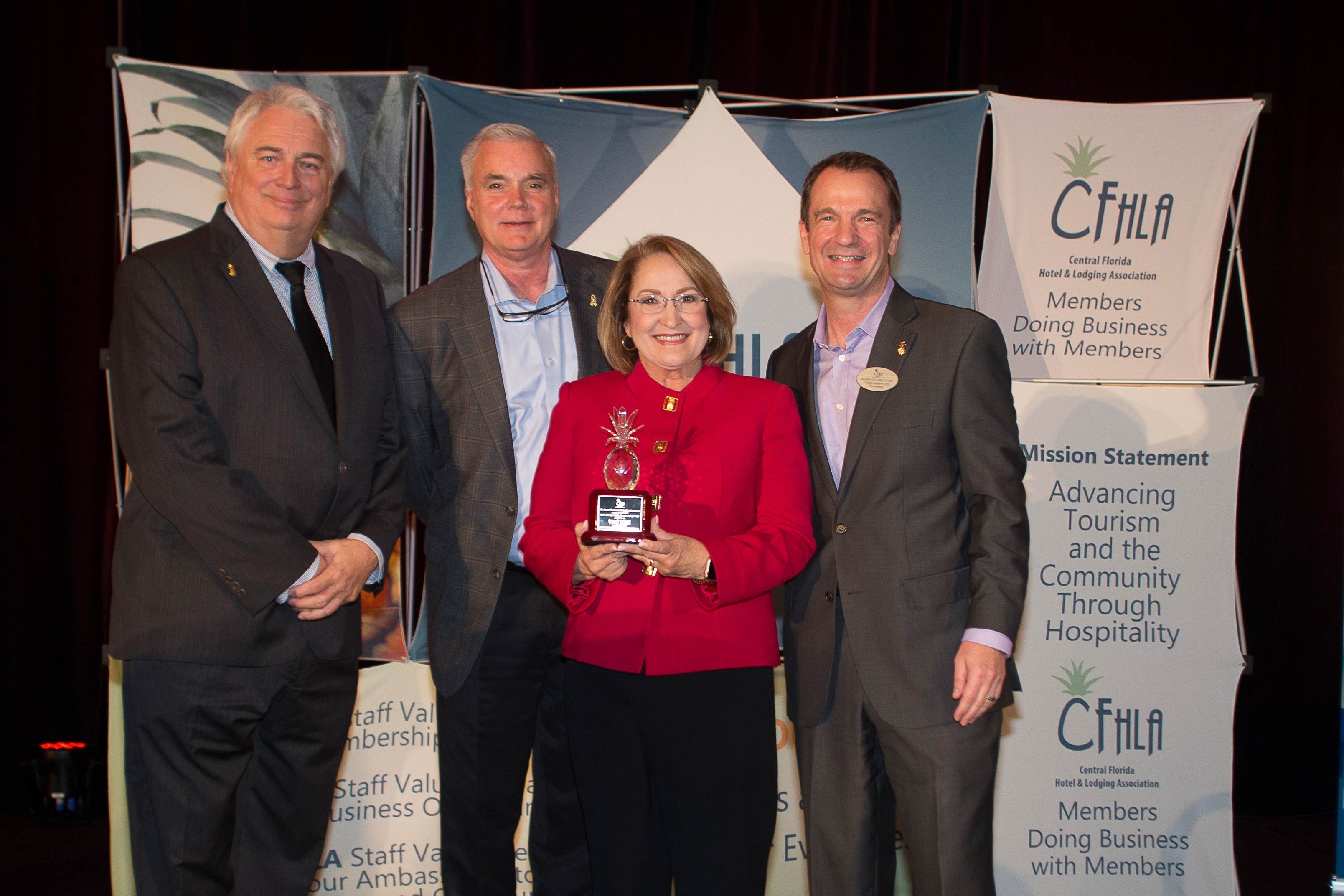 Orange County Mayor Teresa Jacobs was recently recognized as the 2017 “Public Servant of the Year” by the Central Florida Hotel & Lodging Association (CFHLA) for her leadership in local government and support and advancement of hospitality and tourism in the region.

Mayor Jacobs joined hundreds of attendees in the business and hospitality community at CFHLA’s annual membership luncheon on Feb. 21 to receive the honor. CFHLA represents one of the largest regional hotel associations, representing approximately 80 percent of all lodging rooms in Orange, Osceola and Seminole counties.

“Mayor Jacobs has played an integral role to the hospitality industry for the past eight years,” CFHLA Chairman and Walt Disney World Swan and Dolphin Resort General Manager Fred Sawyers said. “She understands and respects the importance of the Central Florida hospitality industry relating to maintaining and creating jobs and economic development for Orange County.”

Upon receiving the award, Mayor Jacobs thanked the local leaders and organizations that help promote the region as a top tourist destination. Last year, Visit Orlando announced a record 68 million visitors. She also stated that without the strength of the local hospitality sector, key projects, including the Amway Arena, the Orange County Convention Center, Camping World Stadium and the Dr. Phillips Center for the Performing Arts, would not have come to fruition.

“Tourism continues to be a big part of our story, a big part in shaping our community,” Mayor Jacobs said. “The many millions of guests who come here each year are the reason why Orlando, in Orange County, is known as the number-one tourist destination in the nation.”

In Central Florida, the travel and leisure industry contributes an estimated 450,000 jobs, about one third, to the local economy, as well as has an economic impact of $68.5 billion to the region.