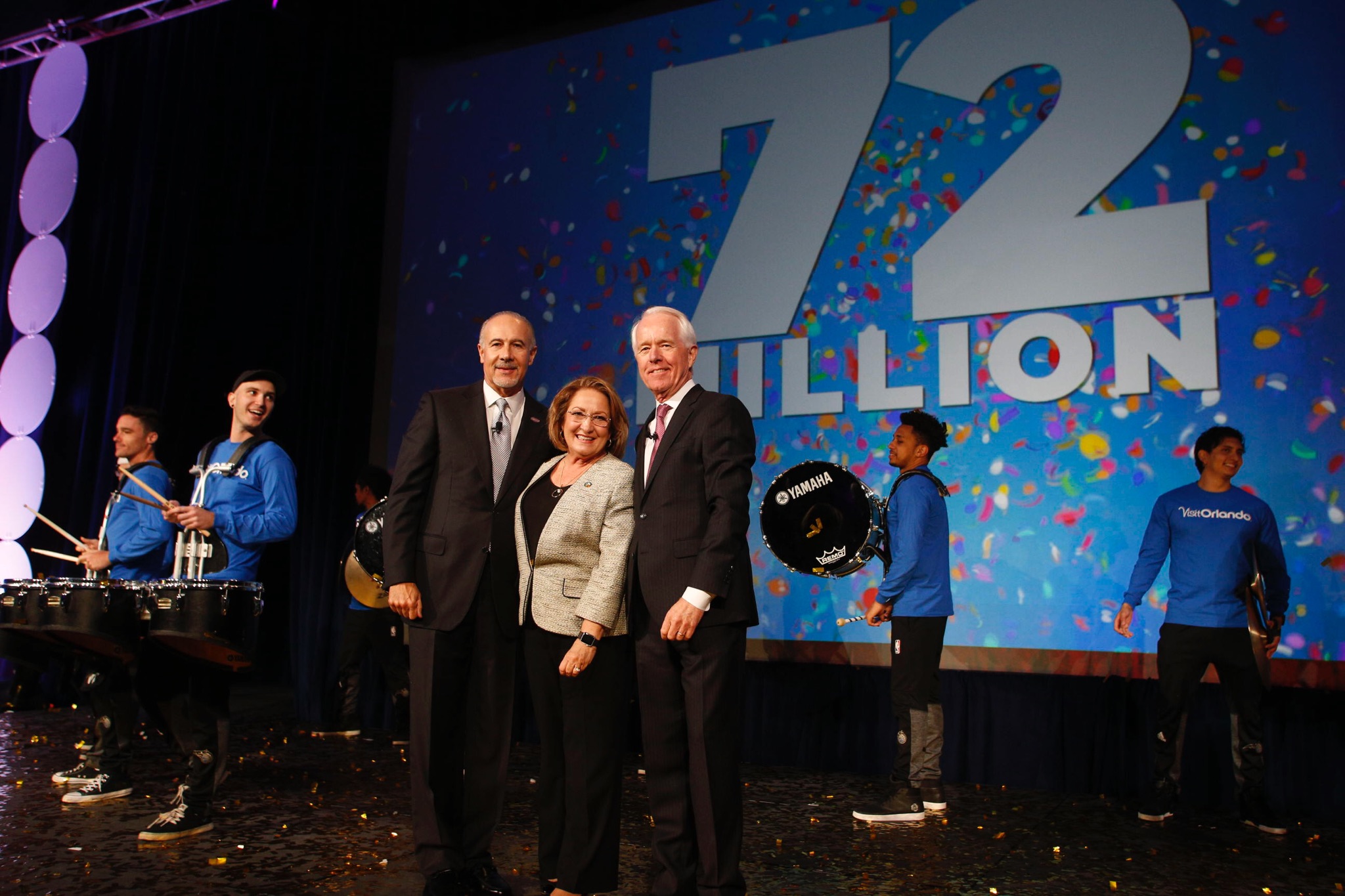 Today, tourism officials announced a historic milestone in the travel industry as Orlando became the first U.S. destination to surpass 70 million annual visitors. In 2017, 72 million visitors traveled to Orlando, an increase of more than five percent over the prior year, once again making it America’s most-visited destination.

“We’re always so excited to celebrate National Tourism Week, but here in Orlando, we really celebrate that every day,” said Orange County Mayor Teresa Jacobs. “Thanks to our outstanding tourism and hospitality partners, as well as our welcoming front-line dining, lodging, theme park and attractions workers, we remain one of the premier global destinations for leisure and business travelers. My sincere thanks goes to everyone who has contributed to our world-class tourism and hospitality industry. Together we’re working to ensure Orange County remains the best place to live, work, visit and raise a family.”

Visit Orlando, the region’s official destination tourism and marketing organization, shared the number today at a special gathering of more than 1,000 tourism and community leaders.

“Our record-breaking year was achieved despite international headwinds and the statewide effects of Hurricane Irma,” said Visit Orlando President and CEO George Aguel. “In 2017, our destination launched new consumer experiences on a significant scale and our marketing efforts leveraged increasing consumer confidence in the United States. We also continued our focus on communicating the unique emotional connection visitors have with Orlando.”

“Orlando’s record-setting visitation affirms the city as a leader in the U.S. travel industry,” said U.S. Travel Association President and CEO Roger Dow. “The success in Orlando is great, not just for this iconic destination, but for travel as a whole. As the U.S. overall looks to regain its share of the global travel market, this new milestone in Orlando is a welcome reminder of the resiliency of this industry.”

Orlando reached a host of new milestones in 2017 including:

In addition to the openings of new attractions, resorts and dining venues, Orlando’s visitation benefited from new and adjusted destination marketing strategies from Visit Orlando.

Visit Orlando, The Official Tourism Association®, represents the most visited destination in the United States, with a presence in more than a dozen countries around the world. Visit Orlando, together with its 1,200 member organizations, represents every segment of the area’s leading industry.

Home to seven of the world’s top theme parks, Orlando, Theme Park Capital of the World®, is the No. 1 family vacation destination and the most visited destination in the United States.  An unparalleled mix of unique experiences create cherished memories for visitors, including legendary theme parks, an array of world-class water parks, entertainment venues, an award-winning food scene, shopping and nightlife. Orlando offers more lodging options than nearly any other destination in the world, from expansive resorts to uniquely themed hotels.