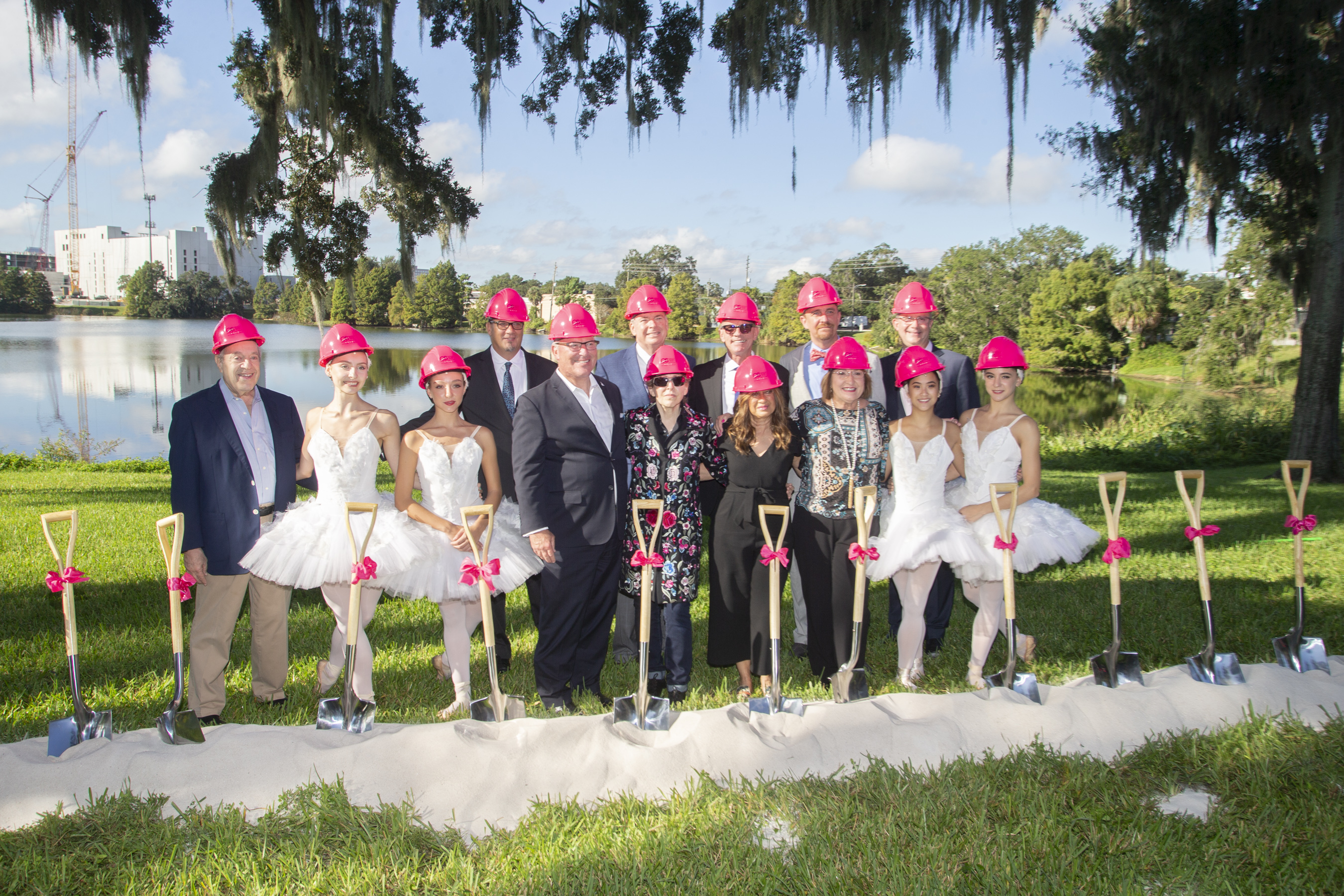 Mayor Jacobs’ remarks emphasized the importance of the arts in Orange County.

“For generations to come, this new place of learning, exploration and creativity will launch all kinds of ballet and dance enthusiasts,” Mayor Jacobs said. “As we break ground, we celebrate Orange County, Orlando and Central Florida as the best place to live, work and raise a family.”

As one of the region’s most generous philanthropists, Lake contributed a total of $7.5 million to the development and construction of the new $12 million ballet center that will soon carry her namesake. This facility will not replace Orlando Ballet’s use of the Dr. Phillips Center for the Performing Arts (DPC).

“Harriett spent her life working hard to make big dreams a reality. Today, we are here to memorialize and commemorate Harriett Lake’s labor and legacy of love,” Mayor Jacobs added.

The Orlando Ballet currently rehearses in the Loch Haven Neighborhood Center through a generous $1 per year, 99-year lease agreement with the City of Orlando.

The Orlando Ballet began in 1974 as The Performing Arts Company of Florida and was started with twelve young, non-paid dancers and only $4,000. In 1978, the Company changed its name to Southern Ballet Theatre and began performing at the Bob Carr Theater.

The company now performs at the Dr. Phillips Center for the Performing Arts. Since 2009, the Company has been under the creative expertise of Artistic Director, Robert Hill. Hill is a former principal dancer with American Ballet Theater, Royal Ballet, Covent Garden and the New York City Ballet. Today, Orlando Ballet is Central Florida’s only fully residential professional ballet company. More than 100,000 captivated theatergoers, residents and visitors, are spellbound by the originality, vitality and spirit that have earned the organization its critically acclaimed reputation.