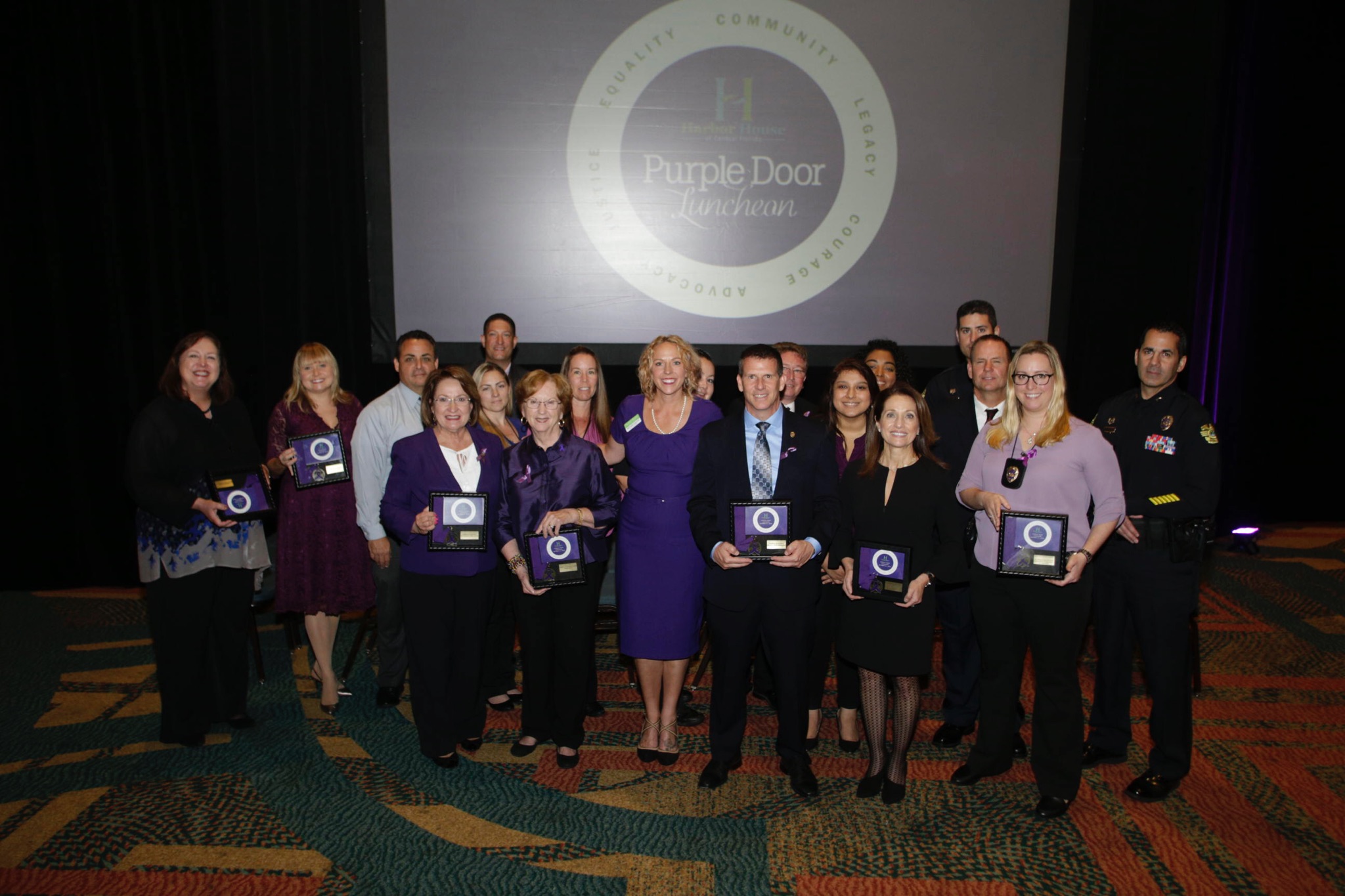 Orange County Mayor Teresa Jacobs was recognized as the Central Florida Champion of Advocacy for her service and unwavering commitment to children and families at the 2018 Purple Door Luncheon hosted by Harbor House of Central Florida on Oct. 17, 2018 at the Rosen Centre Hotel.

The signature event held during Domestic Violence Awareness Month celebrates survivors and brings the conversation of supporting and aiding victims of domestic violence to the forefront of the community.

“It is truly an honor to be named a Champion of Courage,” Mayor Jacobs said. “Our work to impact domestic violence and child abuse would not be possible without the leadership and commitment of Harbor House. Thanks to their efforts, countless vulnerable children and families of Central Florida have found hope, as well as a safe place for healing and rebuilding. Through their actions, the amazing Harbor House volunteers and leaders demonstrate our community’s spirit of compassion and care.”

Harbor House is Orange County’s leading authority on domestic violence and seeks to eliminate domestic violence in Central Florida by providing safety, shelter, empowerment, education and justice. The organization seeks to empower survivors to take control of their lives by rediscovering safety and self-esteem. If you or someone you know needs help, or for more information on resources for victims of domestic violence and child abuse, please call the Harbor House hotline at 407-886-2856 or visit their “safe escape” website at www.HarborHouseFL.com.

The Orange County Domestic Violence Committee (DVC) was originally convened in 2005 by former Ninth Judicial Circuit Court Chief Judge Belvin Perry, Jr., and the late Honorable Lydia Gardner, former Orange County Clerk of the Courts. As a result of a number of tragic cases, Mayor Jacobs reconvened the DVC in February 2013, and led the Task Force in producing a report that identified more than 60 recommendations for improvements to services for Orange County families impacted by domestic violence. In response to further research documenting the harsh reality that 80 percent of battered women have children in the same position, in 2015 Mayor Jacobs expanded the mission of the DVC to address issues related to child abuse.

Through the efforts of the Domestic Violence and Child Abuse Commission, and by working together with our public safety partners, including the court system and law enforcement, Orange County is working to protect and defend our families and youngest residents.

Orange County Government strives to serve its citizens and guests with integrity, honesty, fairness and professionalism. Located in Central Florida, Orange County includes 13 municipalities and is home to world-famous theme parks, the nation’s second-largest convention center, and a thriving life science research park. Seven elected members make up the Board of County Commissioners including the Mayor who is elected countywide. For more information, please visit www.OCFL.net or go to the Orange County Facebook and Twitter pages.

Photo Caption: Harbor House of Central Florida recognizes community leaders for their support of domestic violence awareness during the Champions of Courage Award Ceremony at their annual Purple Door Luncheon on Oct. 17, 2018 at the Rosen Centre Hotel.