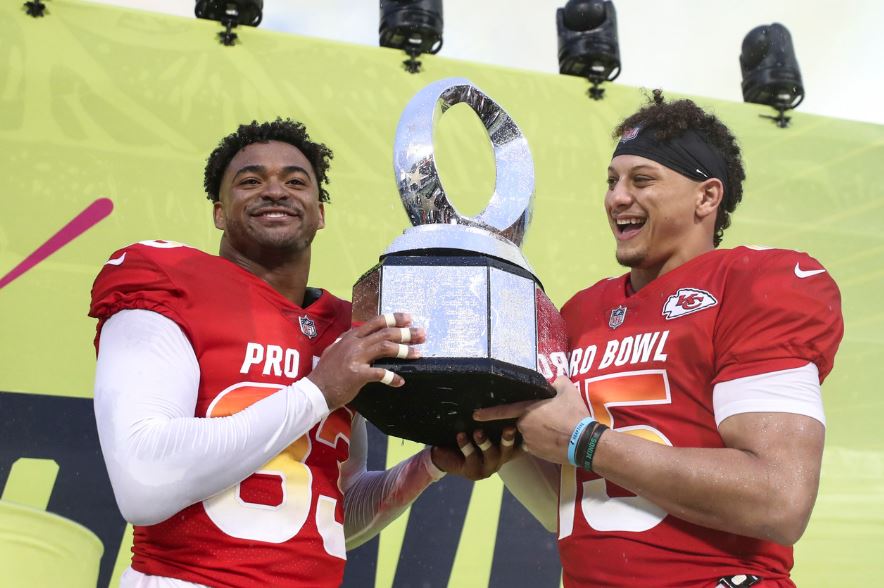 Thousands of fans from across the nation filled Camping World Stadium on Sunday, Jan. 27 to celebrate this season’s NFL all-star players and legends during the 2019 Pro Bowl in Orlando.

More than 100 players from 32 NFL teams comprised the rosters of the American Football Conference (AFC) and National Football Conference (NFC).  Fans were witness to a matchup of skills between the two conferences ending with a 26-7 win for the AFC. The game was televised on ESPN, ABC and Disney XD.

This was the third and final year of an agreement between Orange County Government, the City of Orlando, ESPN Wide World of Sports, Florida Citrus Sports and the NFL, that the stadium would host the popular bowl game.

“From the thousands of football fans who visited Central Florida, to the dedicated volunteers who participated in NFL community service projects, the NFL Pro Bowl has made a positive impact across our region,” Orange County Mayor Jerry L. Demings said. “I look forward to the continued partnership with other local leaders to provide funding for events, like the NFL Pro Bowl, to continue investing in this community.”

Leading up to game day, Pro Bowl Week celebrates the host community with several events to  engage fans through community service. All levels of football, from youth to high school, have the opportunity to watch their favorite players during Pro Bowl practices and skill drills and participate in exclusive clinics and family-friendly fan zones.

“We are fired up to be back in Orlando for our third year,” NFL Senior Vice President of Events Peter O’Reilly said. “This partnership was more than just a Pro Bowl game, it was a commitment to bring together the public to celebrate the great work by community and business leaders, as well as celebrating all levels of football.”

Prior to Orlando’s three-year agreement, the last time the Pro Bowl was hosted in Florida was in 2010 in Miami. Since 2017, Pro Bowl has had an estimated economic impact of more than $120 million to the region.