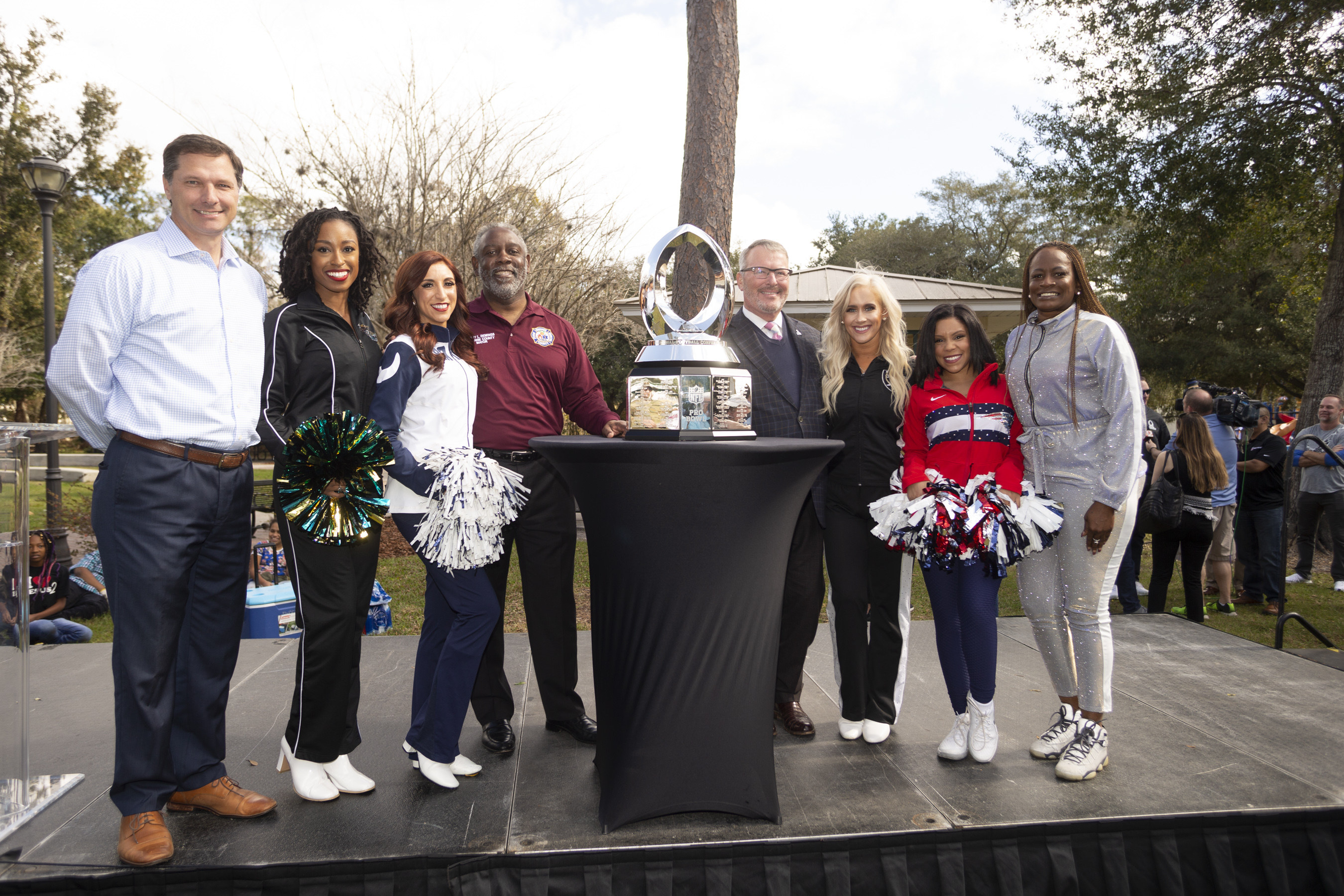 To kick off Pro Bowl Week, the NFL hosted their Community Legacy Event at Ivey Lane Park in Orange County. Volunteers from nearby schools along with NFL Legend Captains Emmitt Smith, DeMarcus Ware and Brian Urlacher planted park-friendly landscaping, built a neighborhood vegetable garden and revitalized an interactive play area at the park.

“I’m a product of this community. This neighborhood is home to me and I look forward to seeing the direct impact created by these hard-working volunteers,” Mayor Demings said. “I also look forward to the wonderful partnership with the City of Orlando to provide funding for events, like the NFL Pro Bowl, to continue investing in this community.”

The park revitalization project is part of the NFL’s Green Initiative, a focus on environmental efforts and responsible stewardship to the communities that they visit.

“The NFL has two objectives for Green Initiative projects. The first is to reduce the environmental impact created when we bring events, activities and guests into a community,” Director of the NFL’s Green Initiative Jack Groh said. “Second and most important, we want to create a green legacy that the NFL can leave behind for the community as a memory of our time there.”

Leading up to game day, Pro Bowl Week celebrates the host community. The NFL has planned additional events around the region intended to create a positive impact in areas including community service, youth football, youth health and wellness, military families and sustainability efforts.

Furthermore, Pro Bowl Week engages fans through all levels of football, from youth to high school, giving them the opportunity to watch their favorite players during Pro Bowl practices and skill drills, as well as participate in exclusive clinics and family-friendly fan zones.