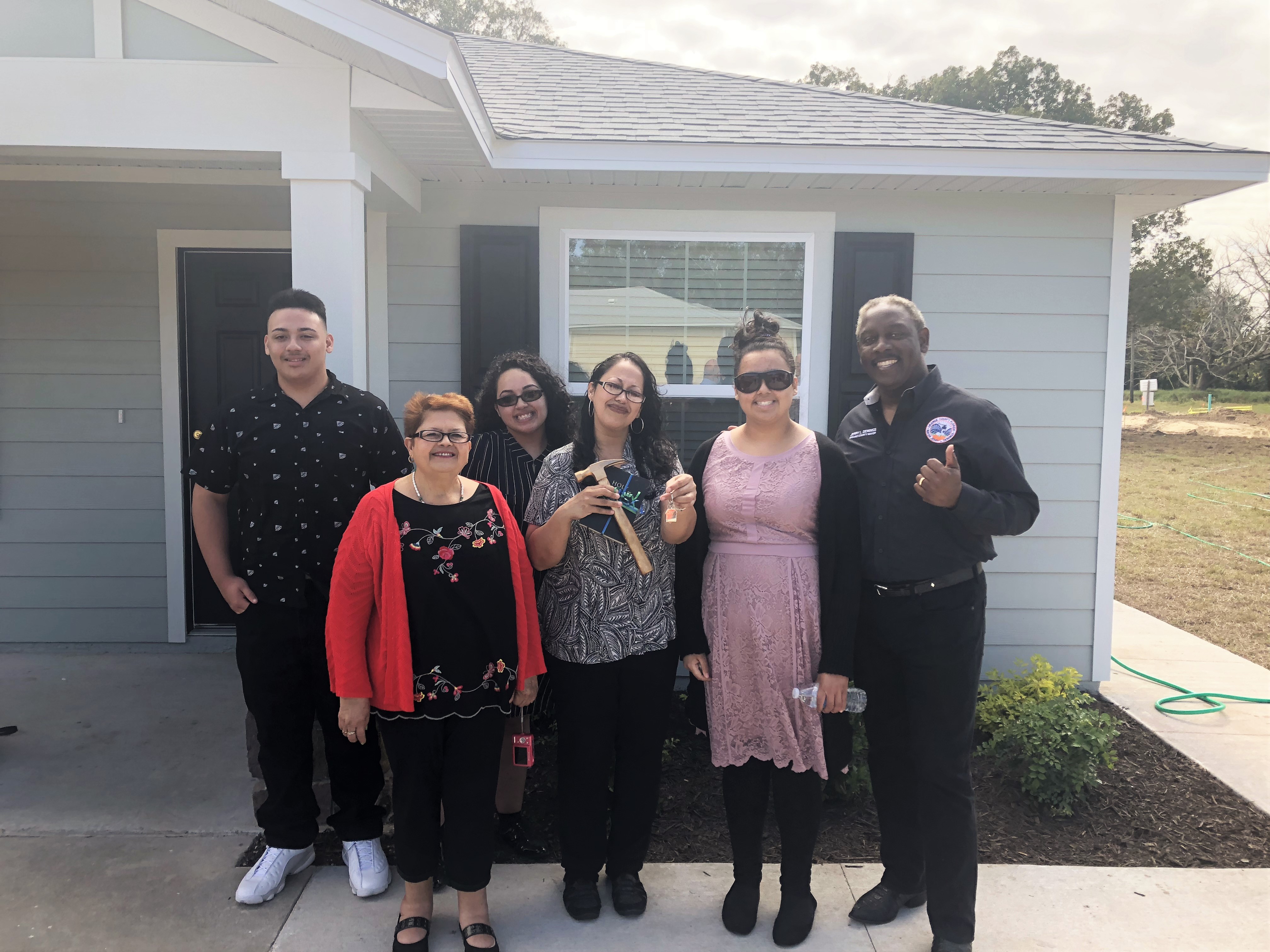 For six years, single mom Anna Noguera lived in a one-room motel with her three children. She was working to save for an apartment and furnishings, but the rent took up too large of a percentage of Anna’s gross income.

“Every day, we thanked God we had a roof over our head, but we lacked stability,” Noguera said.

The Noguera family along with three other homeowners were recently issued the keys to their new affordable homes in Apopka, which granted them this much-needed stability.

The celebration was part of the conclusion of the 2019 Builders Blitz, a partnership between Habitat for Humanity Greater Orlando & Osceola County, Orange County Government and four builders who built four new homes in Arbor Bend in South Apopka in just five days (between Feb. 4 – 8, 2019).

Mayor Demings stressed events such as these highlight the importance of public-private partnerships and he said to expect more partnerships on the horizon for Orange County. The County has given $1.6 million in total funding to help with the land acquisition and development of Arbor Bend, which will construct a total of 56 single-family homes in this area that are vital to support affordable housing initiatives. The Orange County Division of Building Safety also expedited all permitting and were onsite to move the process along.

“We can’t do what we do without Orange County Government coming to the table with its vision, planning and help to make Arbor Bend a reality,” said Catherine Steck McManus, president & CEO of Habitat Orlando & Osceola. “But everyone can make a difference to make affordable housing a reality. Imagine not knowing where you are going to live in three months. Many of those who are worried about this are people we know or work with – we probably just don’t know it.”

“Today you are getting a Bible, a key, a hammer and a home … it doesn’t get much better than this,” Mayor Demings said to the new homeowners. “On behalf of all the 1.4 million residents in Orange County, congratulations on your new home. Thank you to everyone who made these dreams of affordable homeownership a reality.”

All the Habitat homeowners are required to volunteer at least 200 hours in order to fulfill “sweat equity” to qualify for homeownership. In addition, all take more than 17 classes on homeownership. Mortgage payments will be no more than 30 percent of their annual income.

“This is not just a house – it represents strength, stability and independence to me,” said Noguera, who teared up when she walked through the home. “And this stability will in turn increase the stability of my children’s lives. For that, I am forever grateful. One of my children wants to be a pediatric nurse. The future is bright and I know they will all have a positive impact on our community – and this permanence helps them achieve their goals.”

The stories of the families benefiting from this unprecedented partnership are a testament to the success of Orange County’s focus on community and its commitment to finding affordable housing solutions.