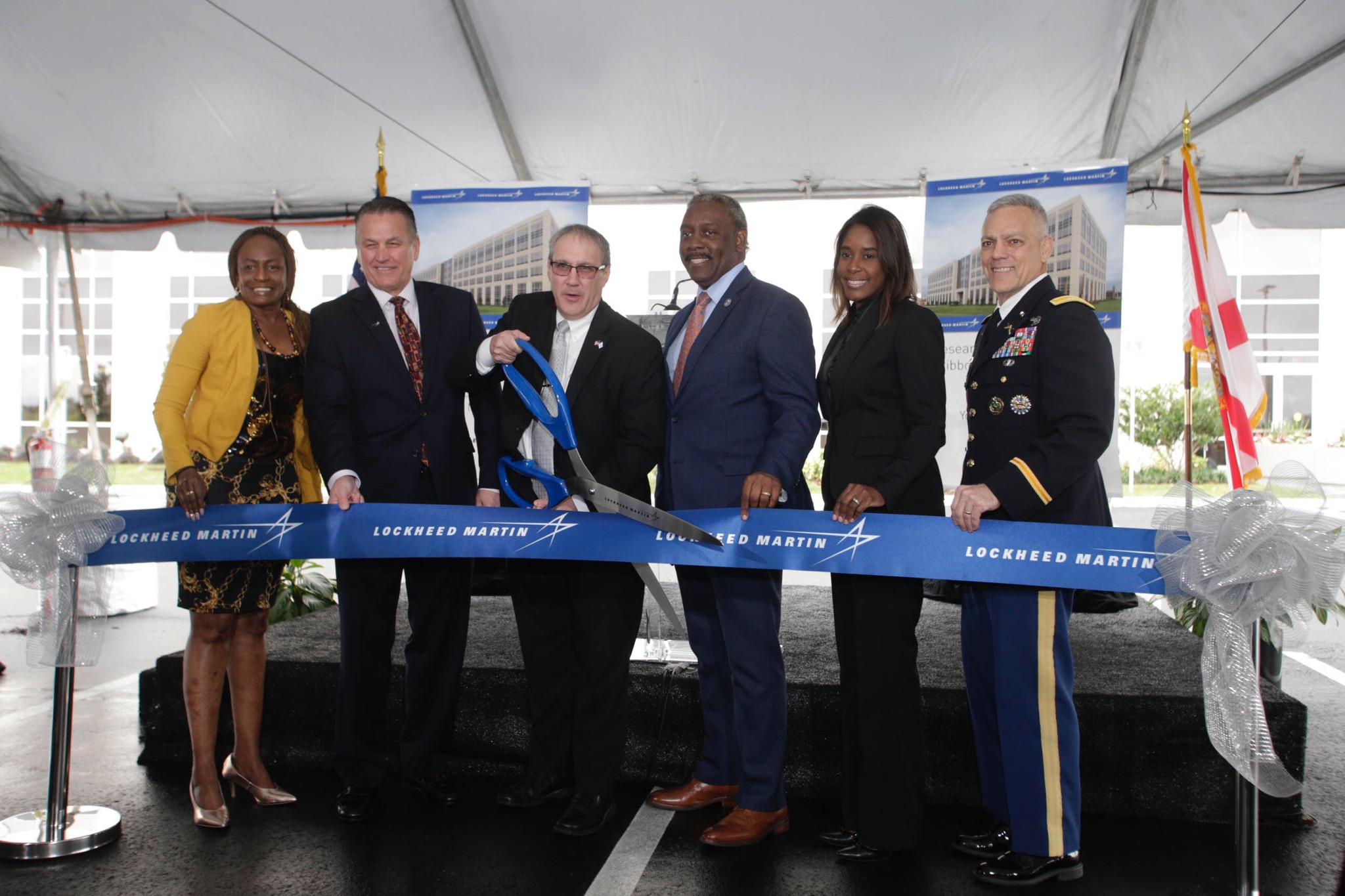 Since 2017, Lockheed Martin has created more than 1,000 jobs to support this facility and others in Orlando, with hundreds more expected over the next three to five years.

“I am proud to recognize Lockheed Martin’s continued investment in our community through the expansion of its new research and development building and the hundreds of new high-wage jobs the company is creating,” said Jerry L. Demings, Orange County Mayor. “Lockheed Martin and other businesses help drive innovation and opportunities across Orange County and worldwide.”

Lockheed Martin officially broke ground for the six-story building on Feb. 14, 2018, with an aggressive goal of completing it in a year. Employees in the building will support engineering, program management and business operations for Lockheed Martin Missiles and Fire Control’s Orlando site.

“Orlando is known for its skilled workforce and strong economic climate, thanks in large part to the foundation laid by Lockheed Martin’s location to Central Florida more than 60 years ago,” said Orlando Mayor Buddy Dyer. “This announcement demonstrates Lockheed Martin’s continued commitment to our residents, their families and our Armed Forces by providing high-paying jobs and a state-of-the-art facility that will develop some of the most advanced technology in the industry right here in Orlando.”

Additionally, Lockheed Martin Executive Vice President Frank St. John said, “The Research & Development II facility expands our robust Florida presence and fosters significant opportunities for collaboration and innovation among our employees. We will continue our strong partnerships with local and state governments, community partners and area universities to grow our business, our workforce and the critical capabilities we provide to customers worldwide.”